Swampert is a dual type Water and Ground Pokemon introduced in Generation III. It evolves from Marshtomp starting at level 36. It is the final form of Mudkip. It can Mega Evolve into Mega Swampert using the Swampertite. Take a look below for 28 fun and fascinating facts about Swampert.

1. Swampert is a large amphibian like creature with a primarily cobalt blue body and four limbs, including two long forelimbs and short, thickset back legs.

2. Swampert is nominally bipedal, able to stand on its three-toed feet, but on land, it generally assumes a posture crouched over on all fours.

3. It has orange conical gills that protrude from round patches on either side of its face.

4. Two large fan-like black fins extend from the top of its orange eyes to the back of its head.

6. Swampert has a white underside as well as orange ridged padding on its forearms and thighs.

7. Swampert boasts the physical strength to easily drag a boulder weighing more than a ton, batter down opponents, and swim faster than a jet ski.

8. It has keen eyesight, enabling it to see in murky waters.

9. Swampert also has the ability to predict storms, sensing subtle differences in the sounds of waves and tidal winds with its fins.

10. When a storm is approaching, Swampert will pile up boulders to protect its nest.

11. It makes its nests on beautiful beaches.

12. As Mega Swampert, this Pokémon gains considerable bulk. Its upper body and arms become more muscular, bulging compared to its squat lower body. The orange padding on Swampert’s thighs vanish, but it gains two additional patches of orange padding on each wrist and another patch on each shoulder. This padding and its gills become a darker, redder shade of orange, while the gills are now larger and bulbous, with filaments extending past its mouth.

13. The black fins on its head are thicker and now extend down past its shoulders. The black tail fin is still shaped like an upward-turned fan, but it now forms a short ridge that extends up to this Pokémon’s forehead, flanked on either side by the aforementioned head-fins.

14. The digits on Mega Swampert’s “hands” take on a black color and now feature better defined articulations. According to the anime, Mega Swampert fills the organs on its back with air before diving underwater or battling; it uses that pressure to increase the power of its punches.

15. Mega Swampert is the only Pokémon with a base stat total of 635.

16. Swampert and its pre-evolution Marshtomp are the only starter Pokémon to have a 4× weakness against another starter type.

17. Like its pre-evolved forms, Swampert is based on the mudpuppy, axolotl, mudskipper, or possibly the gilled African lungfish.

18. Swampert may be a combination of swamp and rampart or expert, or a corruption of the word earth.

19. Swampert debuted in Abandon Ship!, under the ownership of Tommy. It evolved from a Marshtomp that was living in an abandoned ship ever since it was accidentally separated from Tommy. Since then, it believed that Tommy had abandoned it. When Ash and his friends arrived on the abandoned ship and ran into Tommy, they started to get captured by Swampert one by one and trapped in the webbing of its Spinarak partner until only Ash, Brock, Tommy, and Pikachu were left. After getting Swampert to remember him, and informing it that it wasn’t abandoned after all, Tommy ended up reuniting with Swampert.

20. A Swampert appeared in Saved by the Beldum, under the ownership of Morrison. He first introduced it to Ash and his friends. Morrison then used it in a battle against Ash’s Corphish, which resulted in a tie.

21. A Swampert appeared in Tactics Theatrics!!, under the ownership of Tucker. He used it and an Arcanine to battle Ash’s Corphish and Swellow in a Double Battle at the Battle Dome.

22. A Swampert appeared in Leading a Stray!, where it aggressively tried to defend its territory during Ash and his friends’ efforts to help a Wailmer trapped in the sewers. It was eventually defeated by Ash’s Grotle.

23. A Swampert that can Mega Evolve appeared in Volcanion and the Mechanical Marvel, under the control of Levi and Cherie’s Mega Wave. Swampert was used to battled against Ash’s Pikachu, Talonflame, and Clemont’s Chespin. It was later freed from their control when Alva’s Mega Wave Crystal was destroyed, and it escaped.

24. A Coordinator’s Swampert appeared in a flashback in Delcatty Got Your Tongue. It was defeated by Dr. Abby’s Skitty during the Grand Festival.

25. A Swampert owned by Brendan was shown during his cameo appearance in Pokémon Ranger and the Temple of the Sea. It was seen battling against Rebecca’s Tyranitar.

26. A Coordinator’s Swampert appeared in Deceit and Assist.

27. A Trainer’s Swampert appeared in a fantasy in Like a Meowth to a Flame.

28. A Swampert appeared in a flashback in Mutiny in the Bounty! as one of J’s captured Pokémon. 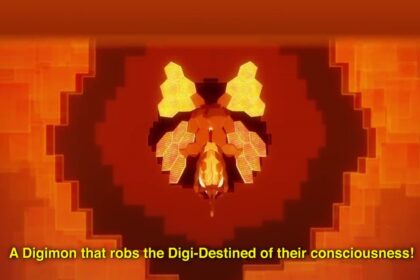 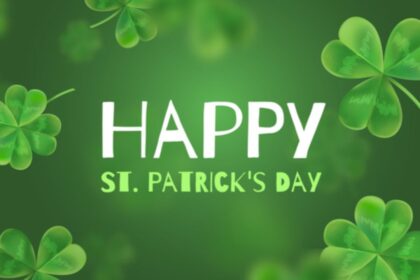