Batman is a superhero that appears in American comic books published by DC Comics. He was created by artist Bob Kane and writer Bill Finger, and he first appeared in Detective Comics #27. He was originally named the “Bat-Man”, while also being referred to as the Caped Crusader, the Dark Knight and the World’s Greatest Detective. Take a look below for 30 more fascinating and bizarre facts about Batman.

1. The initial Batman stories were very violent. Batman had no problems about carrying a gun and killing his foes. Only later did he develop a code in which he refused to do either of those things, so he didn’t sink to the level of the man who killed his parents.

2. Bruce Wayne is named after the Scottish hero Robert the Bruce and American Revolutionary hero Mad Anthony Wayne who, according to the comics, turns out to be Batman’s ancestor.

4. The backgrounds of Batman: The Animated Series were drawn on black paper instead of white in order to show a darker tone.

5. There was a planned sequel to the 1997 Batman and Robin, with radio talk show host Howard Stern considered to play Scarecrow.

6. In 2008, the Mayor of Batman, Turkey, wanted to sue Warner Brother and Christopher Nolan for using the city’s name without permission. 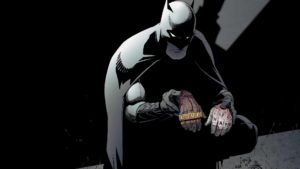 7. While filming Batman Begins, someone crashed into the Batmobile due to panic, thinking that it was an invading alien vehicle.

8. The University of Victoria in Canada has a course in the science of Batman.

9. There is another version of Batman where Bruce Wayne dies and his father becomes Batman and his mother becomes the Joker.

10. The Lamborghini driven by Bruce Wayne in Christopher Nolan’s Batman Trilogy is a Murcielago. Murcielago is Spanish for “bat.”

11. Batman was originally created as combination of Zorro, Dracula and the Shadow.

12. Christopher Nolan planned to continue Joker’s story in The Dark Knight Rises. If Heath Ledger had been alive to play the part, the finale would have involved the Joker going on trial.

13. Bob Kane based Batman’s wings off of Leonardo Da Vinci’s invention, “The Ornithopter.” Interestingly enough, like Batman, Da Vinci lost his father at a young age and endured a similar traumatic, and well documented, “cave experience” when he was a boy.

14. Michael Keaton starred in two versions of Batman, the 1989 Batman and the 1992 Batman Returns. Even though both films were well received, Keaton’s casting caused a protest among comic books fans as they believed that Keaton would be too funny in the role.

16. Forbes Magazine once listed Bruce Wayne on their list of the Richest “Fictional Fifteen” with a net worth of $6.5 billion. 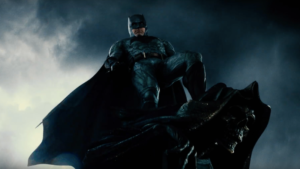 17. When Jack Nicholson accepted the role of Joker in the 1989 Batman movie, he accepted a pay cut on his salary in exchange for a share of merchandise sales. He made $6 million in salary, but he pocketed $411 million from merchandise sales.

18. During the opening scene of the Dark Knight Rises, a real plane was chartered to film the scene. That exact plane, an Embraer 110-P1 registered as ZS-NVB, crashed 2 years later in Botswana; there were no survivors.

19. The 1992 movie Batman Returns had a dozen king penguins. It cost over $1 million to keep the penguins healthy and comfortable. They also had 24/7 security protection.

20. The Dark Knight had actual off-duty police officers as extras. The movie required so many extras that officers were recruited from all across the state to join the production.

21. In the comics, after his first unsuccessful night of fighting crime, Bruce realized that he needed an edge. Since criminals are superstitious, to fight them more effectively, he needed a symbol that would strike terror in their hearts. Then, a bat flew through the window, giving him the symbol he was looking for.

22. According to Alfred in Batman #701, Mulligatawny soup, which is an English chicken and lamb soup based on a Tamil recipe, is Batman’s favorite food.

23. While Bill Finger and Bob Kane created the Joker and Kerry Robinson sketched it, the character was heavily inspired by a photo of actor Conrad Veidt as Gwynplaine, which was a man with a disfigured face, giving him a perpetual grin, in the 1928 film adaption of Victor Hugo’s The Man Who Laughs.

24. In 1964, Andy Warhol produced and directed a Batman movie called Batman Dracula, without DC’s permission. The movie was the first to feature a campy styled Batman as a homage to the series from Warhol. 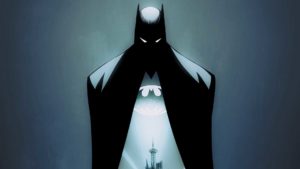 26. The role of Batman is most commonly associated with actors such as Michael Keaton, Christian Bale and Val Kilmer, however, the most frequent portrayed of Batman is Kevin Conroy. Kevin was the voice of Batman in 11 animated movies.

27. The Dark Knight was the first movie to be ranked number 1 on the IMDb within 2 days of its theatrical release.

29. Batman had a child with Talia al Ghul during their marriage. The child was named Ibn al Xu’ffasch.

30. Atmahn is the name given to Batman when he acquired the powers of a god and oversaw the proto Earth-1 with Superman and Wonder Woman. 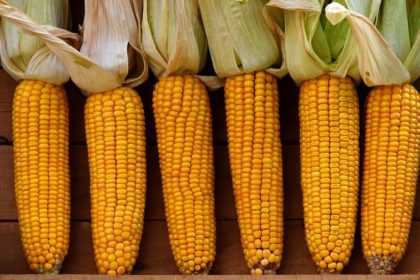 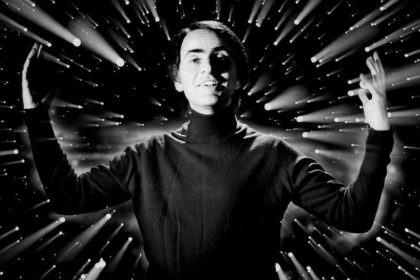