The Dark Knight is a 2008 superhero movie directed, produced, and co-written by Christopher Nolan. Featuring the DC Comics character Batman, the movie is the second part of Nolan’s The Dark Knight Trilogy and a sequel to 2005’s Batman Begins. Take a look below for 30 more interesting and fascinating facts about The Dark Knight.

2. In the movie, Batman, Police Lieutenant James Gordon and District Attorney Harvey Dent form an alliance to dismantle organized crime in Gotham City, but are menaced by a criminal mastermind known as the Joker, who seeks to undermine Batman’s influence and create chaos.

3. Christopher Nolan’s inspiration for the movie was the Joker’s comic book debut in 1940, the 1988 graphic novel The Killing Joke, and the 1996 series The Long Halloween, which retold Two-Face’s origin.

4. Considered by film critics to be one of the best movies of the 2000s and one of the best superhero movies ever, the movie received highly positive reviews, particularly for its screenplay, performances, visual effects and direction, and set numerous records during its theatrical run. 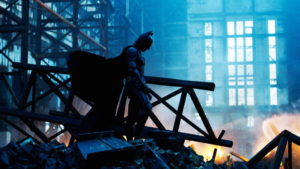 7. The Dark Knight made more money than Batman Begins’ entire domestic run in only six days of release.

8. While the movie was filming a chase scene on Lake Street, the Chicago Police Department received several calls from concerned citizens stating that the police were involved in a vehicle pursuit of a dark vehicle of unknown make or model.

9. While the movie is dedicated to Heath Ledger, it also bears a dedication to Conway Wickliffe, a stuntman who was killed when the car he was driving crashed.

10. While filming the chase scene with the Joker and the SWAT vans, one of only four IMAX cameras in the world at that time was destroyed.

11. In the documentary I Am Heath Ledger, Heath Ledger’s vocal coach on the movie, Gerry Grennell, stated that Heath had to continuously lick his lips due to his prosthetic coming off whenever he spoke. He eventually made this a tic of the character as he was filming.

12. The character of Reese is an allusion to The Riddler, who attempts to reveal the identity of Batman. Much like Edward Nygma, whose name sounds like “enigma”, Mr. Reese sounds like “mysteries.” 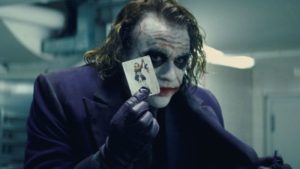 13. The Dark Knight was the first comic book movie to reach the $1 billion dollar mark.

14. According to Christopher Nolan, Bruce Wayne’s reasons for needing a new Batsuit, to be faster and more agile, were, in fact, the real reasons why Nolan wanted the Batsuit to be redesigned for the movie.

15. Blood is only ever seen four times on-screen: on the face of the civilian Batman that the Joker hangs, on Harvey’s pillow in the hospital, on Batman’s arm due to the dog attacking him, and briefly on the back of Jim Gordon when he’s shot during the funeral scene. Most of the violence occurs off-screen or is obscured by camera angles.

16. The Dark Knight is the first Batman movie where Batman operates outside of Gotham.

17. Christopher Nolan and his co-writers, Jonathan Nolan and David S. Goyer, made the decision very early on not to explore the Joker’s origins. This was so that the character could be presented as an “absolute.”

18. Heath Ledger’s posthumous Best Actor in a Supporting Role Oscar win, marks the first time an Academy Award has been awarded, in a major category, to a comic book movie. 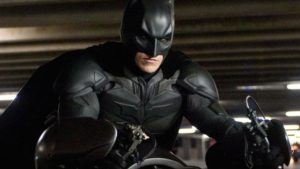 19. The Batman theme is heard only twice in the movie, as composers Hans Zimmer and James Newton Howard decided that a heroic theme that a viewer could hum would overlook the complexity and darkness of the character. Hearing the tune only twice would create what Zimmer calls, “a musical foreshadowing.”

20. During the chase scene, when the Joker takes over driving the semi after his driver is killed, the bullet holes on the windshield form a smiley face.

21. Bruce Wayne drives a Lamborghini Murcielago in the movie. The Spanish word for “bat” is “murcielago.”

22. Christian Bale admitted that he didn’t pack on as much muscle weight for The Dark Knight as he did for Batman Begins, in part due to keeping with the new Batsuit design, which is leaner and more flexible.

23. The bus crashing backwards into the bank in the opening sequence was much harder to pull off than was anticipated. The bus had to be taken apart and reassembled inside the building, concealed behind a large false wall, and then propelled backwards with an air cannon.

24. Christian Bale got to keep the Batman mask from the movie after filming. He wanted to keep the entire uniform, but he didn’t have enough room for it.

25. In their face to face confrontations, neither Batman nor Joker refer to one another by name. 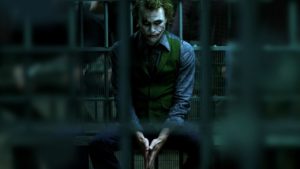 26. The Joker make-up was composed of three pieces of stamped silicone, which took less than an hour to apply to Heath Ledger on each day of shooting. Ledger described it as, “new technology which is much quicker to apply than regular prosthetics.” He felt like he wasn’t wearing any make-up at all.

27. Bruce Wayne’s penthouse was actually shot on the ground floor of an office building in downtown Chicago. During the daytime, the same space was re-dressed and used for Harvey Den’t press conference scenes.

28. In the movie, Bruce asks Lucius Fox for a new Batman suit with head piece that is, “easier to look around in.” This is a comical reference to older Batman movies in which the actors playing Batman wore a suit that had a solid head piece covering the head, neck and shoulders. This made it impossible for the actors to turn their heads and instead had to turn their entire torso to look at their targets.

29. After seeing his performance in Thank You for Smoking, Christopher Nolan thought that Aaron Eckhart would be perfect for the role of District Attorney Harvey Dent.

30. When Harvey Dent disarms the witness in court, he removes the magazine and holds it in his little finger. This is actually the correct procedure for emergency reloads and correcting malfunctions. 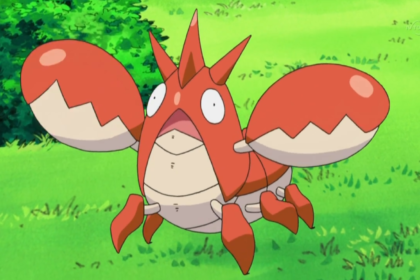 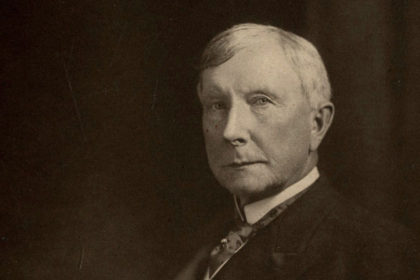 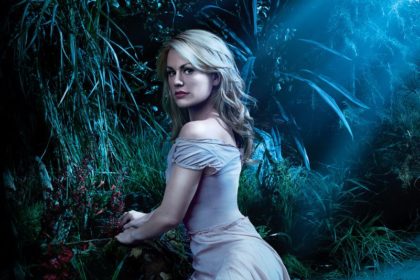