Marill is a dual type Water and Fairy Pokemon introduced in Generation II. Prior to Generation VI, it was a pure Water type Pokemon. It evolves from Azurill when leveled up with high friendship and evolves into Azumarill starting at level 18. Take a look below for 27 fun and interesting facts about Marill.

2. It has a nearly spherical shape with a white belly, and has round ears with red insides.

4. Its arms and feet are short and possess no visible digits.

5. There is a blue, bubble-like ball at the tip of its zigzagging black tail.

6. The tail is flexible and configured to stretch, and the ball is full of oil.

7. The oil is lighter than water, and keeps Marill afloat in the water.

8. In the anime, Marill was shown to be able to bounce on its tail.

9. Marill is able to swim in strong water currents without being slowed down by the water’s resistance, due to its water-repellent fur.

10. Marill feeds on aquatic plants in addition to fishing for food.

11. When it dives, its tail can be seen bobbing on the water’s surface.

12. It will anchor its tail around a tree when fishing at the edge of a fast moving stream.

14. Marill’s early design had a pink body instead of blue, noticeably smaller ears, and lacked the erratic tail pattern.

15. For months prior to the release of Pokémon Gold and Silver, Marill was often incorrectly referred to as “Pikablu”, likely because of its slight resemblance to Pikachu.

16. Marill is tied with Togepi and Azurill for having the lowest base Attack of all Fairy-type Pokémon.

17. Because Azurill’s gender ratio does not match that of its evolved forms and its evolution is not dependent on gender, being female 75% of the time while Marill and Azumarill are female only 50% of the time, female Azurill have a one in three chance of evolving into a male Marill prior to Generation VI. Whether or not this will happen is determined by its personality value. Azurill is the only Pokémon to do this.

18. Marill’s name was originally spelled Marril, as shown in some merchandise for the first movie.

19. Marill is the only Pokémon that evolves from a baby Pokémon and has a level requirement for evolving further.

20. Marill may be based on a combination of a mouse and a beach ball or possibly a personal flotation device or lifebuoy. Its body and ears also resemble a water molecule.

21. Marill and Maril may be a combination of marui (round or circular) or mari (ball), ruri (lapis lazuli), and possibly rill (a small river or brook).

22. Tracey owns a Marill, which debuted in The Crystal Onix, thus also marking the species’ main series debut. It was friendly and had a nurturing instinct.

23. Lyra owns a Marill, which debuted in An Egg Scramble!. It was her main Pokémon.

24. A Marill with the ability to Sing debuted in PK18. It reappeared in PK19, PK20, and PK21. Marill would frequently sing, causing Meowth and Team Rocket’s other Pokémon to go to sleep, which would make it angry and puff up, much like Jigglypuff‘s role.

25. Marill debuted in Pikachu’s Vacation. It was one of the four Pokémon causing trouble for Pikachu and his friends at the Pokémon Theme Park, the others being Raichu, Snubbull, and Cubone.

26. A Marill appeared in For Crying Out Loud, under the ownership of Wilhomena. This one was a bit of a crybaby and it got lost in a forest with Misty. It reappeared in a flashback in the Japanese version of Gotta Catch Ya Later!.

27. A Marill appeared in Right on, Rhydon, under the ownership of Pietra. She used it to battle and ultimately catch a Rhydon that knew Surf in order to help her with her digging project. 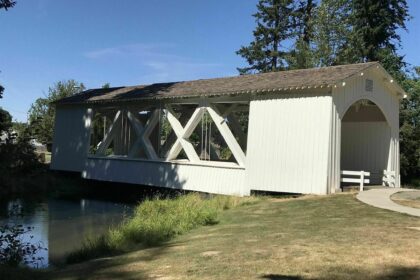 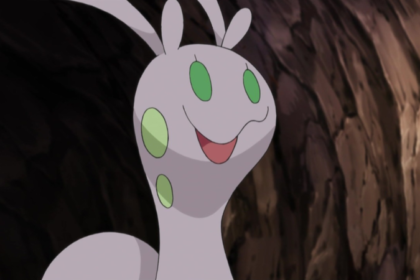