Drifloon is a dual type Ghost and Flying Pokemon introduced in Generation IV. It evolves into Drifblim starting at level 28. Take a look below for 24 fun and interesting facts about Drifloon.

1. Drifloon has a spherical, purple body with two stringy arms that have yellow, heart shaped hands on the ends of them.

2. At the base of its body is a frayed protrusion that resembles the tied end of a balloon.

4. Located on either side of the “X” are its small, black eyes.

5. A white mass of fluff that resembles a cloud sits on top of Drifloon’s head.

6. Drifloon are created from many souls gathering together.

7. Due to its aimless drifting, this species is known as “Signpost for Wandering Spirits”.

8. Drifloon seeks out children due to it deserving company. It has been known to steal children that mistake it for a regular balloon. However it dislikes stealing heavy children.

9. Drifloon’s round body expands from the souls it collects.

10. When the body explodes, the soul unleashes a screeching sound.However, due to its light weight, it can be resisted easily and is often pulled around.

11. This results in Drifloon running away from any children that is rough with it.

12. Although created by lost spirits of Pokémon and people, as seen in the anime, it can be friendly and helpful.

13. It prefers to reside in damp, humid locations and can expand or shrink to express its feelings.

14. Drifloon was the first Generation IV Pokémon to be shown in Super Smash Bros. Brawl.

15. In the Japanese version of Pearl’s Pokédex entry, Drifloon specifically takes children to the “world of the dead”, instead of just trying to “steal them away” as in the English version. However, in the US release of Super Smash Bros. Brawl, the description along with Drifloon’s trophy still states that it is “taking children to the underworld”.

16. Drifloon shares its category with Jigglypuff‘s evolutionary family and Qwilfish. They are all known as the Balloon Pokémon.

17. Drifloon and Drifblim are the only Pokémon not introduced in Generation III to be found in the Fluctuating Experience Group.

18. Drifloon are based on balloons. They also resemble comb jellies, specifically tentaculata.

19. Drifloon is a combination of drift and balloon.

20. Fantina owns a Drifloon, which debuted in Playing The Leveling Field!. It evolved into Drifblim while battling Ash’s Pikachu in the same episode.

21. Four Drifloon debuted in Drifloon on the Wind!, under the ownership of Marnie and Paige. They were commonly used for transport. Marnie owned three of the Drifloon, while Paige owned the fourth.

22. Multiple Drifloon appeared in PK18, where Pikachu and his friends grabbed on to them while escaping from Meowth and his cronies. Meowth’s group was later forced to hold on to more after being blasted off by a Registeel.

23. A Drifloon appeared in A Full Course Tag Battle!, under the ownership of Kylie. It was used alongside Roman’s Girafarig in a Tag Battle against Dawn’s Piplup and May’s Blaziken. Drifloon was ultimately defeated by a combination of Piplup’s Bubble Beam and Blaziken’s Fire Spin.

24. Multiple Drifloon appeared in PK20, where Pikachu and his friends grabbed on to them while pursuing a Murkrow that had taken a large diamond ring piece. 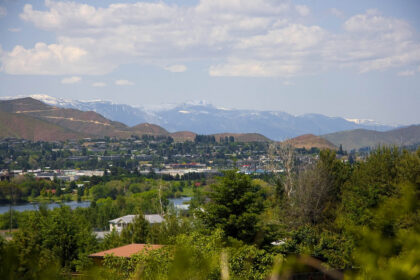 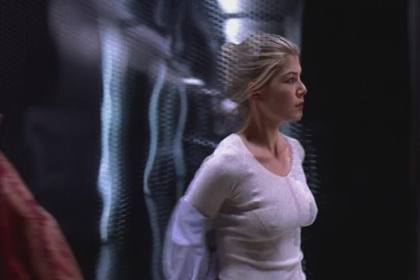