Elvis Aaron Presley was an American singer and actor. Regarded as one of the most significant cultural icons of the 20th century, he is often referred to as the “King of Rock and Roll” or simply “the King.” Take a look below for 30 more fun and interesting facts about Elvis Presley.

1. Presley was born in Tupelo, Mississippi, and relocated to Memphis, Tennessee, with his family when he was 13 years old.

2. His music career began in Memphis, Tennessee, in 1954, recording at Sun Records with producer Sam Phillips, who wanted to bring the sound of African American music to a wider audience.

3. Accompanied by guitarist Scotty Moore and bassist Bill Black, Presley was a pioneer of rockabilly, an uptempo, backbeat-driven fusion of country music and rhythm and blues.

4. In 1955, drummer D.J. Fontana joined to complete the lineup of Presley’s classic quartet and RCA Victor acquired his contract in a deal arranged by Colonel Tom Parker, who would manage the singer for more than two decades.

5. Presley’s first RCA single, “Heartbreak Hotel,” was released in January 1956 and became a number one hit in the United States. 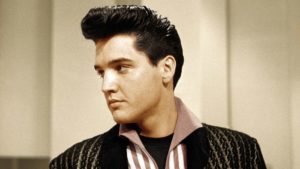 6. With a series of successful network television appearances and chart-topping records, he became the leading figure of the newly popular sound of rock and roll.

7. His energized interpretations of songs and sexually provocative performance style, combined with a singularly potent mix of influences across color lines during a transformative era in race relations, made him massively popular and controversial.

8. In November 1956, Presley made his film debut in Love Me Tender.

9. Drafted into military service in 1958, Presley relaunched his recording career two years later with some of his most commercially successful work.

10. He held few concerts, however, and guided by Parker, proceeded to devote much of the 1960s to making Hollywood movies and soundtrack albums, most of them critically derided.

11. In 1968, following a seven year break from live performances, he returned to the stage in the acclaimed television comeback special Elvis, which led to an extended Las Vegas concert residency and a string of highly profitable tours. 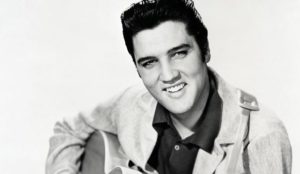 12. In 1973, Presley gave the first concert by a solo artist to be broadcast around the world, Aloha from Hawaii.

13. Years of prescription drug abuse compromised his health, and he died suddenly in 1977, at his Graceland estate at the age of 42.

14. Presley is one of the most celebrated and influential musicians of the 20th century.

15. Commercially successful in many genres, including pop, country, blues and gospel, he is the best selling solo artist in the history of recorded music.

16. Presley won three competitive Grammy’s, received the Grammy Lifetime Achievement Award at the age of 36, and has been inducted into multiple music halls of fame.

18. He bought his first guitar when he was just 11 years old. He wanted a rifle, but his mother convinced him to get a guitar instead. 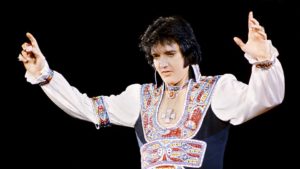 21. In 1954, Presley auditioned for a gospel quartet named the Songfellows, however, they said no.

22. In 1954, a local radio DJ played Presley’s version of That’s All Right. He went on to play it 13 more times that day, but had trouble convincing his audience that Presley was white.

23. His breakthrough hit was Heartbreak Hotel, which was released in 1956. The song was inspired by a newspaper article about a local suicide.

24. When performing on television in 1956, host Milton Berle advised Elvis to perform without his guitar, reportedly saying, “Let ’em see you, son.” Presley’s gyrating hips caused outrage across the United States and within days he was nicknamed Elvis the Pelvis.

25. A Florida judge called Presley a “savage” in 1956, because he said that his music was “undermining the youth.” He was subsequently forbidden from shaking his body at a show, so he waggled his finger instead in protest.

26. Presley played only five concerts outside the United States, all on a three day tour of Canada in 1957. Many believe that the reason why he never toured abroad again was that his longtime manager, Colonel Tom Parker, was an illegal immigrant from Holland who would have been deported had he applied for a U.S. passport. 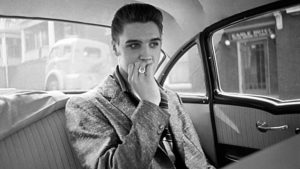 28. In 1956, he began his movie career with a western, Love Me Tender. His second movie, Loving You, featured his parents as audience members. Following his mother’s death in 1957, he never watched the movie again. He went on to make a total of 31 movies in his career.

29. In December 1957, Presley was drafted into the U.S. Army, earning a $78 monthly salary. During his brief two year stint on active duty, he was unable to access his music generated income of $400,000.

30. In 1959, while serving overseas in Germany, Presley, then 24 years old, met his future wife, 14 year old Priscilla Beaulieu. They were married 8 years later. 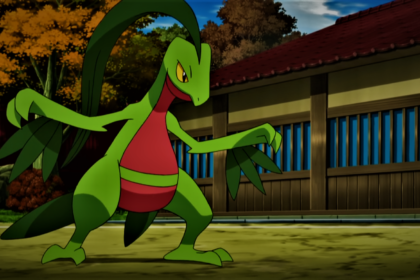 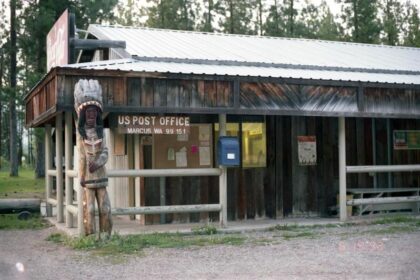 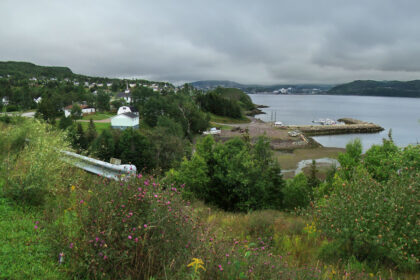