1. The movie was directed by Anthony and Joe Russo, with a screenplay by the writing team of Christopher Markus and Stephen McFeely.

5. While the directors aimed for more realism, with focus on practical effects and intense stunt work, 2,500 visual effects shots were done by six different companies. 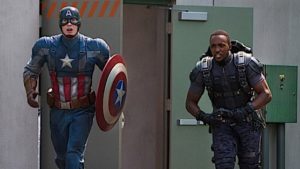 6. The movie was a critical and commercial success, grossing over $714 million worldwide, making it the seventh highest grossing movie of 2014.

8. Anthony Mackie’s appearance in the movie fulfills his dream of playing a Marvel comic book character. He wrote a series of email pleas to Marvel, wanting to play any comic character that would appear in a movie. Though the studio repeatedly replied to him that they will respond in due time, Mackie’s emails caught the attention of Kevin Feige, who subsequently offered him the role of Sam Wilson, who’s also known as Falcon.

10. In several scenes, Black Widow wears a necklace with an arrow on it. This is a reference to her teammate Hawkeye. The necklace was Scarlett Johansson’s idea.

11. When the helicarriers are looking for their targets, on one of the monitors, there is a wire-frame model of the former Star Tower in New York City, now sporting the Avengers sign. In the same image, is a mugshot of Tony Stark, on the right hand side, as a HYDRA target. 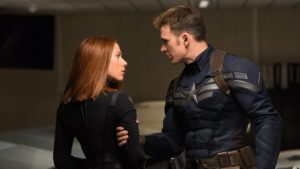 12. A deleted scene in The Avengers shows Steve learning what happened to his commandos and to Peggy Carter. The footage is included in Captain America: The Winter Soldier.

13. Chris Evans and Scarlett Johansson wrote their own dialogue for several scenes they had together.

14. The Falcon’s flight gear sports a Star Industries logo. This indicates that they are the manufacturer.

15. Robert Redford wanted to do the movie because his grandchildren are fans of Marvel movies, and he wanted them to see him in one.

16. To prepare for the role of the Winter Soldier, Sebastian Stan went through five months of physical training and historical research. He said, “I dove into the whole Cold War history. I looked at the KGB. I looked at all kinds of spy movies, and all kinds of documentaries about that time, and what it was about. I grabbed anything from that time period and anything about brainwashing.”

17. Captain America’s new costume takes cues from the Super-Soldier outfit he wore when he served as the Director of S.H.I.E.L.D. in the comics.

18. When asked why Tony Stark, Bruce Banner, or any of the other Avengers weren’t called to help Captain America or Black Widow in the movie, the screen writers explained that the movie only takes place in about three days, therefore, the characters didn’t have a chance to contact them. 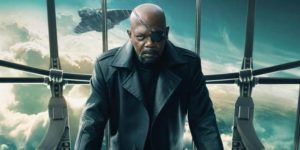 19. The elevator fight with the Strike Team attempting to take Captain America prisoner, is an homage to the Civil War story arc, when Captain America refuses to participate in the government’s plan to register all superheroes, and S.H.I.E.L.D. attempts to take him prisoner.

20. The scene where Captain America jumps out of a plane, without bothering to use a parachute, is an homage to a similar scene from the first issue of “The Ultimates” comic.

21. The mall which Black Widow and Captain America visit in order to find the origin of the encrypted USB stick is called the Tower City Center in Cleveland, Ohio. The front of the building, and its concourse, were used in The Avengers as the opera hall, in which Loki confronts German opera patrons.

23. In an attempt to prevent spoilers and keep secrecy, the working title of the project while filming was “Freezer Burn.”

24. A deleted scene shows Maria Hill and Sitwell talking after Captain America’s escape, ending with her being put under investigation because of her mild taunt that Rogers tends to inspire loyalty.

25. The filmmakers described the Winter Soldier as a negative image of Captain America. 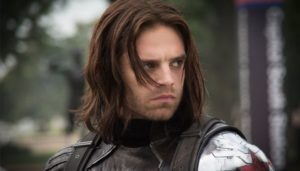 27. Anthony Mackie likes to say, “cut the check,” whenever something had gone right or a scene had been completed. The phrase caught on during filming, and before long everyone on set was saying it. However, according to the directors, he overdid it so many times that it started to lose effect after a while.

29. When Captain America and Black Widow find Zola’s supercomputer, it identifies Black Widow as being born in 1984, the same year as Scarlett Johansson.

30. UFC Welterweight champion Georges St-Pierre plays an Algerian mercenary in the movie. For the filmmakers, landing the popular MMA fighter for the role, was a stroke of luck and good timing, but it was equally a stroke of luck for St. Pierre, who was excited to get his first chance at being in a big action movie. 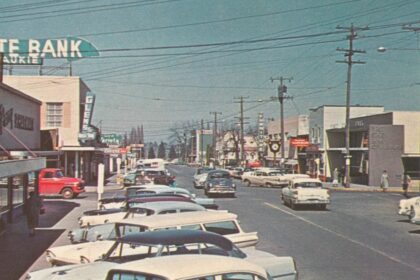 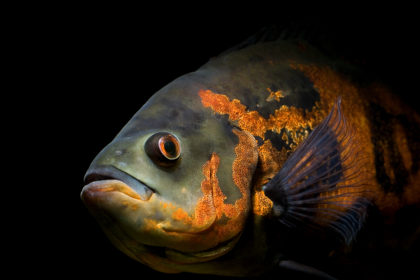 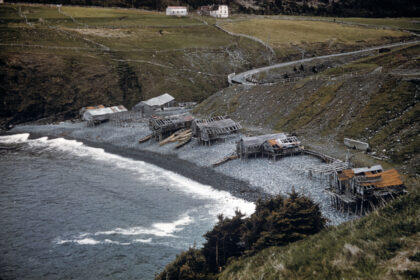