Ernest “Che’ Guevara was an Argentine Marxist revolutionary, physician, author, guerrilla leader, diplomat, and military theorist. A major figure of the Cuban Revolution, his stylized visage has become a ubiquitous counterculture symbol of rebellion and a global insignia in popular culture. Take a look below for 30 more interesting and bizarre facts about Che Guevara.

1. As a young medical student, Guevara traveled throughout South American and was radicalized by the poverty, hunger and disease he witnessed.

2. His burgeoning desire to overturn what he saw as the capitalist exploitation of Latin America by the United States prompted his involvement in Guatemala’s social reforms under President Jacobo Arbenz, whose eventual CIA-assisted overthrow at the behest of the United Fruit Company solidified Guevara’s political ideology.

3. In Mexico City, Guevara met Raul and Fidel Castro, joined their 26th of July Movement and sailed to Cuba aboard the yacht Granma with the intention of overthrowing U.S. backed Cuban dictator Fulgencio Batista.

4. Guevara soon rose to prominence among the insurgents, was promote to second in command and played a pivotal role in the victorious two-year guerrilla campaign that deposed the Batista regime.

5. Following the Cuban Revolution, Guevara performed a number of key roles in the new government. These included reviewing the appeals and firing squads for those convicted as war criminals during the revolutionary tribunals, instituting agrarian land reform as minister of industries, helping spearhead a successful nationwide literacy campaign, serving as both national bank president and instructional director for Cuba’s armed forces, and traversing the globe as a diplomat on behalf of Cuban socialism. 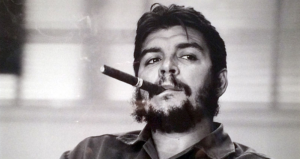 6. His position in the revolutionary tribunals allowed him to play a central role in training militia forces who repelled the Bay of Pigs Invasion and bringing the Soviet nuclear armed ballistic missiles to Cuba, which precipitated the 1962 Cuban Missile Crisis.

7. Guevara was a prolific writer and diarist, composing a seminal manual on guerrilla warfare, along with a best-selling memoir about his youthful continental motorcycle journey.

8. His experiences and studying of Marxism-Leninism led him to posit that the Third World’s underdevelopment and dependence was an intrinsic result of imperialism, neocolonialism and monopoly capitalism, with the only remedy being proletarian internationalism and world revolution.

9. Guevara left Cuba in 1965 to foment revolution abroad, first unsuccessfully in Congo-Kinshasa and later in Bolivia, where he was captured by CIA-assisted Bolivian forces and executed.

10. Guevara remains both a revered and reviled historical figure, polarized in the collective imagination in a multitude of biographies, memories, essays, documentaries, songs and films.

11. As a result of his perceived martyrdom, poetic invocations for class struggle and desire to create the consciousness of a “new man” driven by moral rather than material incentives, Guevara has evolved into a quintessential icon of various leftist movements. 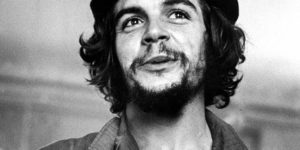 12. Time Magazine named him one of the 100 most influential people of the 20th century, while an Alberto Korda photograph of him, titled Guerrillero Heroico, was cited by the Maryland Institute College of Art as, “the most famous photograph in the world.”

13. According to his first wife, Guevara was obsessed with the poverty he witnessed all around him, and deeply wishes to make the world better for them.

14. One of Guevara’s first passions was reading. His family owned thousands of books, which only fueled his knowledge.

16. Despite the world first taking notice of him during the Cuban Revolution, Guevara wasn’t Cuban by birth. He was born in Argentina into a middle class family with Spanish and Irish background.

17. Guevara suffered from acute asthma his entire life. However, that didn’t stop him from becoming an experienced athlete in football, golf, rugby and swimming. 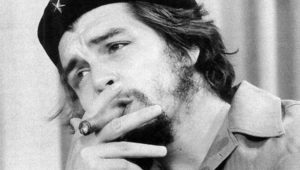 19. He is still hailed as a hero in Cuba, where his face is on the three-peso banknote.

20. Guevara and the other 21 survivors of the Cuban raid hid out in Cuba’s Sierra Maestra mountains for a long time, supported by locals as they hid from capture.

21. During their time in the Sierra Maestra mountains, Guevara found out that he was allergic to mosquito bites, when he developed cysts on his body that were the size of walnuts.

22. Once the takeover of Cuba was complete, he organized a series of economic plans focused on moral incentives. Quotas had to be met, with Guevara refusing to give pay raises for extra work, as he wanted to get people to stop valuing money so much. However, this led to a massive drop in production.

23. Guevara fervently believed in working for moral reasons rather than for monetary gain and would often lead by example. Aside from his ministry work, he also voluntarily worked in construction and even cut sugar cane.

24. He had a passion for chess. When he was younger, he even participated in tournaments, displaying a rare talent for the game.

25. Representing Cuba on the international stage in 1964, Guevara attacked the United Nations for supporting racism. 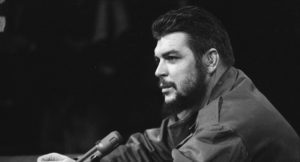 26. During his time in New York, Guevara’s life was threatened twice by Cuban exiles who despised the Castro regime. One attempt was by Molly Gonzales, who tried to break through the UN barricades while armed with a hunting knife.

27. When Guevara traveled to the Congo in 1965 to offer his assistance to the rebels there, Egyptian leader Gamal Abdel Nasser foreshadowed that his expedition would end in failure.

28. Despite his efforts to spread Marxism and export the revolution to Africa, Guevara found his efforts frustrated by the severe division among the Congolese rebels.

29. Contrary to popular belief, Guevara didn’t identify as Communist. When he was asked about the Cuban ideology in 1960, Guevara replied that he identified the revolution as Marxist rather than Communist.

30. The Battle of Santa Clara remains one of Guevara’s greatest military achievements. He and his comrades numbered 340 against a force of 3,900 troops, supported by ten tanks and an armored train. Guevara commandeered tractors to disrupt the railway line, causing the train to derail. Then he and the others helped themselves to the weaponry aboard the train, even as their march on the city was cheered by crows of peasants. After fierce fighting, the city’s demoralized garrisons surrendered to Guevara’s forces. 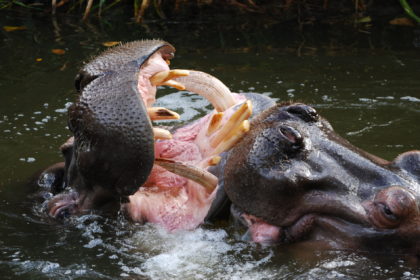 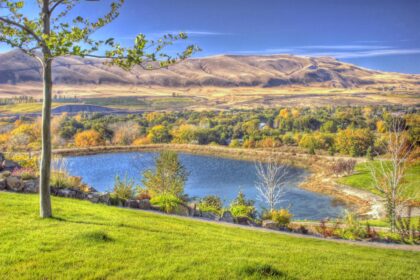 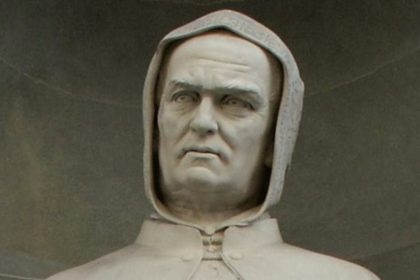