Gourgeist is a dual-type Ghost/Grass Pokémon introduced in Generation VI. It evolves from Pumpkaboo when traded. Gourgeist comes in four different variations: Small Size, Average Size, Large Size, and Super Size. Take a look below for 27 fun and fascinating facts about Gourgeist.

1. Gourgeist is a ghostly Pokemon that has four sizes: Small, Average, Large and Super Size.

2. Its body is a dark brown pumpkin with a glowing, yellow-orange face carved into the front and a pair of nubby legs.

3. The face consists of two triangular eyes and a grinning mouth; on top of the mouth is a small, triangular cutout for a nose.

4. Poking out of the top of the pumpkin is its slender brown-orange head, which has bright yellow eyes and a small mouth but no visible nose.

5. Gourgeist has long, light pink hair with arm-like tendrils framing its face and bangs that usually cover one eye.

6. On top of its head is a crescent-shaped tuft that is brown on top; this tuft resembles a pumpkin’s stem.

7. Gourgiest’s four different sizes determines their target for who they take into the afterlife.

8. Their bodily proportions can be passed down to their descendants.

9. On the night of a new moon, Gourgeist wanders town streets while singing an eerie song.

10. Those who hear its song are cursed.

11. It is also known to sing joyfully while observing prey is has entangled in its arms.

12. Gourgiest’s four different sizes determines their target for who they take into the afterlife.

13. Small Gourgeist prefers targeting adults by pretending to be children.

14. The large Gourgiest prefers taking children by pretending to be adults.

15. The Supersize Gourgeist aren’t picky and will target anyone.

16. Gourgeist and its pre-evolution, Pumpkaboo, are the only known Pokémon that can learn Trick-or-Treat.

17. A Super Size Gourgeist has a different cry from its other three forms, pitched lower than the cry shared by the other forms.

19. Gourgeist appears to be based on both gourd and modern pumpkin jack-o’-lanterns.

20. Its multiple sizes may be a reference to the tradition of trying to grow the largest pumpkin for Halloween.

21. Its upper body may also be based on the candles within jack-o’-lanterns themselves, with the curl being its wick and its hair-like extensions its dripping wax.

22. It could also be viewed as a mere extension of the shape and the curl on top being its stem.

23. The lower body’s different color might also reference the tradition of decorating gourds with paint.

24. Gourgeist is a combination of gourd and geist.

25. Jessie’s Pumpkaboo evolved into a Gourgeist in A Festival Trade! A Festival Farewell?. When Jessie headed to Alola in Loading the Dex!, it was revealed that Gourgeist had been left behind at Team Rocket HQ.

26. Three Gourgeist appeared in A Festival Trade! A Festival Farewell?, under the ownership of Count Pumpka’s steward. They were commonly used by their Trainer to carry out Count Pumpka’s bidding. All three were eventually defeated by Ash’s Pikachu, Clemont’s Bunnelby, and Serena’s Braixen.

27. Five Gourgeist appeared in A Haunted House for Everyone! as illusions created by a Mismagius. 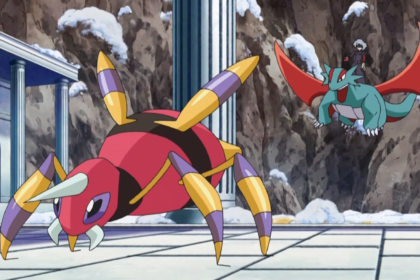 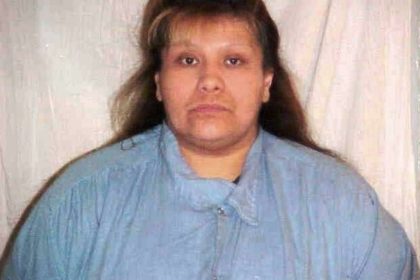 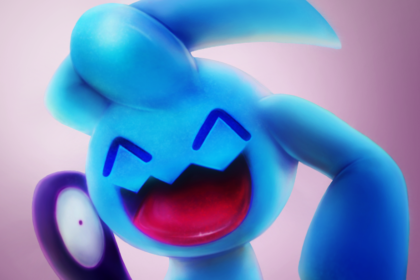