Dragonair is a Dragon type Pokemon introduced in Generation I. It evolves from Dratini starting at level 30 and evolves into Dragonite starting at level 55. Take a look below for 26 amazing and interesting facts about Dragonair.

1. Dragonair is a long, serpentine Pokemon with sky blue scales and a white underside.

2. It has a rounded snout, oval purple eyes, and a small, white horn on its forehead.

3. On each side of its head is a small, stylized wing, which is white and curves into a swirl at the base.

4. Three blue, crystal orbs adorn its body: one on its neck and two on its tail.

5. Dragonair emits a gentle aura that gives it a mystical appearance.

6. As seen in the anime, it can make its wings grow larger in order to fly, but otherwise moves through the air unaided.

7. Dragonair hosts a large amount of energy within its body, which it can discharge through the crystals on its neck and tail.

8. This causes its body to brighten and give off a different aura that changes the weather in its vicinity.

9. Dragonair is a rare Pokémon that inhabits seas and lakes.

10. In the past, Outrage was its signature move.

11. In the Pokémon Red and Blue beta, Dragonair was originally known as “Dragyn”.

12. In Blackthorn City, a woman is willing to trade her Rhydon or Dodrio for a female Dragonair. This makes Dragonair the only Pokémon able to be male or female that must be a specific gender for an in-game trade.

14. Dragonair is also the former name of an airline based in Hong Kong in the real world.

15. Dragonair and its evolutionary chain share their category name with Horsea, its evolutions, Salamence, and Goodra. They are all known as the Dragon Pokémon.

16. Dragonair appears to be based on sea serpents or ryu, traditional Japanese dragons or Chinese dragons who bring good luck. It also resembles a snake, its tail even resembling that of a rattlesnake. The wings on its head resemble those on the sandals and hat of the Greek god Hermes, and its long, snakelike body may be a reference to the snakes on his scepter.

17. Dragonair may also be based on the imugi, a proto-dragon that resembles a snake and lives in water or caves, much like Dragonair. After an imugi lives a thousand years, a jewel (called a Yeouiju) will fall from the sky. If the imugi catches it, it will become a true dragon. The jewel on Dragonair’s neck might also be a reference to the Japanese folktale The Tale of the Bamboo Cutter, in which the princess Kaguya-hime challenges her suitors to bring her back some items, including a colored jewel from a dragon’s neck.

19. Clair’s Dratini evolved into a Dragonair in Beauty is Skin Deep, as Clair was protecting it from Team Rocket. It was used as the final Pokémon in Clair’s Gym battle against Ash in Better Eight Than Never.

20. Dragonair made its main series debut in the banned episode EP035, as a Dratini the warden of the Safari Zone, Kaiser, was protecting. Over the 30 years since Kaiser last saw the elusive Dragon type, it evolved into Dragonair. It also now has a child Dratini.

21. A Dragonair appeared in On Olden Pond, where it was living in a lake that Mr. Saridakis planned to build a luxury resort on. Dragonair was revealed to have saved Mr. Saridakis in the past and later rescued him in the present which led to him cancelling his plans for the lake.

22. A Shiny Dragonair appeared in Master Class Choices!, under the ownership of Amelia. Dragonair was used alongside Espeon and made it past the Theme Performance. However, they were voted second during the Freestyle Performance, losing to Serena and her Braixen, Pancham, and Sylveon.

23. The Ultra Guardians have a Ride Dragonair, which Lana uses during their missions, as first seen in A Mission of Ultra Urgency!.

24. Dragonair made its English dub debut in Pikachu’s Rescue Adventure, where it was briefly seen flying around the rainbow after the storm.

25. A Dragonair appeared in Team Rocket’s fantasy in Imitation Confrontation.

26. Dragonair made its physical English dub main series debut in Dueling Heroes, under the ownership of a Trainer participating in the Whirl Cup. 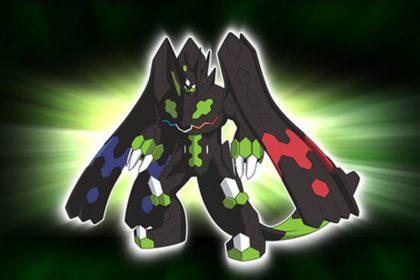 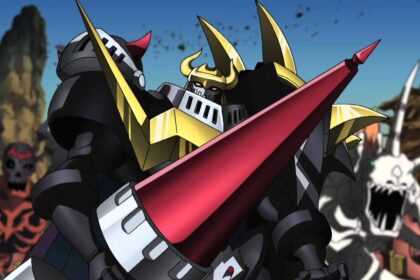