Heatran is a dual type Fire and Steel Legendary Pokemon introduced in Generation IV. It is not known to evolve into or from any other Pokemon. Take a look below for 23 fun and interesting facts about Heatran.

1. Heatran is a reddish-brown Pokemon resembling a tortoise and a ram.

2. It is dotted with orange and gray spots, and it has metal bangles locked on its legs.

3. Its four claws on each of its feet are in a cross formation.

4. These claws allow it to dig deep into walls, and its feet allow it to stick to a surface, so it can hang and climb from walls and ceilings.

5. Heatran has a gray underside, and its face is covered by an iron mask, with red-orange eyes uncovered.

6. Whenever it is seen with its mouth open, an orange glow emanates from inside it.

7. Because of its intense body heat, certain parts of its body are melted slightly out of shape.

9. Heatran is a fierce guardian.

10. Without the power of the Magma Stone, Heatran would rampage and cause the volcanic crater where it dwells to erupt.

11. Heatran is the only known Pokémon that learns Magma Storm.

12. Heatran is the only Legendary Pokémon that can either be male or female.

13. No other Pokémon has the same type combination as Heatran.

14. Heatran has the most double resistances of all Pokémon, with five: Steel, Bug, Grass, Ice, and Fairy.

15. In the Japanese version of Pokémon X and Y, two women in Jaune Plaza mimic the sounds of Pokémon. One mimics the sound of a Heatran while the other compliments her. However, this is mistranslated in the English version to say that there is a Lava Dome Pokémon here in Jaune Plaza.

16. Heatran has the lowest number of Egg cycles of all Legendary Pokémon, with 10.

17. Currently, Heatran is the only Pokémon introduced before Hidden Abilities that cannot be obtained with its Hidden Ability in any game.

18. Heatran is most likely based on volcanic remains. Its Steel type references how the Earth’s inner core is made of solid metal under immense pressure. It may be also based on a generic volcano monster: in the ancient mythologies of most cultures, the eruptions of volcanoes were explained by the presence of a fire monster living within it, often a dragon.

19. It may also be based on a turtle, as the Pokémon Platinum Pokédex entry states that it is melted in parts because of its own heat. In the artwork, bits of metal, which may possibly be a melted shell, can be seen on its body. Due to the fact that it crawls on the ceiling and learns the move Bug Bite, it may also be based on some larger variants of insects, particularly cockroaches.

21. Heatran debuted in Arceus and the Jewel of Life, under the ownership of Marcus. It was a powerful opponent, but it was eventually freed by Pikachu after it chose to no longer fight for Marcus’s cause.

22. Heatran made its main series debut in Pokémon Ranger: Heatran Rescue!. It was being followed by Ben, who was on a mission to capture it and protect it from a collapsing mountain.

23. A Heatran appeared in the Hoopa’s Surprise Ring Adventures short Heated Battle, where it was summoned by Hoopa alongside a Slugma, Rapidash, and Magmortar; and they all used Fire-type attacks to set Ash and Pikachu on fire. 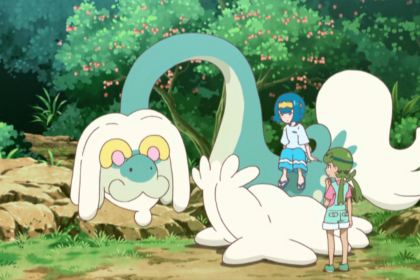 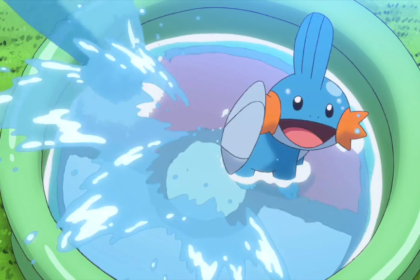 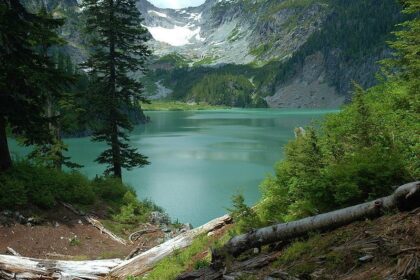