Vixen is a comic book character created by Gerry Conway and Bob Oksner. She first appeared in Action Comics #521 published by DC Comics. Two versions of Vixen appear in the CW’s Arrowverse. The first is Mari McCabe, who’s the original comic book character, and the second is introduced in Legends of Tomorrow, called Amaya Jiew, a World War II veteran and Mari’s grandmother. Take a look below for 22 more fascinating and interesting facts about Vixen.

1. Vixen was intended to be the first African female DC superhero to star in her own series, but the first issue of her series was cancelled in the DC Implosion in 1978.

2. Since her debut in Action Comics, she has primarily appeared in team books, most notably in the various incarnations of the Justice League and Suicide Squad.

4. In Ancient Ghana, the warrior Tantu asked Anansi the Spider to create a totem that would give the wearer all of the powers of the animal kingdom so he could use it to protect the innocent. When Anansi created the totem and gave it to Tantu, he became Africa’s first legendary hero. The totem was eventually passed down to the McCabes. 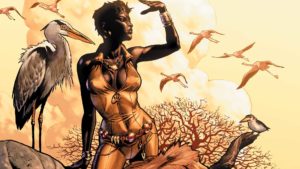 5. Vixen only made 2 appearances as a solo crime fighter, once fighting poachers in India and once fighting against the techno psycho criminal Admiral Cerebrus.

6. She didn’t really want to be a hero until the Justice League of America was reorganized by Aquaman. When she applied for League membership, she was accepted.

7. She possesses the innate ability to make direct contact with the Earth’s morphogenetic field, which is sometimes known as the Red. By focusing on a specific animal, she can draw its talent directly from the morphogenetic field and mimic its abilities.

8. Vixen’s connection to the Red is so deep that she can use the abilities of multiple animals, once holding onto the morphogenetic traits of an entire forest.

10. Vixen’s powers allow her to twist some animal abilities, like using the bioluminescence of a Marine hatchetfish and an Angler fish to produce light from her hand and to create a laser like beam from her head.

11. While the mystical Tantu Totem was previously thought to be the source of her power, it’s later revealed that it merely prevents the morphogenetic field from overwhelming her mind.

12. The full capability of the totem is not known but Vixen once used the magic of the totem to heal bruises and wounds within seconds just by touching it.

13. Her claws are particularly sharp and tough, which allow her to rend through a variety of substances such as fabric, wood, cinder blocks and soft metals.

14. Vixen’s tough claws are magically enhanced and have drawn blood from individuals who are considered highly resistant to damage or near invulnerable, like Pre-Crisis Superman.

15. Vixen is able to assume a hybrid form, in which she maintains a humanoid form but with certain animal adaptations, like when she took on the gills, fins and missing eyes of a blind cavefish but still had her human appearance.

16. While the full extent of Vixen’s control over the morphogenetic field isn’t known, she has sometimes drawn pure energy from it and displayed this energy as a force field and energy claws.

17. Working with Animal Man and a woman known as Tristess, Vixen helped to create an entire universe.

18. She has the ability to communicate with animals and can override their natural predator and prey instinct. 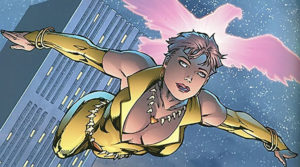 19. She is not always able to control the inputs from the morphogenetic field, which means that she sometimes absorbs unwanted animal behavior such as rage or killing frenzy.

20. It’s currently not known what would happen if Vixen tried to use her magical abilities on an alien animal, or if she could even gain access to the morphogenetic field of another planet.

21. One time, when Vixen was mimicking human abilities, she was able to mimic the extraterrestrial abilities of Superman.

22. If she loses the totem, Vixen has to tap into the human template as a way to purge herself of pure animalistic sensations and regain her humanity. 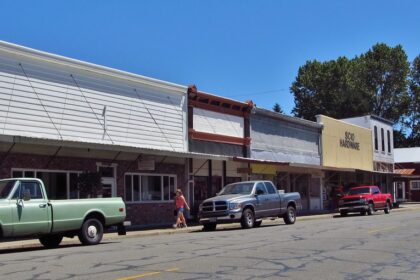 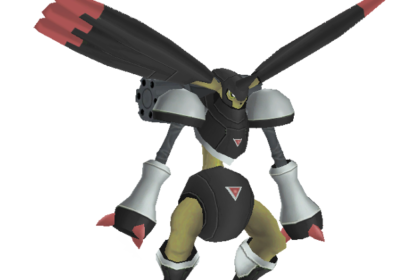 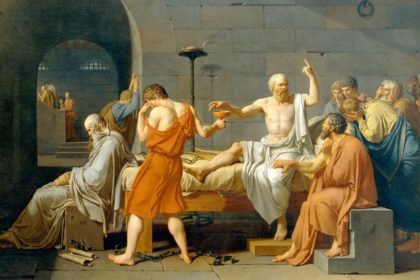