Thievul is a Dark-type Pokémon introduced in Generation VIII. It evolves from Nickit starting at level 18. Take a look below for 17 awesome and interesting facts about Thievul.

1. Thievul is an orange maroon vulpine Pokemon with a moderate build, slender limbs, and a long tail.

2. It has white chest fur that puffs out from its body and vaguely resembles a cravat.

3. There are two long black ears atop its head and black fur around its eyes resembling a domino mask.

4. The black whiskers on the end of its muzzle are in the form of a pointed mustache and the white markings above its eyes resemble eyebrows.

5. Its paws, back, and the tip of its tail are all black, and it retains the flared tail-tip of its pre-evolution Nickit.

6. When Thievul finds a potential target, it will secretly mark a scent on them.

7. Thievul then uses that scent to track and stalk its targets.

8. By using its lithe body and claws, Thievul steals the targets food and eggs from them when they least expect it.

9. Boltund is an enemy of Thievul.

10. It competes with Liepard for territory.

11. Thievul and Nickit both share their category with Vulpix, Ninetales, and the Fennekin evolutionary line. They are all known as the Fox Pokémon.

12. Thievul appears to be based on the red fox, possibly borrowing patterns from the cross fox, a variation of the red fox.

13. Its facial features and moustache-like whiskers also bear a resemblance to stereotypical depictions of thieves and burglars, as well as the gentleman thief trope.

14. Its front legs resemble gloves, which thieves and burglars would wear.

15. Thievul’s relationship with Boltund may also be a reference to fox hunting, where red foxes were hunted by English foxhounds, which Boltund appears to be based on.

16. Thievul may be a combination of thief, evil, and vulpine.

17. A Thievul debuted in the Sword & Shield chapter, under the ownership of a Team Yell Grunt. 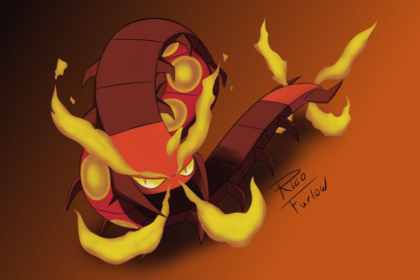 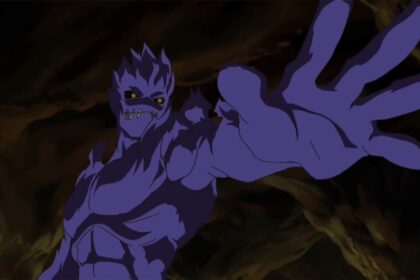