Katy Perry, whose real name is Katheryn Elizabeth Hudson, is an American singer and songwriter. She was born on October 25, 1984, in Santa Barbara, California. After singing in church during her childhood, she pursued a career in gospel music as a teenager. Take a look below for 30 more interesting and fun facts about Katy Perry.

1. She has stated that Alanis Morissette and the late Queen singer Freddie Mercury are her music influencers.

2. Both of Katy’s parents are pastors, which is why she started her singing career with gospel music.

3. Katy helped deliver her older sister’s, Angela Hudson, baby in a living room. Angela had a water birth in a friend’s living room and Katy recorded the deliver on her phone.

4. She grew up with strict Pentecostal Christian parents. Katy wasn’t even allowed to watch The Smurfs or read Harry Potter. However, in July, 2011, she made her film debut as Smurfette in The Smurfs.

5. Her song “Teenage Dream” had 5 number 1 singles, which is tied for the most ever on an album with Michael Jackson’s “Bad.”

6. She married British comedian Russell Brand on October 23, 2010, in Rajasthan, India, while they were on vacation. However, they both filed for divorce 14 months after due to different views on starting a family. 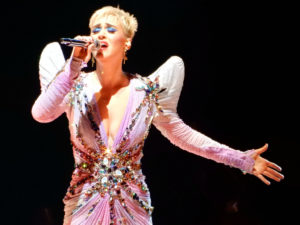 7. Katy Perry owns locks of both Taylor Swift and Miley Cyrus’ hair. She is known to have kept them in her purse.

8. She has 4 tattoos. She has Jesus tattooed on her left wrist, a Sanskrit saying on her left arm which means “go with the flow,” a strawberry on her left foot and a peppermint on her right foot.

9. She has a pet cat called Kitty Purry. She’s often seen giving her cat haircuts and has even made a blog for her. Kitty Purry was also nominated for a Teen Choice Award in the Best Celebrity Pet category in 2009.

10. Katy dropped out of school when she was 15 and left home at the age of 17 to pursue her music.

11. She first caught the eye of producers from Nashville, Tennessee, when she was 15 years old and singing in a church choir. They took her to Nashville to help her with her writing and teach her to play guitar.

13. Despite having trouble getting her record made and staying at one label, she managed to have her song “Long Short” included in the soundtrack for The Sisterhood of the Traveling Pants.

14. She has written songs for Selena gomez, Ashley Tisdale and Kelly Clarkson.

15. She was supposed to appear in the Russell Brand movie Get Him to the Greek, but she had her scene cut out.

16. Her hit song “I Kissed a Girl” was partially inspired by Scarlett Johansson. 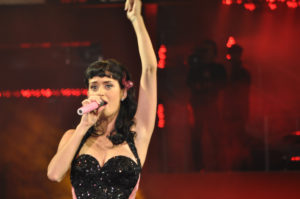 17. Her parents made an appearance in her “Hot n’ cold” video.

18. Katy Perry has 4 Guinness World Records. One is for Best Star on The U.S. Digital Chart by a Female Artist and another is for Best First Female with Five Number 1 U.S. Singles from 1 Album.

19. She’s the first artist with multiple videos to reach 1 billion views on Vevo with the help of videos for “Roar” and “Dark Horse.”

20. In addition to her Guinness World Records, she also has 5 American Music Awards, a Brit Award, and a Juno Award. She was also included in the Forbes list of Top Earning Women in Music.

21. She briefly studied Italian opera at the Music Academy of the West in Santa Barbara.

22. Madonna helped Katy Perry get her name out there with her public praise of Katy’s song “Ur So Gay,” which Madonna said was her favorite Katy Perry song.

23. Her Super Bowl performance gained 118.5 million viewers in the United States and became the most watched and highest rated show in Super Bowl history. The viewership for half time was higher than the game itself, which was viewed by 114.4 million people.

25. Her first album, titled Katy Hudson, was released in 2001 and was entirely Christian rock. The album only sold 200 copies, but Katy wasn’t deterred and kept trying, eventually switching over to pop music. 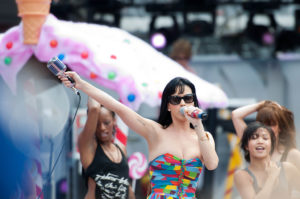 26. She dated Gym Class Heroes’ lead singer Travis McCoy for several years, eventually splitting up in 2009. The two still dated when Katy made her breakthrough with “I Kissed A Girl.”

27. Katy was offered $20 million to join American Idol’s 12th season as a judge, but declined the offer to work on her own projects.

28. For her 28th birthday, she got to have lunch with the then First Lady Michelle Obama.

29. Katy Perry once described herself as the fatter version of Amy Winehouse and the skinnier version of Lily Allen. Lily Allen took offense and threatened to release Katy’s personal phone number on social media.

30. When she performed on The View, the host Whoopi Goldberg gave her a kiss on the lips and said, “I liked it.” 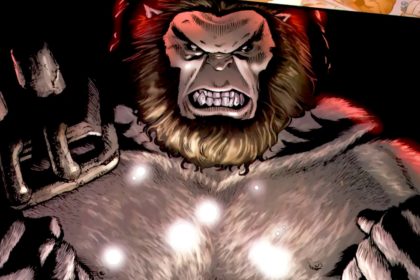 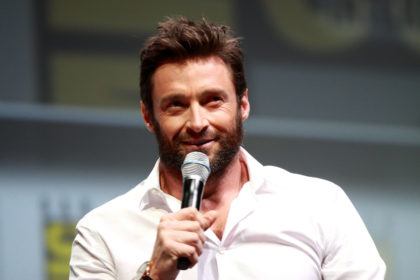 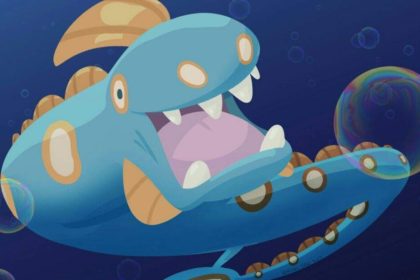