Hamsters come from various parts of Asia, such as north of China, Siberia, the Middle East and Asia Minor. Wild hamsters like to live in warm and sparse areas like deserts, which are dry and have very little water and almost no plant or tree life. Take a look below for 30 more interesting and fun facts about hamsters.

1. There are 25 known species of hamster.

3. Syrian hamsters are the species that’s the most often kept as pets. They’re sometimes called teddy bears and golden hamsters.

4. Happy hamsters are usually running around and very active in their cages.

5. Hamsters belong to the rodent family of animals. This means that they’re close cousins to guinea pigs, mice, rats and gerbils.

6. They’re omnivores, which means that their diet is plant and animal based. Their diet mostly consists of seeds, vegetables, plants and insects. 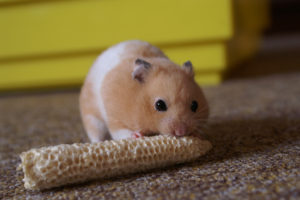 7. Syrian hamsters prefer to live alone and will have a hard time getting along with any other hamster that’s not related to it.

8. Wild hamsters are excellent diggers and are known to build deep burrows underground, which they use as a home.

9. Hamster burrows usually have many tunnels and rooms, called chambers. They will create different chambers to eat, sleep and defecate.

10. The word “hamster” is an old German word that translates to “to hoard”. They were given this name because they love to hoard and store food in their burrows. They’ve also been seen storing massive amounts of food in their cheeks.

11. Some hamster species are able to store their own body weight in food in their cheek pouches.

12. A female hamster can store her newborn offspring in her cheek pouch, so she can carry them to a different location if there’s potential danger around.

13. Their bones are much more fragile than a humans, which is why they’re very fragile creatures.

14. An average hamster has a lifespan of between 2 and 3 years.

15. Like other rodents, hamsters have teeth that never stop growing. They always need to be chewing food so that they can grind their teeth down. 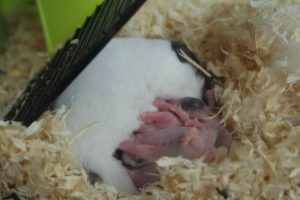 17. They’re nocturnal animals, which means that they sleep during the day and are awake most of the night.

18. Hamsters were first introduced to the United States in 1936, when they were brought over from Syria.

19. They’re very good at keeping themselves clean. They will lick their paws and then brush them against the dirty patch of their body to clean it.

20. They’re known to bite hard when they are provoked.

21. Their eyesight is not very good and they’re nearsighted, which means that they can’t focus on far away objects. They’re also colorblind.

22. Hamsters have scent glands on their back that produce a scent unique to them. They will rub their scent onto an object so they can find their way back home.

24. Pups are born with a full set of teeth that they will keep for the rest of their life.

25. Newly born pups are born without the ability to hear or see. They will gain both when they’re about 2 weeks old. 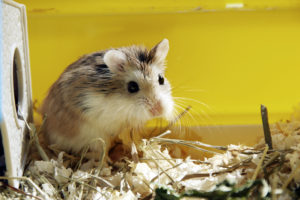 26. Female hamsters give birth to around 8 pups.

27. Hamsters are prey animals, which means that they must always be on the lookout in the wild for birds and snakes who are hunting them.

28. They’re able to run both backwards and forwards.

29. They have soft pads on their feet, which allow them to run on rough terrain.

30. The smallest pet hamster is the Roborovski hamster, which can weigh between 20 and 24 grams. This means that it’s light than a small bag of chips. 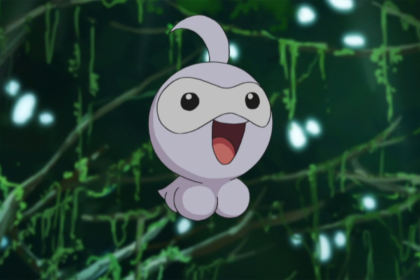 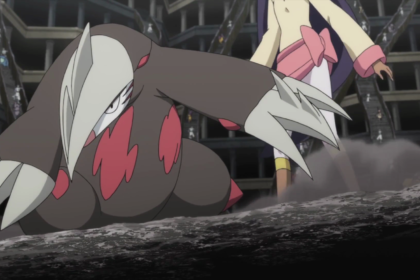