Tomorrowland is a 2015 American science fiction movie directed and co-written by Brad Bird. Bird co-wrote the movie’s screenplay with Damon Lindelof, from an original story treatment by Bird, Lindelof and Jeff Jensen. Take a look below for 30 more interesting and fascinating facts about Tomorrowland.

2. In the movie, a disillusioned genius inventor and a teenage science enthusiast embark on an ambiguous alternate dimension known as “Tomorrowland,” where their actions directly affect their own world.

3. In drafting their story, Brad Bird and Damon Lindelof took inspiration from the progressive cultural movements of the Space Age, as well as Walt Disney’s optimistic philosophy of the future, notably his conceptual vision for the planned community known as EPCOT.

4. The movie grossed $209 million worldwide against a total production and marketing cost of $330 million, losing Disney $120 to $140 million.

5. Tomorrowland, as first conceived by Walt Disney back in the 1950s and 1960s, was to showcase what the future would hold for the world. It was and still is Disney’s top draw in the theme parts. 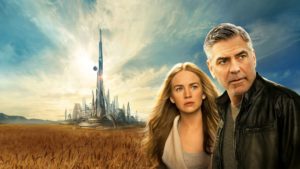 6. When arriving in Tomorrowland for the first time and Governor Nix uses his watch, a green “hidden Mickey” is seen on the watch-face.

7. When Casey falls while being chased by the guard dog, her footprints form a “hidden Mickey.”

9. The traditional “shot on location” message near the end credits includes among its locations, Tomorrowland.

12. When Frank is showing Casey the city after the two arrive in Tomorrowland, the Disney ride Space Mountain is visible in the distance. 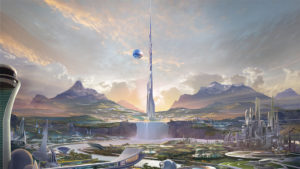 13. The androids in the movie are called AA’s, an abbreviation for Audio Animatronics. Audio Animatronics are heavily used throughout the Disney parks, in the Pirates of the Caribbean, Carousel of Progress, Hall of Presidents and many more.

14. The store that Casey visits named Blast From The Past has the same name as the one Marty McFly visits in Back To The Future 2 in the year 2015.

16. Although heavily shown in trailers that Walt Disney and Disneyland are connected to Tomorrowland, the movie plot doesn’t mention the connection. This is not accurate. Disneyland is mentioned in the early scenes when young Frank visits Tomorrowland and sneaks into the It’s a Small World ride. You can also quickly see a park employee dressed in a costume as the White Rabbit from Alice in Wonderland.

17. Scenes at the NASA launch pad were shot at the Kennedy Space Center Launch Complex 39A during its change over from the space shuttle program to a “clean pad” design usable for many different vehicles including those of Space X. During filming, the MAVEN robotic mission was preparing for launch on a nearby launch pad. 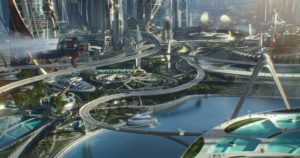 18. When Casey visits the Black From The Past store, an Emperor Zurg figure from Pixar’s Toy Story franchise is on a shelf. Brad Bird is an alumnus of Pixar.

19. The name “Tomorrowland” is only spoken once by any of the characters in the movie. The only mention is in the scene after Casey, Frank and Athena arrive in the antique rocket, when Frank says, “You wanted to see Tomorrowland, well here it comes,” as Nix’s convoy is arriving.

20. At one point, Emilia Clarke was sought for the lead role, but turned it down due to scheduling conflicts with Game of Thrones.

21. The Greyhound transporters were featured in an episode of Rick’s Restorations and then sent to Vancouver for filming.

22. The theme song from the American Adventure at EPCOT, “Golden Dream” is the background music during the movie. The melody has been playing at EPCOT’s entrance plaza since opening day.

23. Naomi Scott was considered for the role of Casey Newton but lost out to Britt Robertson. 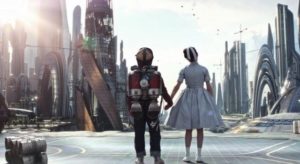 25. When Casey Newton sneaks back into her room, her little brother Nate Newton calls out, “Identify yourself,” a catchphrase of Disney’s movie franchise “Tron.”

26. Tomorrowland is the first theatrical movie to be released in Dolby Vision and Dolby Cinema.

27. Tomorrowland was the first Disney movie to be specially formatted for IMAX theaters at the 1.90:1 aspect ratio, which allowed audiences to see 16% more of the originally captured image.

28. A spontaneous dance party broke out on set, inspired by an extra who danced like Michael Jackson.

29. EPCOT’s Spaceship Earth can be seen in the reflection of the Monitor Device in the movie’s climax. 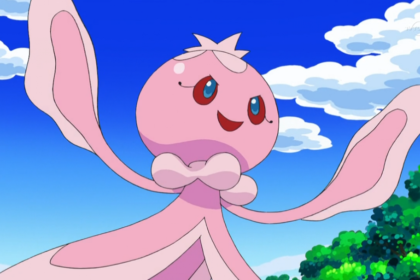 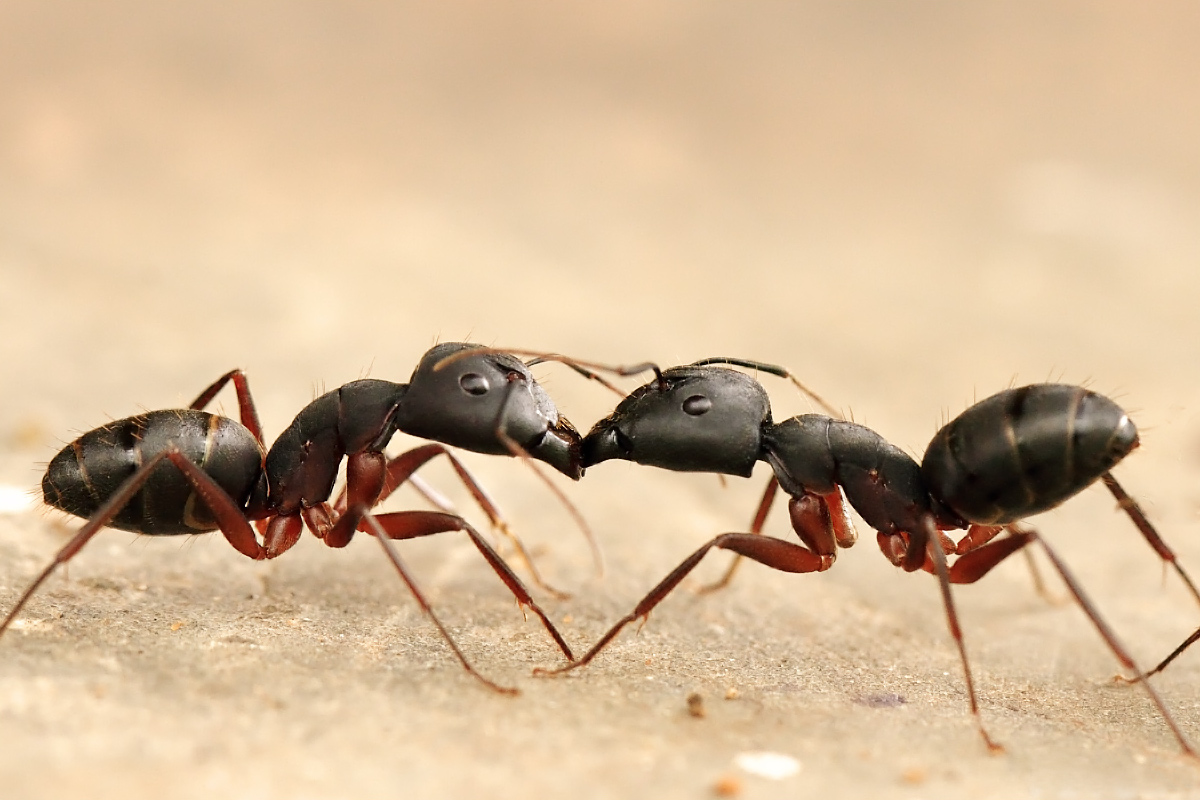