Star Trek Beyond is a 2016 American-Chinese science fiction adventure movie directed by Justin Lin and written by Simon Pegg and Doug Jung, based on the Star Trek series created by Gene Roddenberry. It’s the 13th movie in the Star Trek film franchise and the third installment in the reboot series, following Star Trek and Star Trek Into Darkness. Take a look below for 30 more fun and interesting facts about Star Trek Beyond.

3. The movie was dedicated to the memory of Anton Yelchin, who died a month prior to the movie’s release, as well as to fellow Star Trek actor Leonard Nimoy, who died during pre-production.

4. The movie grossed $343.5 million at the box office and received positive reviews from critics, with many praising its performances, action scenes, musical score, visual effects, and its tributes to Anton Yelchin and Leonard Nimoy.

5. At the 89th Academy Awards, the movie was nominated for Best Makeup and Hairstyling. 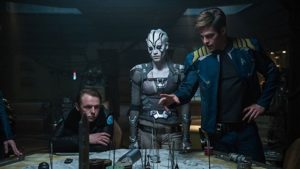 6. Simon Pegg identified the space station as “Starbase Yorktown” in early interviews. Yorktown was the original name of the starship in Gene Roddenberry’s early script treatments for the original Star Trek series, before it was changed to Enterprise.

7. The reference about the U.S.S. Franklin coming to be on  the planet by, “some green space hand,” is a reference to the episode Star Trek: Who Mourns for Adonais?

8. A montage of images of the Enterprise traveling the galaxy plays over the closing credits. Among these, is a brief glimpse of the, “giant green space hand” that was previously mentioned by Scott.

9. Alice Eve doesn’t return as Dr. Carol Marcus. During the movie, she isn’t mentioned, and her absence is unexplained. In the ending of the previous movie, Carol became a member of the Enterprise crew, and joined them on their five year mission.

11. In an interview, Karl Urban stated that he almost didn’t return to the role of Dr. Leonard “Bones” McCoy. What convinced him to stay, was a discussion with Director Justin Lin. 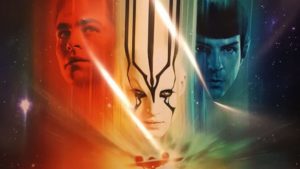 12. In the opening scene, Kirk is attacked by hoards of tiny aliens. After being beamed back to the Enterprise, he remarks: “I ripped my shirt again.” This is a playful jab at the original series, in which Kirk routinely ended up with a ripped shirt on away missions.

13. A renegotiation of contracts has meant a larger pay deal for the returning actors, while also writing in the option of Chris Pine and Zachary Quinto returning for a fourth movie.

14. Simon Pegg and Justin Lin made the decision of making Sulu gay as a nod to George Takei, who has since become a prominent LGBT rights activist. However, Takei has since stated his disagreement with this decision as that wasn’t Gene Roddenberry’s intention for the character of Hikaru Sulu.

15. Star Trek Beyond is the first Star Trek movie ever to be shot primarily in Vancouver, British Columbia, and not in Hollywood. All existing sets, including those of the U.S.S. Enterprise, were rebuilt from scratch, in a large studio in Vancouver.

16. Early in the movie, Captain Kirk mentions that the five year mission had begun to feel “episodic,” which is an obvious nod to the episodic nature of the original series.

17. The character Commodore Paris is a likely nod to Lieutenant Tom Paris and his father Admiral Owen Paris on Star Trek: Voyager.

18. The movie takes place two and a half years after Star Trek: Into Darkness. 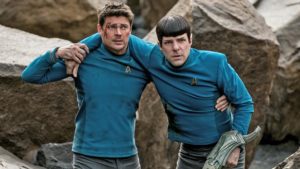 20. Simon Pegg wrote most of Jaylah’s dialogue in broken English based on Sofia Boutella’s French accent.

21. There is a scene in which two trains pass by, and the frame cuts to an Orion child. This is Justin Lin’s son, who he used in his previous Fast and Furious movies. The scene where Dom and Brian are pulling the safe, and the scene where Letty is racing Dom in London.

23. Between takes, the cast did dubsmashes to pass the time. The cast mostly agreed that John Cho is the so-called “Dubsmash King.”

24. Star Trek Beyond is the first Star Trek movie to be directed by a director who was born after the year the original Star Trek series aired. J.J. Abrams was born a few months after the first episode aired on television, while Justin Lin was born four years after the series ended.

25. All the occupants of the seats on the bridge are wearing seat belt harnesses. This is a nod to the constant falling out of their seats seen on the original Star Trek series. 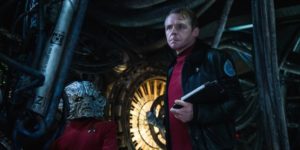 26. From the original Star Trek series, one of Dr. McCoy’s medical tools, a protoplaser, is mentioned as one of the antique devices to help treat Spock.

27. Justin Lin is the youngest director to direct a Star Trek movie.

28. The music video for the movie’s original song “Sledgehammer” was the first to be shot entirely with IMAX cameras. The video features Rihanna dressed in a science fiction costume performing magic by moving boulders. At the video’s ending, Rihanna turns into a celestial goddess face to face with the U.S.S. Enterprise.

29. Uhura and Sulu escape from their cell when Scott’s little friend Keenser coughs green phlegm that dissolves the locking mechanism. This is a nod to a much more ferocious alien who bleeds a similar body fluid. 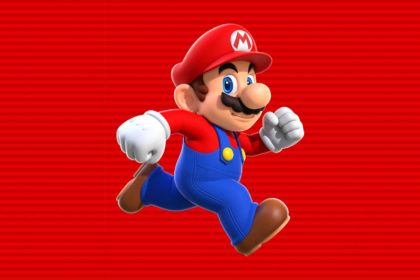 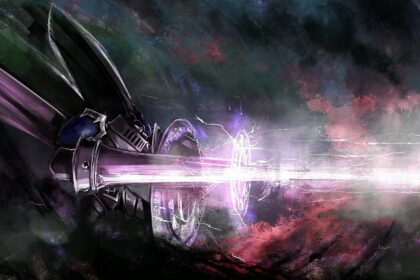 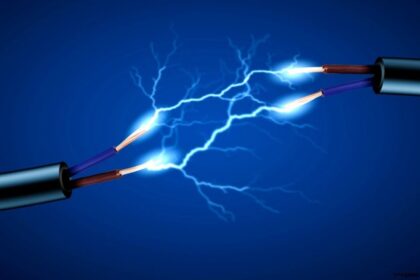