Daisy Jazz Isobel Ridley, born April 10, 1992, is an English actress. She appeared in minor television roles and short films before being cast in the lead role of Rey in the Star Wars sequel trilogy, appearing in Star Wars: The Force Awakens and Star Wars: The Last Jedi. Take a look below for 30 more fun and interesting facts about Daisy Ridley.

1. She portrayed Mary Debenham in Murder on the Orient Express, a 2017 movie adaption of Agatha Christie’s detective novel.

2. Ridley was born in Westminster, London and grew up in Maida Vale. She’s the youngest of three daughters born to Louise Fawkner-Corbett, a banker, and Christopher Ridley, a photographer.

3. She has two older sisters, Kika Rose and Poppy Sophia.

4. Ridley’s mother’s family, the Fawkner-Corbetts, were landed gentry with a military and medical background.

5. Her great-uncle was Dad’s Army actor and playwright Arnold Ridley. 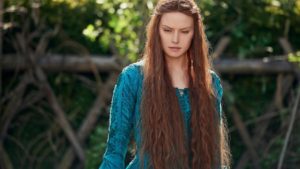 6. While growing up, her favorite movie was Matilda, an adaption of Roald Dahl’s children’s story, with the title character being a role model to her.

7. Ridley won a scholarship to the Tring Park School for the Performing Arts in Hertfordshire, which she attended between the ages of 9 and 18.

8. After finishing the Tring Park School for the Performing Arts, she began reading classical civilization at Birkbeck, University of London, before dropping out to concentrate on her acting career.

9. Before being cast in Star War: The Force Awakens, Ridley worked as a bartender in two different pubs in London for nearly two years.

10. In 2016, Ridley began studying for a Bachelor of Arts in social science through online courses with the Open University.

11. She was cast in Youngers straight out of school.

12. She trained as a dancer and singer at the Tring Park School for the Performing Arts. 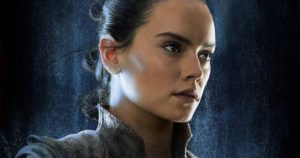 13. She appears in the music video for the song “Lights On” by Wiley. The song was released in 2013.

14. Her character, Rey, is featured on a Star Wars postage stamp issued in October, 2015, by the U.K. Royal Mail postal service.

15. Ridley has a tattoo of three stars on her left foot that she got when she was 15, a tattoo of the alchemical symbol of air on her upper right thigh, and a peace symbol tattoo behind her right ear.

16. She cried after watching the trailer of Star Wars: The Force Awakens for the first time.

17. Ridley is left handed. She could also be considered “cross-dominant” as displayed in Star Wars as she writes and eats with her left hand, but shoots and uses her staff with her right hand.

18. She won “Best Breakthrough Performance” at the MTV Movie Awards on her 24th birthday.

19. Since August, 2016, she has her own wax figure featured in Madame Tussaud’s wax museum. The sculpture is based on her character Rey and has been revealed during the Star Wars Celebration Europe in July, 2016. 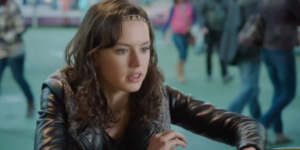 20. In 2016, Ridley recorded the song “At the Ballet,” along with Barbra Streisand and Anne Hathaway. The song is featured on the album “Encore: Movie Partners Sing Broadway,” which was released in August 26, 2016.

21. in 2012, about a year before her acting career took off, she appeared in a television commercial for the British supermarket chain Morrisons.

22. When Price William and Prince Harry visited the set of Star Wars: The Last Jedi at Pinewood Studios, Ridley was assigned to escort them on a VIP tour of the Star Wars sound stage facilities.

24. She became a vegan after watching the mocumentary Carnage. However, after initially cutting out dairy, eggs and meat, she decided to eat fish as a compromise.

25. Although Ridley is a skilled singer, she says it’s one of her worst habits. During the production of Star Wars: The Force Awakens, she once lost a bet with J.J. Abrams that she couldn’t go an entire day without singing.

26. She and her two older sisters are named after flowers.

28. Ridley suffers from endometriosis, and also polycystic ovaries, which required her to undergo multiple laparoscopic surgeries. She said on Instagram that she was diagnosed with the condition at the age of 15, and said it caused acne that lowered her self esteem.

30. Ridley has appeared in People Magazine’s World’s Most Beautiful 2016 list. 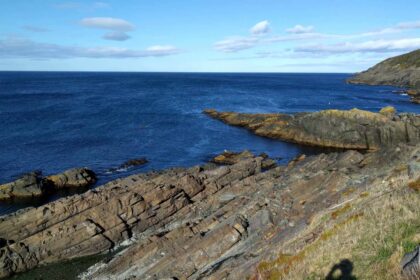 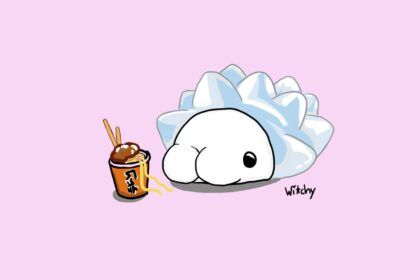