1. Brown was 14 when her parents divorced and Houston gained custody.

2. When Houston died in February 2012, Brown was the sole beneficiary of her mother’s estate.

3. That October, Brown caused controversy within both of her parents’ families when she announced her engagement to Nick Gordon, a man she previously considered her “big brother”.

4. When the couple announced they were married, her father’s lawyer released a statement disputing the report.

5. Brown died from lobar pneumonia on July 26, 2015, after being in a coma for nearly six months.

6. Brown was born on March 4, 1993 in Livingston, New Jersey to singers Whitney Houston and Bobby Brown.

9. Brown’s childhood was characterized by the media as difficult because of her parents’ drug problems, the presence of paparazzi, and domestic violence issues.

10. She was brought into the spotlight at age one in 1994, when her mother accepted an American Music Award while holding her onstage.

11. Her vocals were featured in her mother’s 1998 song, “My Love Is Your Love,” for her album of the same title. When her mother brought her to the recording studio and held her up to the microphone, she said “Sing, mommy.”, which can be heard during the first verse of the song. She can also be heard saying “Clap your hands!” at the end of the track.

13. Brown’s parents divorced in 2007, her mother was awarded custody, while her father received visitation rights.

14. Brown’s mother died at age 48 in a hotel bathtub in 2012 from what was later ruled an accidental drowning with heart disease and cocaine use listed as contributing factors.

15. Brown was described as “inconsolable” and a few days later was admitted to Cedars-Sinai Medical Center in Los Angeles; according to a family friend, Brown was “overwhelmed”.

16. The month after Whitney Houston’s death, in March 2012, Brown said that she felt her mother’s spirit, and Brown expressed her intent to carry on her mother’s legacy by doing the “singing thing,” along with starting a career as an actor and dancer.

17. In accordance with her mother’s will, Brown was the beneficiary of Houston’s entire estate including clothing, jewelry, cars, personal effects, and furniture. The will also provided for Brown to receive trust fund payments in installments until she reached age 30, after which time she was to receive the remainder of Houston’s $115-million estate.

18. After her mother’s death, Brown was taken care of by her aunt Pat Houston and her husband Gary Garland.

19. In October 2012, Brown announced her engagement to Nick Gordon, a close family friend who had come to live in the Houston household when he was 12 years old. The announcement caused controversy within the family; before making their romantic involvement known, Brown had referred to Gordon as her “big brother”.

20. Brown’s grandmother, Cissy Houston, had called the relationship “incestuous” when they were initially dating; however, Brown said the couple received her grandmother’s blessing prior to their engagement.

21. Brown was critical of director Angela Bassett after learning that she had not been cast as her mother in the Lifetime biographical movie “Whitney” based on Houston’s life. In response, Bassett stated that she did not cast Brown, “for a number of reasons… she’s not an actress, and acting is a craft.”

22. Throughout her teenage and adult years, Brown was the focus of tabloid and gossip column speculation, including stories about her purported drug use, her weight loss, and her relationships with family members.

23. On January 31, 2015, Gordon and a friend found Brown face down in a bathtub in her Alpharetta, Georgia home. Gordon began CPR until emergency medical services personnel arrived. According to a police spokesperson, Brown was alive and breathing after being transported to North Fulton Hospital in Roswell, Georgia.

24. At first, they found no evidence to indicate the incident was caused by drugs or alcohol, but this would later be disputed. Doctors placed Brown in an induced coma after determining her brain function was “significantly diminished” and her family was told meaningful recovery would be “a miracle”.

25. On February 2, Brown was moved to Emory University Hospital, where she remained in a coma and on a medical ventilator. Her family said Brown had briefly opened her eyes, but a medical expert commented, “Blinking her eyes doesn’t mean she’s out of the woods.”

26. Despite media reports stating Brown was brain dead and had been taken off life support, her family denied the claims on February 5, after having asked for privacy earlier in the week. In late February, she was briefly taken out of the coma, but it was re-induced after she suffered seizures.

27. Brown died in hospice care on July 26, 2015, at the age of 22. The initial autopsy found no “obvious underlying cause of death and no significant injuries”, and the Fulton County Medical Examiner’s office said more tests were forthcoming.

28. Brown was buried two days later next to her mother at Fairview Cemetery in Westfield, New Jersey.

29. As to the cause of death, the Medical Examiner said that cannabis and alcohol were found in the body, along with a prescription medication used for anxiety and/or sedation. It cited the “underlying cause” of death as “immersion associated with drug intoxication”.

30. The manner of death could not be ascertained. The summary statement read, “Death was clearly not due to natural causes, but the medical examiner has not been able to determine whether death was due to intentional or accidental causes, and has therefore classified the manner of death as undetermined.” 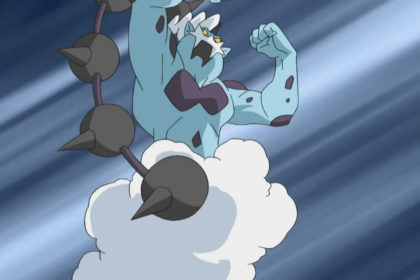 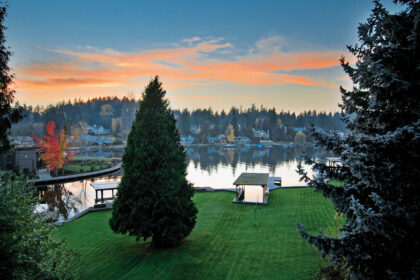