On the Waterfront is a 1954 American crime drama movie directed by Elia Kazan and written by Budd Schulberg. The movie stars Marlon Brando and features Karl Malden, Lee J. Cobb, Rod Steiger, Pat Henning and Eva Marie Saint. Take a look below for 26 more fun and interesting facts about On the Waterfront.

1. The On the Waterfront soundtrack score was composed by Leonard Bernstein.

2. The movie was suggested by “Crime on the Waterfront” by Malcolm Johnson, a series of articles published in November and December, 1948, in the New York Sun, which won the 1949 Pulitzer Price for Local Reporting.

3. The movie focuses on union violence and corruption among longshoremen while detailing widespread corruption, extortion and racketeering on the waterfronts of Hoboken, New Jersey.

4. On the Waterfront was a critical and commercial success and received 12 Academy Award nominations, winning 8, including Best Picture, Best Actor for Marlon Brando, Best Supporting Actress for Eva Marie Saint, and Best Director for Elia Kazan.

5. As part of his contract, Marlon Brando only worked till 4 every day and then he would leave to go see his analyst. 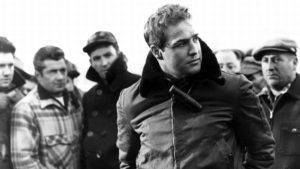 6. Shortly after the movie’s debut in 1954, the AFL-CIO expelled the East Coast longshoremen’s union because it was still run by the mob.

7. Grace Kelly turned down the role of Edie Doyle, deciding to make “Rear Window” instead.

8. Although the part of Edie Doyle is a lead, producer Sam Spiegel listed Eva Marie Saint as a Supporting Actress in the hopes of getting her a nomination. The plan worked and she won the Oscar.

9. The taxicab scene between Terry and Charlie, one of the most famous scenes in cinema, was not improves, as Marlon Brando claimed in his autobiography.

10. Sam Spiegel forgot to pay for the rear-projection equipment, which is the reason why the cab where Marlon Brando and Rod Steiger play out the movie’s most famous scene has blinds.

11. Most of the solo shots of Rod Steiger during the famous taxicab scene were done after Marlon Brando had left for the day.

12. Marlon Brando’s Oscar for Best Actor was either lost or stolen. However, the award did show up later when Brando was contacted by a London auction house, intending to sell the item. 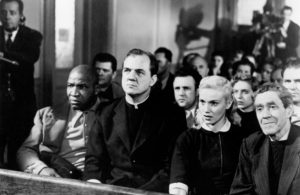 13. Eva Marie Saint’s character was supposed to be 19. However, the actress was 30 years old at the time of the movie’s release.

14. Frank Sinatra was originally considered for the role of Terry Malloy. Elia Kazan approached Sinatra about the part but producer Sam Spiegel favored Marlon Brando for his greater pulling power at the box office.

15. While preparing for the role, Marlon Brando became friendly with a young Al Lettieri, who was an acquaintance of real-life Mafia members.

16. Many real longshoremen, from Hoboken, New Jersey were used as extras in On the Waterfront.

17. Although Rod Steiger plays Marlon Brando’s older brother in the movie, in real life, Brando was a year older than Steiger.

18. On the Waterfront was one of the first movies named to the National Film Preservation Board’s National Film Registry in 1989. 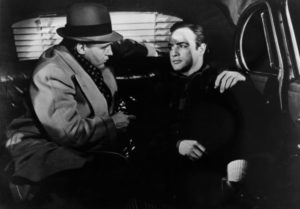 19. The part of Terry Malloy was originally written for John Garfield, who died before the movie was made.

21. With a budget of just under $1 million, On the Waterfront went on to gross ten times its production costs in its initial release.

23. Elia Kazan admitted having uneasy feelings about shooting on location near Mafia operated businesses and hangouts. Local hoods connected to the Cosa Nostra were constantly watching the production from the sidelines and would occasionally intimidate Kazan and his crew. Kazan eventually employed an armed bodyguard, Joe Marotta, the brother of the local chief of police. 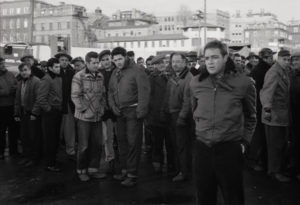 24. The role of Terry’s brother Charley was originally offered to Lawrence Tierney. However, Tierney asked for too much money so the role went to Rod Steiger who was nominated for an Academy Award for his performance.

25. In 2007, the American Film Institute ranked On the Waterfront as the number 19 Greatest Movie of All Time.

26. The original title was just “Waterfront” until Columbia learned that there was a television series by the same name. 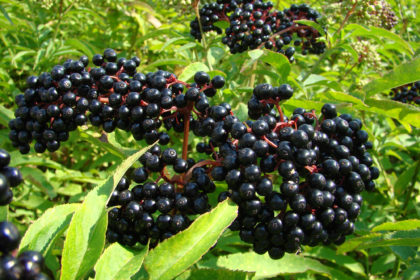 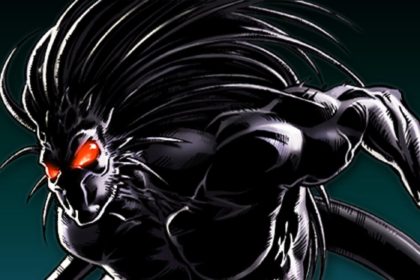 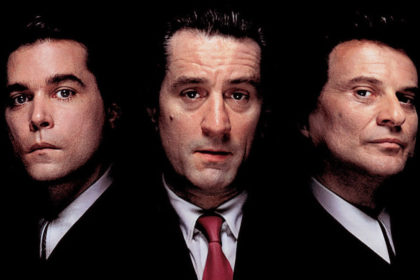