Andrew Carnegie was a Scottish-American industrialist, business magnate, and philanthropist. He led the expansion of the American steel industry in the late 19th century and is often identified as one of the richest people in the world. Take a look below for 30 more awesome and interesting facts about Andrew Carnegie.

1. He became a leading philanthropist in the United States and in the British Empire.

2. During the last 18 years of his life, he gave away about $350 million to charities, foundations and universities. This was almost 90% of his fortune.

3. His 1889 article proclaiming “The Gospel of Wealth” called on the rich to use their wealth to improve society, and stimulated a wave of philanthropy.

4. Carnegie was born in Dunfermline, Scotland, and emigrated to the United States with his parents in 1848.

5. He started work as a telegrapher, and by the 1860s had investments in railroads, railroad sleeping cars, bridges, and oil derricks. 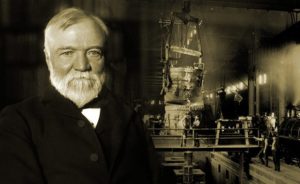 6. He accumulated further wealth as a bond salesman, raising money for American enterprise in Europe.

7. He built Pittsburgh’s Carnegie Steel Company, which he sold to J.P. Morgan in 1901 for $480 million. It became the U.S. Steel Corporation.

8. After selling Carnegie Steel, he surpassed John D. Rockefeller as the richest American for the next couple of years.

9. Carnegie devoted the remainder of his life to large-scale philanthropy, with special emphasis on local libraries, world peace, education, and scientific research. 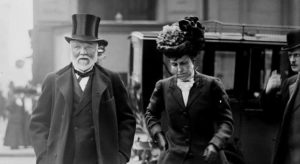 11. He was named after his legal grandfather.

12. He was educated at the Free School in Dunfermline, which had been a gift to the town by the philanthropist Adam Rolland of Gask.

13. Carnegie’s uncle, George Lauder Sr., a Scottish political leader, deeply influence him as a boy by introducing him to the writings of Robert Burns and historical Scottish heroes such as Robert the Bruce, William Wallace and Rob Roy.

14. When Carnegie was 13 years old, his father had fallen on very hard times as a handloom weaver. Making matters worse, the country was in starvation.

15. His mother helped support the family by assisting her brother, a cobbler, and by selling potted meats at her “sweetie shop,” leaving her as the primary breadwinner.

17. Carnegie believed that it is the effort and will of the people that maintains the peace in international relations. Money is just a push for the act.

19. In his early life, Carnegie was skeptical of Calvinism, and religion as a whole, but reconciled with it later in his life.

20. Witnessing sectarianism and strife in 19th century Scotland regarding religion and philosophy, Carnegie kept his distance from organized religion and theism.

21. He claimed to be a champion of evolutionary thought, particularly the work of Herbert Spencer, even declaring Spencer his teacher.

23. He was an ardent supporter of commercial “survival of the fittest” and sought to attain immunity from business challenges by dominating all phrases of the steel manufacturing procedure.

24. In a notable Spencerian manner, Carnegie argued that unions impeded the natural reduction of prices by pushing up costs, which blocked evolutionary progress.

25. Carnegie felt that unions represented the narrow interest of the few while his actions benefited the entire community. 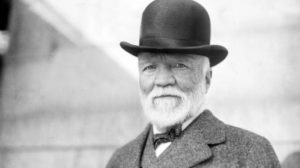 27. In 1911, he became a sympathetic benefactor to George Ellery Hale, who was trying to build the 100 inch Hooker Telescope at Mount Wilson, and donated an additional $10 million to the Carnegie Institution.

28. In 1901, in Scotland, he gave $10 million to establish the Carnegie Trust for the Universities of Scotland.

29. He gave a further $10 million in 1913 to endow the Carnegie United Kingdom Trust, which was a grant-making foundation.

30. In 1901, Carnegie established a large pension fund for his former employees at Homestead and, in 1905, for American college professors. 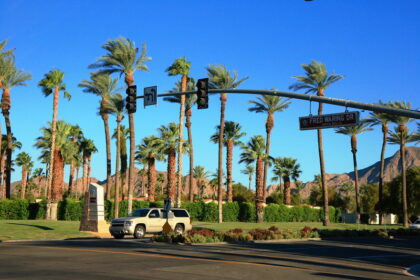 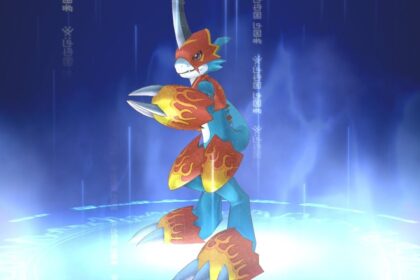 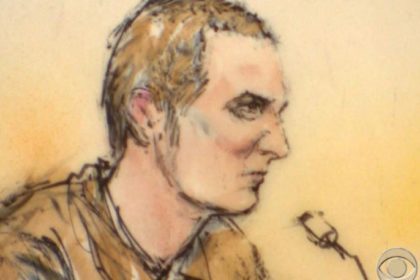