Leven Alice Rambin, born May 17, 1990, is an American actress. She’s best known for playing look-alike half sisters Lily Montgomery and Ava Benton on All My Children and her recurring roles in Grey’s Anatomy and Gone. Rambin also appeared in Terminator: The Sarah Connor Chronicles, One Tree Hill, Wizards of Waverly Place and CSI: Miami. Take a look below for 28 more interesting and fun facts about Leven Rambin.

1. She appeared in the science fiction movie The Hunger Games as the District 1 tribute Glimmer, and appeared as Clarisse La Rue in the fantasy movie Percy Jackson: Sea of Monsters.

2. She was born in Houston, Texas, to Joseph Howard Rambin III and the former Karen Stacy Guthrie, who founded Moody Rambin Real Estate.

4. She began performing in school plays and studied at the Houston School of Film and Theater and at St. Francis Episcopal Day School, where she starred in her first school play. 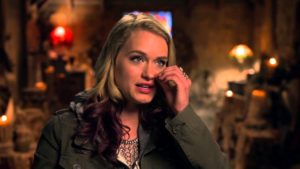 6. Rambin was the National Charity League volunteer and officer from 2003 to 2004.

7. She volunteered for Keep Houston Beautiful, which is an anti-littering organization.

9. She completed a youth modeling course through Mayo-Hill.

10. She attended the Popstar! Magazine album release party for Jesse McCartney on September 17, 2004, at Planet Hollywood in New York.

11. She frequently shops at Arden B., Bloomingdale’s and Delia’s. 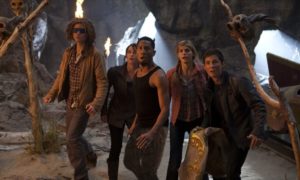 14. She’s the sister of fashion handbag designer Mary Rambin, whose Moe brand is popular among celebrities.

16. She’s a big fan of Griffin Newman. She referred to him as, “the best actor of this, or really any generation,” when asked which of her contemporaries she admires.

18. She began dating True Blood actor Jim Parrack in the spring of 2014. The couple became engaged in August 2014 and married on October 10, 2015. In March 2017, it was announced that the couple had split after less than two years of marriage. 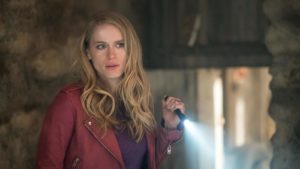 19. As of April 2017, Rambin has been in a relationship with actor Tilky Jones.

20. Rambin is a fashion enthusiast and has written several editorials on New York Fashion Week for Paper Magazine and Page Six.

21. She’s very passionate about autism research and awareness as well as the humane treatment of animals.

22. She’s involved with Surf for Life, which is an organization that creates educational and cultural development projects in coastal communities around the world.

23. Rambin first started her career at the age of 13, as a series regular on ABC’s All My Children, playing the role of Lily Montgomery, the autistic daughter of Jackson Montgomery, played by Walt Willey.

25. She was nominated for Outstanding Younger Actress in a Drama Series for her roles of Lily Montgomery and Ava Benton.

26. Rambin appeared in the comedy drama, Walter as Kendall, the main love-interest of the title character.

27. She was cast as Natalie in The Tomorrow People, appearing in the final three episodes of the television series.

28. In 2013, Rambin moved to New York City to study acting full-time at the Playhouse West Brooklyn Lab and is now a teacher and staff member at the school. 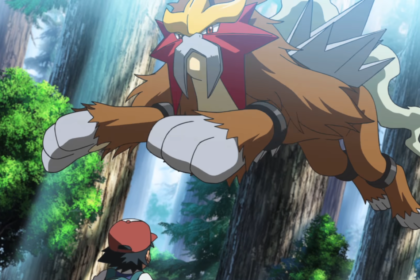