1. Sunset Boulevard was praised by many critics when first released. It was nominated for 11 Academy Awards and won three.

2. As a practical joke, during the scene where William Holden and Nancy Olson kiss for the first time, Billy Wilder let them carry on for minutes without yelling cut. It was eventually Holden’s wife who yelled cut as she happened to be on set that day.

3. Montgomery Clift quit the production because he was, like the character of Joe, having an affair with a wealthy middle-aged former actress, Libby Holman, and he was scared the press would start prying into his background.

4. When Gloria Swanson finished Norma’s final scene, the mad staircase descent, she burst into tears and the crew applauded. Even though it wasn’t the last scene filmed, Billy Wilder threw a party for her as soon as the shot was finished. 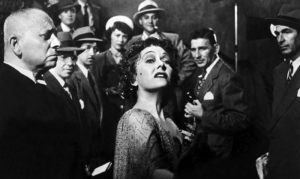 5. The pictures of the young Norma Desmond that decorate the house are all genuine publicity pictures from Gloria Swanson’s glory days.

6. Cecil B. DeMille agreed to do his cameo for a $10,000 fee and a brand-new Cadillac. When Billy Wilder went back to him later to secure a close-up, DeMille charged him another $10,000.

7. For some scenes, cinematographer John F. Seitz would sprinkle dust into the air so it could be caught by the lights and create  moody effect. Seitz had used a similar technique on Double Indemnity.

8. Paramount was more than happy to be the subject of the movie, and didn’t ask for the studio to be disguised. In fact, the buzz about the movie during production was so intense that the viewing of the daily rushes became one of the hottest tickets on the lot.

9. Erich von Stroheim dismissed his part in Sunset Boulevard, referring to it as, “that butler role.”

10. The fee for renting the Jean Paul Getty mansion was for Paramount to build the swimming pool, which is one of the features in the movie.

11. Billy Wilder went into production with only 61 pages of script finished, so he had to shoot more or less in chronological order. 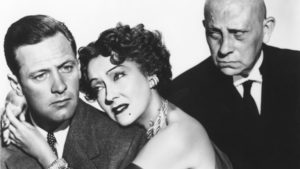 12. Mae West rejected the role of Norma Desmond because she felt she was too young to play a silent film star.

13. It was George Cukor who suggested Gloria Swanson for the role of Norma Desmond. Billy Wilder had worked on a script for a Swanson picture years earlier called Music in the Air but had forgotten about it.

14. The original nitrate negative for Sunset Boulevard have long disappeared. The only extant film elements were 35 millimeter inter-positives struck in 1952, which had undergone a great deal of decay.

16. Sunset Boulevard was scored by Franz Waxman. His theme for Norma Desmond was based on tango music, inspired by her having danced the tango with Rudolph Valentino.

18. To promote Sunset Boulevard, Gloria Swanson traveled by train throughout the United States, visiting 33 cities in a few months. 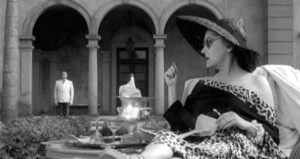 20. Billy Wilder originally wanted Pola Negri to take the part of Norma Desmond. However, when he called her, he found that Negri’s Polish accent, which had killed her career, was still too thick for such a dialog-heavy movie.

22. The antique car used as Norma Desmond’s limousine is an Isotta-Fraschini, and once belonged to 1920s socialite Peggy Hopkins Joyce. It was a gift from her lover, automobile magnate Walter Chrysler.

24. In 1989, the National Film Registry of the Library of Congress selected the movie as one of 25 landmark films of all time. 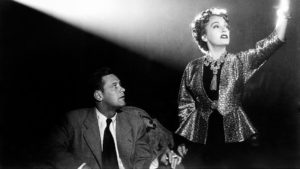 25. In 1998, the American Film Institute selected Sunset Boulevard as the 12th greatest film of the 100 Greatest American Movies of All Time.

26. For the first industry screening, Paramount executives invited several silent film stars. At the end, they stood and cheered for Gloria Swanson’s comeback.

27. To publicize the movie, Paramount sent Gloria Swanson on a cross-country tour, paying her $1,000 per week for her services.

28. In 2007, the American Film Institute ranked Sunset Boulevard as the number 16 Greatest Movie of All Time. 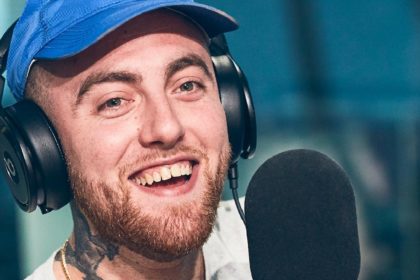 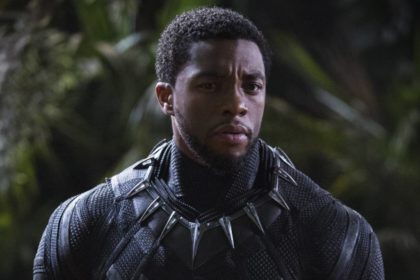 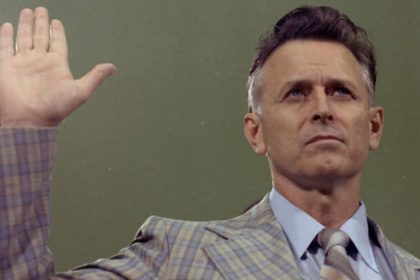