Zamazenta is a Fighting-type Legendary Pokémon introduced in Generation VIII. While it is not known to evolve into or from any other Pokémon, Zamazenta has a second form activated by giving it a Rusted Shield to hold. Its original form, Hero of Many Battles, will then become the Fighting/Steel-type Crowned Shield.

Zamazenta is the game mascot of Pokémon Shield, appearing on the boxart in its Crowned Shield form. Take a look below for 28 fascinating and fun facts about Zamazenta.

1. Zamazenta resembles a magenta wolf with yellow eyes, with a bulkier frame than Zacian’s and a ponytail on its head.

2. Its forelimbs, tail, and ponytail are all a deep blue.

3. Its body is covered in battle scars and part of its right ear is missing (which is healed when it enters its Crowned Shield form).

4. Its head and neck have thick fur resembling a shield.

5. The Crowned Shield form causes Zamazenta to generate a set of golden armor covering the front of its body like a shield; while the side portion normally covers its forelimbs, it can slide forward to allow Zamazenta to use Behemoth Bash or protect itself from frontal attacks more effectively.

6. Its ponytail also grows to cover most of its backside.

7. By absorbing metal particles, Zamazenta can change to its other form in battle.

8. In legends, it is known as the Fighting Master’s Shield due to its ability to defect any attacks.

9. Zamazenta is both feared and respected by all.

10. By becoming a statue, it can rest for eons; even while asleep, it can cast illusions including a projection of itself.

11. Zamazenta is capable of flying.

12. It is variously believed to be the younger sibling or the rival of Zacian.

13. When together with Zacian, it cancels out the power of Eternatus, even in the powerful Eternamax form.

14. Zamazenta’s regal and majestic movements enable it to overwhelm opponents who face off against it.

15. Zamazenta fends off the attacks of foes by using the golden shield that covers its front. The shield’s strength is so formidable that even the sharp claws of Dragon-type Pokémon cannot leave a single scratch upon it.

16. No battlefield, no matter how terrible, can make Zamazenta flinch in its resolve. It charges at enemies head-on with the impregnable shield-like armor that serves as a weapon.

17. By bashing the enemies with its full might, it is said that the power can cause cracks in the land and that the resulting shockwaves can lay waste to hundreds of enemies.

18. By using its signature move, it can go through towering mountains.

19. Zamazenta is the only known Pokémon capable of using Behemoth Bash.

20. Crowned Shield Zamazenta has the highest base Defense and Special Defense stats of all Fighting-type Pokémon.

22. Zamazenta may be based on King Arthur’s shield, known as Wynebgwrthucher or Pridwen. It may also be based on the Knights of the Round Table, characters under Arthur’s order said to work with him to protect the British kingdom.

23. Its relationship with Zacian may reference the relationship between King Arthur and his sister Morgan le Fay. It otherwise resembles a wolf, an animal once native to Great Britain and an important heraldic symbol for noble families during the Middle Ages.

24. It also resembles the Iron Wolf of ancient Lithuanian mythology. The armored plating on Zamazenta is similar to that of a barding, a form of body armor worn by warhorses during the Late Middle Ages.

25. The story of Zacian and Zamazenta retreating to the Slumbering Weald to recover from their wounds, and their return in the present day to save Galar, parallels the legend of King Arthur’s messianic return.

26. Zamazenta’s shield’s ability to resist any attack, with Zacian’s sword being able to cut through anything, could be an example of an irresistible force paradox. One of the most famous examples of this in folklore include the Chinese tale of a peddler selling a sword and a spear with similar properties, only to be asked what would happen if the two items were to be used against one another. Another example tells of the Greek hunting hound Laelaps, which always caught its prey, being set upon Teumessian fox, which could never be caught, and had to be turned into constellations to prevent the paradox.

27. Zamazenta is derived from the magenta.

28. Zamazenta debuted in PASS05. Sōdo and Shirudomiria encountered Zamazenta and Zacian in the Slumbering Weald, though their attempt to fight off the two Pokémon revealed they were merely illusions. 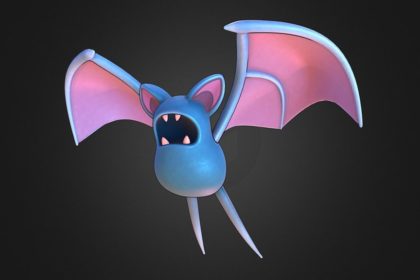 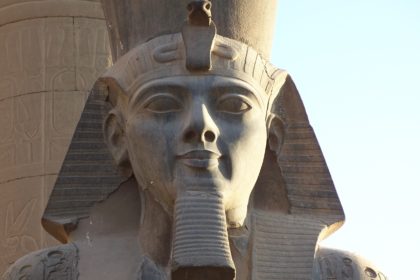