Genesect is a dual-type Bug/Steel Mythical Pokémon introduced in Generation V. While it is not known to evolve into or from any other Pokémon, Genesect has four other forms, which are activated by inserting the Drive in the cannon on its back. The Drive is visibly different within its sprites depending on the Drive it is holding.

Genesect is the last Pokémon in the original Unova Pokédex as well as the Black 2 and White 2’s Unova Pokédex. Take a look below for 28 awesome and amazing facts about Genesect.

1. Genesect is a bipedal, insectoid Pokemon with a metal body and a saucer shaped head.

2. It is primarily purple with several gray markings.

3. It has two large red eyes and a small white part that could be either its mouth or a vent.

4. It has thin arms with overlapping segments.

5. Each arm ends with a single, pointed claw.

6. There is a gray circle on each shoulder, and a gray band around its abdomen.

7. Its segmented legs each end with a large, upward curving claw.

8. The powerful cannon on its back and other enhancements were apparently added as part of the bizarre modifications made to it by Team Plasma.

9. It is the only Pokémon capable of learning the move Techno Blast, an attack which changes type depending on the Drive it holds.

10. It is indicated that even before Team Plasma powered up Genesect, it was a skilled and ruthless hunter.

11. By folding up its limbs and connecting its head to the cannon on its back, Genesect can assume a flying saucer-like form, allowing it to fly.

12. This form is known in Japanese as the 高速飛行形態 high-speed flight configuration. It can also spin a sticky string from its claws to create structures.

13. Genesect is the only Bug-type Mythical Pokémon.

14. Genesect is tied with Mega Pinsir, Mega Scizor, and Mega Heracross for the highest base stat total of all Bug-type Pokémon.

15. Genesect’s backstory is similar to Mewtwo‘s: both were created by villainous teams in at least one canon, and genetically engineered to be more powerful than the Pokémon they were based on.

16. Genesect is the only Pokémon whose Pokédex entry names a villainous team, in this case, Team Plasma.

17. Despite Techno Blast being its signature move, Genesect cannot receive STAB from it.

18. When sent out, from Generation VI onward, Genesect unfolds from its high-speed flight configuration. This is the only time this configuration can be seen in the games.

19. Genesect is generally based on the giant insects of the Paleozoic era, which existed for 300 million years, making it as old as the cockroach.

20. Its Steel-type features that give it a somewhat robotic appearance may be a reference to alien robots in science fiction media, but this may be due to Team Plasma’s modifications.

21. Its design might also be inspired by the “artillery mech” vehicles in various mecha anime and manga.

22. Genesect may be a combination of gene, genetics, genome, or genesis; and insect.

23. The Genesect Army, a group of five Genesect led by a Red Genesect, first appeared in Meowth, Colress and Team Rivalry!, where N found the ruins of a building and learned the Genesect Army were responsible for the destruction by using his ability to hear the voices of Pokémon.

24. The Genesect Army played a major role in Genesect and the Legend Awakened. They went on a rampage in New Tork City while attempting to search for their ancient habitat, thus bringing them into conflict with a Mewtwo.

25. The Genesect Army plays a major role in Genesect and the Legend Awakened. Likewise, the group appears in the manga adaptation of the film by Momota Inoue.

26. A Shiny Genesect was seen as a silhouette at P2 Laboratory in The Shadow Triad. The Shadow Triad was seen testing its power. It later appeared again at the Pokémon League, where it helped Hood Man escape. Later, in the Black 2 & White 2 chapter, it was revealed to be under the ownership of Colress.

27. In Mr. Perfect, Colress attacked Aspertia City with another Genesect, where it came into contact with Blake and Looker, the former of whom ultimately captured Genesect. Although Blake had initially reported Genesect to the International Police, he was seen in possession of it in Cold Storage Battle, riding it through the Relic Passage. In PS541, it was revealed that Blake had taken Genesect for his own use without permission, despite it having been under strict supervision, which was one of the reasons why he had been subsequently fired from the International Police.

28. Genesect was a Pokémon created by Dr. Zeno. After it saved Dr. Zeno from being trapped in his lab, he decided to give it to Arata in order to bring out its full potential. 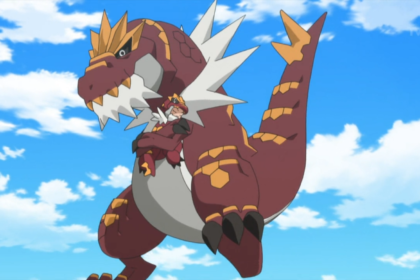