Bullseye, or Lester, is a fictional character that appears in American comic books published by Marvel Comics. He is a psychopathic assassin that uses the opportunities afforded by his line of work to exercise his homicidal tendencies and to work out his own personal vendetta against Daredevil. Take a look below for 27 more interesting and fun facts about Bullseye.

1. Although he has no superpowers, Bullseye is able to use almost any object as a lethal projectile, be it weapons like a shuriken and sai or seemingly harmless objects like playing cards and pencils.

2. Bullseye’s marksmanship is uncanny, at nearly supernatural level, but he has been known to miss moving targets.

3. In the Daredevil live-action movie, Bullseye is portrayed by Colin Farrell.

4. Although he was created by Marv Wolfman and John Romita, Sr., the character’s first appearance in Daredevil #131 features art by Bob Brown and Klaus Janson. 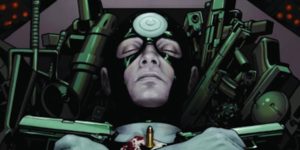 5. Bullseye’s real name and origins are unknown. He has used the name Benjamin Poindexter on several occasions, but there are also instances where his name is given as Lester.

6. The miniseries Bullseye: Greatest Hits developed the character’s back-story, but also revealed that some or all of it has been fabricated, probably by Bullseye himself.

7. Following the Civil War storyline, Warren Ellis took over writing Thunderbolts and Bullseye became one of the core members of the new team line-up.

8. In the Secret Invasion aftermath storyline Dark Reign, Bullseye becomes a member of the Dark Avengers, under the alias Hawkeye and features in a five issue limited series Dark Reign: Hawkeye, written by Andy Diggle, with art by Tom Raney.

9. Bullseye is killed by Daredevil in Shadowland #1, but is later confirmed alive in issue #26 of the third Daredevil comic book series.

10. Only Bullseye and Hawkeye can match Boomerang‘s terrifying accuracy. 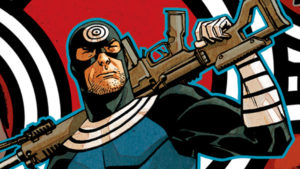 11. When Bullseye was a young man, he was a talented pitcher and got to play in the major leagues. After going nearly the entire game without a hit, the batter of the opposing team mocked Bullseye while he was about to pitch his next ball, so Bullseye threw the ball at his head, killing him.

12. Bullseye has had stripes of adamantium fused to his bones, making his bones virtually indestructible.

13. Daredevil once caught a card thrown by Bullseye.

14. Bullseye once threw a rifle at a man’s neck, killing him.

15. Ben Affleck originally was in the running to play Bullseye in the live-action Daredevil movie, but he eventually was slated as the title role of Daredevil instead.

16. Bullseye has been one of the preferred hired killers on Kingpin’s payroll.

17. He once tried to kill his own father by burning down the prison that he was locked up in. 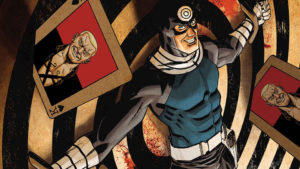 18. In the Age of Apocalypse storyline, Bullseye is seen as one of humanities greatest soldiers. Using a machine gun and hitting every enemy target, he fights on the side of “good.”

19. A version of Bullseye appears in the Mutant X continuity, where he plays a notorious supervillain. Bullseye shows up at the courthouse to assassinate Beast when Beast is on trial for murder charges.

21. In the Marvel 1602 universe, Bullseye appears as an assassin for the villainous Captain Wilson Fiske. He is heavily tattooed around the face and arms, and possesses the mainstream Bullseye’s abilities.

22. The Bullseye who appears in the House of M reality is in the employ of Wilson Fisk, alongside several other assassins. He’s tasked with killing Black Cat when the Kingpin decides to reveal the Black Cat as a traitor.

23. Some of Bullseye’s accomplishments include lacerating a person’s throat with a thrown playing card, splitting his own tooth through a human skull, tossing a paper airplane to a distant rooftop, and killing a person with a toothpick thrown through a window from a hundred yards away.

24. While Wolverine‘s adamantium was implanted using only stolen, incomplete notes on the bonding process as a guideline, and thus only his mutant healing factor allowed him to survive the process, Bullseye’s surgery was performed properly by Lord Dark Wind himself, and thus included the special herb treatment which prevents the body from being destroyed by the implantation.

25. Bullseye has a compulsive need to study his targets’ histories, abilities and relationships before engaging them. This compulsion often crosses from the professional line into the personal, such as his obsession with Elektra.

26. Due to a mutual head injury, Bullseye was able to sense Daredevil’s presence psychically for a short amount of time.

27. Aside from his ability to throw projectiles with lethal accuracy, Bullseye is also an expert martial artist and is extremely talented in the use of conventional firearms. 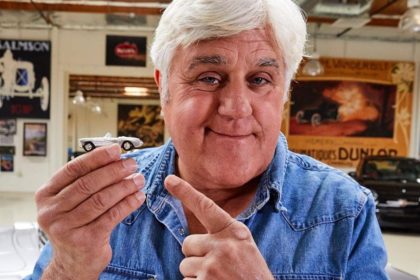 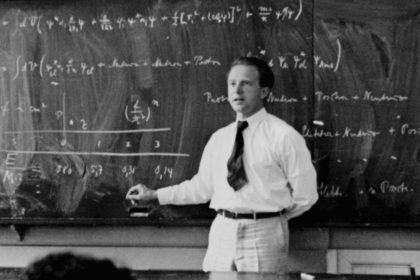 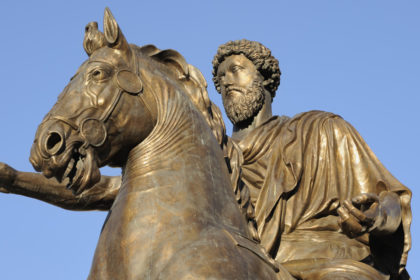