John Wick: Chapter 2 is a 2017 American neo-noir action thriller movie directed by Chad Stahelski and written by Derek Kolstad. The movie is the second installment in the John Wick movie series. The plot follows hitman John Wick, who goes on the run after a bounty is placed on his head. Take a look below for 27 more fun and interesting facts about John Wick: Chapter 2.

2. John Wick: Chapter 2 marks the first collaboration between Keanu Reeves and Laurence Fishburne since appearing together in The Matrix trilogy.

3. The movie grossed $171.5 million worldwide, which was over four times its $40 million budget and nearly twice the $88 million gross of the original movie.

4. Keanu Reeves performed about 95% of the fight scenes himself. The only stunts that he didn’t do are the ones in which John Wick gets hit by a car, and the one in which he falls down the stairs during the fight with Cassian.

5. To prepare for the role, Keanu Reeves trained for three months. His training consisted of Judo, Brazilian Jiu-Jitsu, marksmanship and driving. 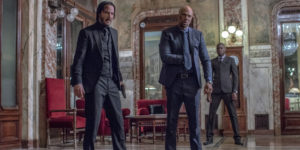 6. After the opening title sequence, John Wick’s car has an inspection sticker with the expiration date of October, 2014. This is the release date of the original John Wick movie.

7. The DJ performing at the party in Rome is “La Castle Vania” who wrote music for both John Wick movies.

8. The actors who play the Russian mafia brothers, Viggo Tarasov and Abram Tarasov, are both from Sweden.

9. During the subway scene when John Wick is being chased by two “janitors,” you can see a graffiti drawing of a character, Chains, from the game Payday 2. After the first installment of John Wick was released, John Wick became a playable character in the game.

10. The rooftop garden scene with Winston and John Wick is the same setting as seen in the 2002 Spider-Man movie, when Spider-Man saves Mary Jane from the Green Goblin.

11. Ruby Rose’s character Ares is never referred to by name in the movie. Her name is only revealed in the credits to be Ares, though it also appears next to a photograph of her earlier in the movie, in the Bowery’s headquarters. 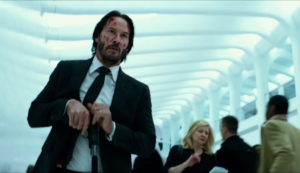 12. Keanu Reeves says to Laurence Fishburne, “So I guess you have a choice.” This phrase, or variations of it, was a constant theme of these actors’ previous collaboration, The Matrix trilogy.

13. The movie begins right after the events of the first John Wick movie.

15. When the Sommelier mentions that John Wick was familiar with the “German varietals,” it’s an offhand reference to Wick using, for most of the first and part of this movie, a Heckler & Koch P30L handgun.

16. Chad Stahelski and David Leitch mentioned in a Screen Junkies interview how there were several different story ideas for John Wick: Chapter 2, including ones which would have him saving his daughter, or some love interest.

17. When Aurelio breaks down the problems with John’s car, he actually got some of his lines from the special effects crew members that helped smash the car, seeing that John Leguizamo wasn’t present for those scenes and needed to be given some details.

18. The dog in this installment of John Wick is an American Bully, which is similar to the British Staffordshire Bull Terrier. 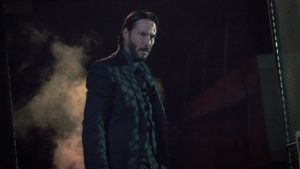 19. John Wick: Chapter 2 was partially filmed in Montreal, Quebec. The city’s architecture and various landmarks are visible during the movie, including in the first scene, in which John drives past the Scotiabank Theater Montreal on Saint Catherine Street, where the movie would be shown in 2017.

20. The title of the movie doesn’t appear until almost 14 minutes into the movie.

21. The fight between John Wick and Cassian in Rome contains a stairway which is one of the iconic parts of the Counter Strike Map “Italy.” 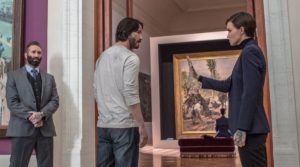 25. The Broad Street Bound C Train that John Wick rides is actually a PATH train that goes between the World Trade Center in lower Manhattan and Exchange Place in Jersey City, New Jersey.

26. Throughout the movie, the D’Antonio family is identified as being part of the Camorra, an Italian crime organization based in Naples. In real life, Riccardo Scamarcio is from the Apulia region, while Claudia Gerini is from Rome.

27. The badge worn by the Somalier and the key chain given to John Wick are actually the German Anti-Partisan Guerrilla Warfare badges awarded to German soldiers during World War II. They just removed the swastika and replaced it with a skull for the movie. 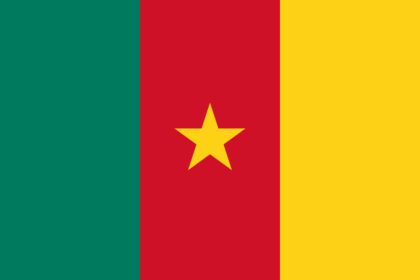 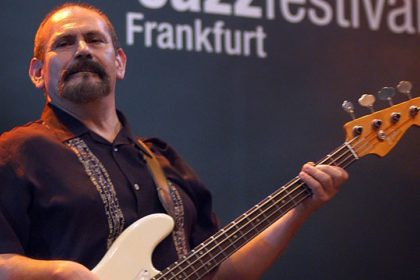 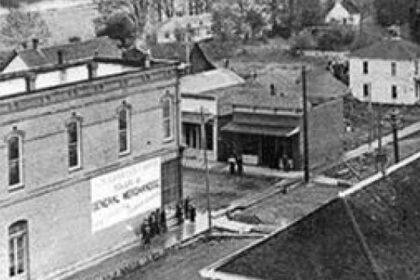