Wobbuffet is a Psychic type Pokemon introduced in Generation II. It evolves from Wynaut starting at level 15. Take a look below for 27 fun and fascinating facts about Wobbuffet.

1. Wobbuffet is a tall, cyan Pokemon with a soft body.

2. Its eyes usually appear scrunched, and it has a jagged upper lip.

3. The female Wobbuffet has a red marking on its mouth that resembles lipstick, while the male does not. It has flat arms that are wider towards the tip and four stubby legs at the base of its body.

4. There are two eyespots on its black tail.

5. Wobbuffet is very protective of its tail, to the point where it will suddenly turn uncharacteristically aggressive if the tail is attacked.

6. Wobbuffet is usually a docile Pokémon that will never attack first. However, when it is attacked, it will inflate its body and initiate a counterstrike.

7. When two or more of this Pokémon meet, they will attempt to outlast each other in a battle of endurance. However, since neither is able to attack, they may compete to see which can last without food.

8. Because of its overprotective nature regarding its tail and hatred of light, Wobbuffet lives in dark caves.

9. Wobbuffet has the highest base HP of all Psychic-type Pokémon.

10. Wobbuffet is one of fourteen Pokémon that one can collect foreign Pokédex entries for in Pokémon Diamond and Pearl.

11. If the opponent does not attack Wobbuffet, Wobbuffet cannot harm the opponent except with Struggle (itself unusable unless Wobbuffet has run out of moves) or through the use of a Z-Move or a Dynamax move.

12. Wobbuffet was banned from many unofficial tournaments until Generation V, due to its unique moveset and Ability, Shadow Tag, making it somewhat difficult to counter.

13. Before Generation IV, Wobbuffet could not damage a Ghost- or Dark-type Pokémon (without the use of Struggle) that uses an attack of its own type because all Ghost moves were physical (the Ghost type is immune to Counter) and all Dark moves were special (the Dark type is immune to Mirror Coat). It is still not possible for Wobbuffet to counter the Ghost/Dark typed Sableye or Spiritomb unless another Pokémon uses Foresight, Odor Sleuth, or Miracle Eye first or the Pokémon is holding a Ring Target, or if Scrappy is passed onto Wobbuffet.

14. In Generation III, if two Wobbuffet with Leftovers are facing each other in a Single Battle, the battle will become endless as all of Wobbuffet’s moves do not directly damage the opponent, and the player cannot switch to their other Pokémon due to Shadow Tag. Even if the Wobbuffet use Struggle, the damage will be healed quickly by Leftovers. Shadow Tag and Struggle were both changed in Generation IV, likely as a direct response to this scenario.

15. Wobbuffet was designed by Hironobu Yoshida.

16. Wobbuffet is likely based on a punching bag; that is, when it is hit, it bounces back. Alternatively, it may be based on the concept of Karma as it can only cause damage if it is attacked first.

17. Wobbuffet may also be based on an Okiagari-koboshi doll, a Japanese traditional doll with squinted eyes that stands back upright when pushed over.

18. Given that Wobbuffet often touches its hand to its forehead, it may also be based on the late Japanese comedian Sanpei Hayashiya, who was famous for repeatedly touching his hand to his forehead while saying one of his trademark lines, sō nansu, okusan, “That’s the way it is, ma’am.”

19. Wobbuffet is a combination of wobble and buffet (to strike repeatedly), referring to its punching-bag shape.

20. Jessie has a Wobbuffet that frequently emerges from his Poké Ball to shout his name or cause what Jessie considers to be trouble. He has appeared in almost every episode since she accidentally traded her Lickitung for him in Tricks of the Trade. She rarely uses Wobbuffet in battle, but when she does, the results are generally good. On the other hand, Jessie’s few attempts at using Wobbuffet in Contests have all had negative results.

21. Wobbuffet was left at Team Rocket’s headquarters prior to Jessie, James and Meowth‘s departure to the Unova region. He was later reunited with Jessie when the trio returned to Kanto, and he was the only one of Jessie’s Pokémon to accompany her to the Kalos and Alola regions.

22. Wobbu-Palooza! featured a town in which everyone owned a Wobbuffet, including the local Officer Jenny.

23. A female Wobbuffet appeared in A Fork in the Road! A Parting of the Ways!, under the ownership of Dr. White. She became the love interest of Jessie’s Wobbuffet for the majority of the episode.

24. A Mirror World Wobbuffet briefly appeared at the end in The Cave of Mirrors!, under the ownership of Mirror Jessie.

25. Wobbuffet debuted in Absolutely Azumarill, under the ownership of Crystal’s mother, Mirei.

26. A Wobbuffet appeared in The Last Battle XIII as one of the Pokémon sent to participate in the fight in Ilex Forest.

27. A Wobbuffet appeared in Out-Odding Oddish, under the ownership of a Pokéathlon participant. 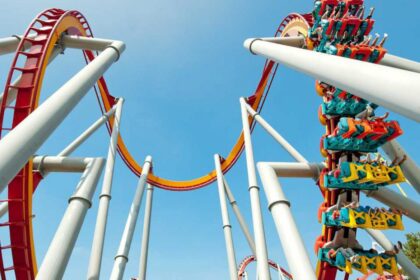 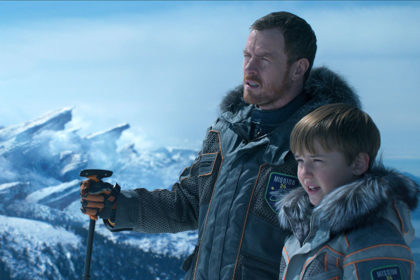