Nidoran♀ is a Poison type Pokemon introduced in Generation I. It evolves into Nidorina starting at level 16, which evolves into Nidoqueen when exposed to a Moon Stone. It is related to the Nidoran line, and can produce Eggs that contain either a female or male Nidoran. However, it is the only one of its line that can breed, as Nidorina and Nidoqueen are part of the Undiscovered Egg Group. Take a look below for 25 fun and fascinating facts about Nidoran.

2. It has large, spiny ears, oversized front teeth, red eyes, and a pair of whiskers on each cheek.

3. It is light blue with several darker blue spots.

4. There are two white claws on each of its paws.

5. Its back is covered with small toxic spines, and it has a small forehead horn.

6. The poison secreted by the spines and horn is extremely potent, and even a scratch from its horn or a drop of poison from its barbs can be deadly.

7. This docile Pokémon only uses its poison when it feels threatened.

8. Nidoran♀ lives in open spaces, such as savannas and plains.

9. Nidoran♀ is an exclusively female Pokémon, Nidoran♂ being its male counterpart.

10. Nidoran♀ and Nidoran♂ were the first Pokémon to feature gender differences, or even gender at all.

11. Despite the addition of genders to most Pokémon starting in Generation II, the two variations of Nidoran remained separate species, rather than a singular species that splits down different evolution paths based on gender.

13. Nidoran♀ is the only Pokémon that loses the ability to breed upon evolution.

15. Nidoran♀ shares its category name with Nidorina, Nidoran♂, Nidorino, Poipole, and Naganadel. They are all known as the Poison Pin Pokémon.

16. Due to the fact that its gender, ♀, is included in its name, checking Nidoran♀’s summary from Generation II onward will display as if it were genderless if it does not have a nickname. If its nickname is anything other than “Nidoran♀”, its gender will appear as normal.

18. Anatomically, however, they are arguably most like hyraxes – small, rodent-like mammals that are genetically more closely related to much larger mammals like elephants and manatees featuring thickset bodies with tough hides (similar to Nidorina and Nidoqueen).

19. Nidoran♀ may be derived from needle.

20. It may also come from cnidocyte, a type of venomous cell responsible for the stings delivered by stinging animals, most notably jellyfish.

21. A Nidoran couple appeared Wherefore Art Thou, Pokémon?, where they were in love with one another, much to the dismay of their Trainers, who hated one another. After the battle with Team Rocket, upon which she kissed Ralph’s Nidoran♂, Emily’s Nidoran♀, nicknamed Maria, evolved into a Nidorina.

22. Multiple Nidoran♀ appeared in Leading a Stray!, where they were among the Pokémon assisting a Luxio in its efforts to help a Wailmer trapped in the sewers.

23. Nidoran♀ debuted in Sparks Fly for Magnemite, where she was seen in Gringey City’s Pokémon Center.

24. Multiple Nidoran♀ appeared in Showdown at the Po-ké Corral, where they were among the Pokémon living at Professor Oak’s Laboratory. These Nidoran♀ were colored the same way as Shiny Nidoran♀, but they predated the introduction of Shiny Pokémon.

25. A Nidoran♀ appeared in Pikachu’s Vacation as one of the Pokémon seen at the Pokémon Theme Park. 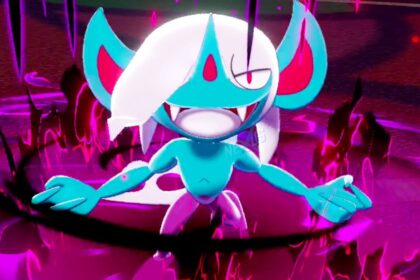 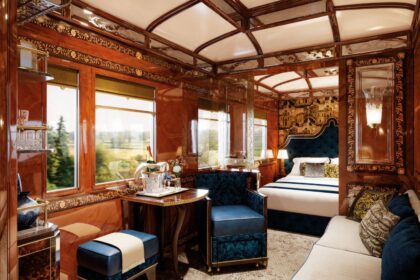