The Blonde Phantom, or Louise Grant Mason, is a fictional masked crime fighter that appears in American comic books published by Marvel Comics. She was created by Marvel predecessor, Timely Comics, and first appeared in All Select Comics #11. Take a look below for 24 more fun and interesting facts about Blonde Phantom.

1. The creator of Blonde Phantom is disputed. Don Markstein’s Toonopedia states that the character was created by Stan Lee and Syd Shores, but Al Sulman claims to have created the character during his time as script editor for Timely Comics.

3. Comics historian Jess Nevins noted that the Timely comics teen-humor character Millie Collins wore a mask and veil and posed as the Blonde Phantom for a cosmetic company’s publicity campaign in a story in Millie the Model #2. 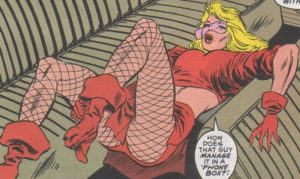 4. The character’s civilian identity, Louise Mason, was reintroduced in The Sensational She-Hulk #2.

6. Louise was so enamored with her boss and wanting to help him break cases that she put on a black domino mask and red evening gown and ventured out at night to fight crime.

7. She was highly athletic and seemingly trained in martial arts. She also carried a .45 caliber pistol.

8. Her boss Mark Mason, had a crush on the Blonde Phantom but not on Louise.

9. At one point, the Blonde Phantom fought alongside the All-Winners Squad superhero team for an adventure. 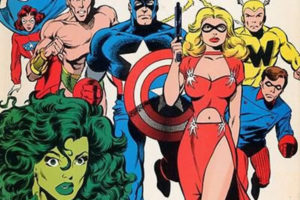 10. Louise Grant left crimefighting at one point to marry her employer, Mark Mason, in 1949, taking his last name. She gave birth to their daughter Wanda and, later, to son Earl.

11. Blonde Phantom would often finger herself pulled into She-Hulk’s surreal adventures. They would confront many villains such as Stilt-Man.

12. Blonde Phantom accompanied She-Hulk into outer space, where they became allies with Razorback and his compatriots U.S. Archer and Al the Alien.

13. After being taken prisoner by the subterranean ruler Mole Man, she was restored to her more youthful version by a mysterious chemical process.

15. Blonde Phantom is a normal human woman with no super powers. However, during the brief body switch with She-Hulk, she temporarily gained superhuman strength, stamina, durability and a regenerative healing factor. 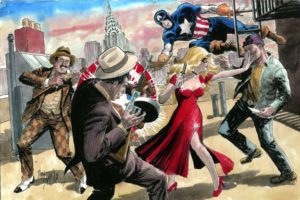 16. She’s a skilled fighter, an experienced detective, highly athletic and is seemingly trained in some martial arts.

17. She has displayed the ability to see beyond the Fourth Wall.

18. The awareness of the Fourth wall allowed her to age much slower and thus only appeared to be middle-aged by the time she first met She-Hulk.

19. In The Official Handbook Of The Marvel Universe: Golden Age 2005 it states that Blonde Phantom occasionally received assignments from a mysterious man called Father Time. 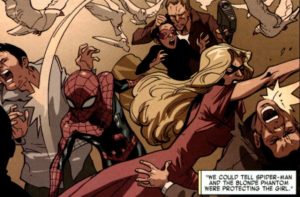 23. In Marvel Adventures Spider-Man, Blonde Phantom is depicted as a confidant to Spider-Man and his girlfriend Sophia “Chat” Sanduval.

24. In the late 1950s, Blonde Phantom was secretly working as a government operative, identifying and neutralizing Nazi war criminals and uncovering the plot behind their recent resurgence. 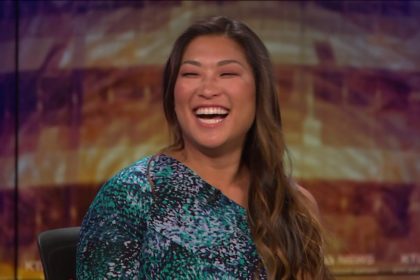 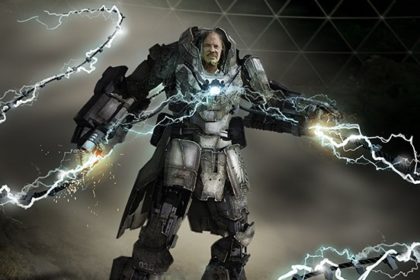 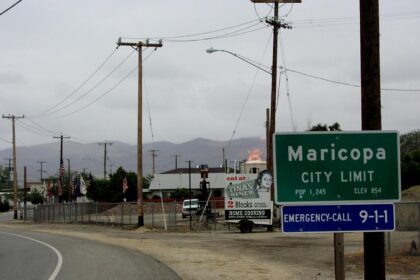