Croconaw is a Water type Pokemon introduced in Generation II. It evolves from Totodile starting at level 18 and evolves into Feraligatr starting at level 30. Take a look below for 23 amazing and fascinating facts about Croconaw.

1. Croconaw is a bipedal, crocodilian Pokemon.

2. It has well-developed, rounded jaws with two fangs visible in the corners of the lower jaw even when closed.

3. Its eyes are red with black markings around them.

4. There are three clusters of red spikes on its body: one with three points on top of its head, one with two points between its shoulders, and a diamond-shaped one near the tip of its tail.

5. While most of its body is blue, its lower jaw is yellow and there is an asymmetrical, yellow-and-blue pattern around its chest that resembles a spotted animal skin.

6. Although Croconaw is described as always having forty-eight fangs lining its mouth, only six are discernible.

7. The tips of its teeth are slanted backward similar to a barbed fish hook; this makes them impossible to remove once embedded in something.

8. If it loses any teeth, they will quickly grow back. Croconaw can rarely be found near water.

9. Due to the censor that prevents Pokémon with offensive nicknames from being traded on the GTS, an English-language Croconaw cannot be traded on the GTS without a nickname in Pokémon Black and White.

10. Croconaw is based on a crocodilian. Also, its head spikes and chest patterns seem to be based on the wild hair and animal-skin cloth worn by cavemen.

11. Croconaw is a combination of crocodile and gnaw, though it may also involve maw or jaw.

12. Marina owned a Croconaw named Wani-Wani, as seen in The Legend of Thunder!, which also marked the species’ television debut. was used in a fair few battles as well as against Attila and Hun. As revealed in A Stand-Up Sit-Down!, it became a Feraligatr.

13. Khoury’s Totodile evolved in Bagged Then Tagged! during a Tag Battle against Ash’s Monferno and Dawn’s Cyndaquil, where it was partnered with Lyra’s Chikorita. Despite evolving into Croconaw, they were defeated.

14. Croconaw made its main series debut in Mother Of All Battles, under the ownership of Ranger Mason. It helps her protect her reserve, and was used to battle the Pokémon Poacher Brothers when they targeted a Larvitar and its mother Tyranitar.

15. A Croconaw appeared in The Champ Twins!, under the ownership of Bryan. It was used in a battle against Ash and Dawn alongside a Quilava belonging to Bryan’s twin brother Ryan. The twins were able to defeat Ash’s Turtwig and Dawn’s Piplup due to the latter two having a lack of teamwork, but they were defeated in the rematch.

16. A Croconaw appeared in The Pirates of Decolore!. It was shown in a flashback that Croconaw’s Trainer had abandoned the Big Jaw Pokémon complaining that he lost another Gym battle because of Croconaw. Croconaw seemed to be the leader of a group of pirate Pokémon, which also consisted of an Azumarill, Octillery, and Ducklett. After losing in a Double Battle between Ash, Snivy, and Pignite, Croconaw and the other pirates stopped stealing and joined Officer Jenny’s coast guard after apologizing to everybody they stole from.

17. Croconaw debuted in Celebi: The Voice of the Forest, under the ownership of Dundee. It was used to battle Ash’s Pikachu, but it lost to Pikachu’s Thunder Shock.

18. A Croconaw appeared in the opening sequence of Destiny Deoxys.

19. A Croconaw made a small appearance in The Rise of Darkrai as one of the Pokémon Darkrai hit with a Dark Void.

20. A Croconaw appeared in Camping It Up!.

21. A Croconaw appeared in Ghoul Daze!.

22. Two Croconaw appeared in The Power of Us, under the ownership of different Trainers. One was competing in the Pokémon Catch Race, while the other appeared in a flashback.

23. Silver’s Totodile evolved into a Croconaw in Totodile Rock, which then evolved into a Feraligatr with the other two starter Pokémon whilst fighting the powerful, angry Lugia of the Whirl Islands. 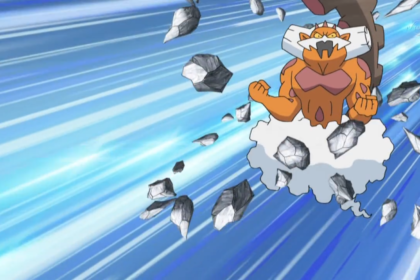 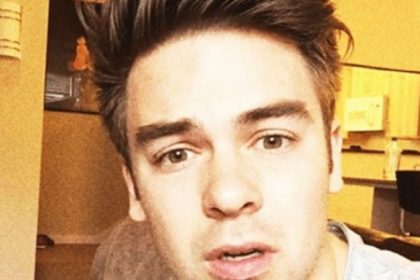 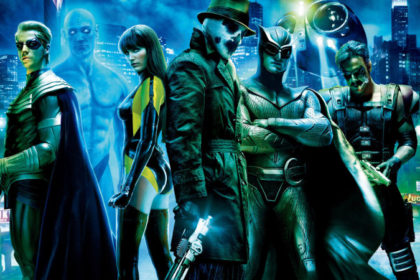