Egypt is a country linking northeast Africa with the Middle East. It dates back to the time of the pharaohs and has millennia-old monuments that sit along the fertile Nile River Valley, including Giza’s colossal Pyramids and Great Sphinx as well as Luxor’s hieroglyph-lined Karnak Temple and Valley of the Kings tombs. Take a look below for 31 more fun and interesting facts about Egypt.

1. The three Giza pyramids are precisely aligned with the Constellation of Orion, which could have been the intention of the builders because the stars of Orion were associated with Osiris, the god of rebirth and afterlife, by the Ancient Egyptians.

2. Signatures and insignia of royal Egyptian families and deities were represented through hieroglyphs inscribed on stones called cartouche.

3. There are 5 million Facebook users in Egypt, which is more than any other Middle Eastern country. As of 2009, Egypt has 20.136 million internet users, ranking 21st in the world.

4. An Egyptian father named his newborn daughter Facebook to commemorate the role that Facebook played in the 2011 Egyptian revolution. Her full name is Facebook Jamal Ibrahim. 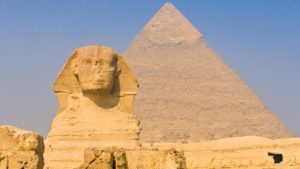 5. Pharaoh Pepi II had the longest reign in history at 94 years. He became Egypt’s king when he was only 6 years old. He would allegedly smear naked slaves with honey to attract flies away from him.

6. The Egyptian flag is similar to the flags of Syria, Iraq, and Yemen. It consists of three bands of colors from the Arab Liberation flag, which are red, white and black, with the golden eagle of Saladin on the white band. On the Egyptian flag, black represents oppression, red represents the bloody struggle against oppression, and white is symbolic of a bright future.

7. On average, only an inch of rain falls in Egypt per year.

8. Egyptian history is generally considered to have begun in 3200 B.C. when King Menes united the Upper and Lower Kingdoms.

9. The last Egyptian dynasty fell to the Persians in 341 B.C. and was replaced by Greeks, Romans and Byzantines. Arabs introduced Islam and the Arabic language into Egypt in the seventh century.

10. The famous Great Pyramid at Giza was built as a burial place for King Khufu and took more than 20 years to build. It was built from over 2 million blocks of limestone, each one weighing as much as two and a half elephants.

11. Ancient Egyptians believed that mummification ensured the deceased a safe passage to the afterlife. The process had two stages, the first of which was the embalming of the body, and then wrapping and burying the body. The second stage was when the organs were stored in canopic jars, with each jar representing a god. 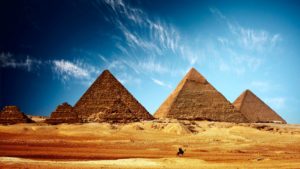 12. Ancient Egyptian women had more rights and privileges than most other women in the ancient world. For example, they could own property, carry out business deals and initiate divorce. Women from wealthy families could even become doctors or priestesses.

14. Hieroglyphs were developed in 3,000 B.C. and may have started as early wall paintings. In contrast to the English alphabet which has 26 letters, there are more than 700 different Egyptian hieroglyphs.

15. Egypt’s first pyramid was a step pyramid built by the Egyptian architect Imhotep for the pharaoh Djoser in 2600 B.C.

16. The workers who built the pyramids were paid in a daily dose of a gallon of beer.

17. Cats were seen as sacred in Ancient Egypt. Having a cat purring in the house was seen as a sign of good luck for ancient Egyptians.

18. There were so many gods of Egypt that practically everything had a deity in control of it, from human emotions to natural orders and disasters.

19. The Ancient Egyptians were the first people to have a year consisting of 365 days divided into 12 months. They also invented clocks. 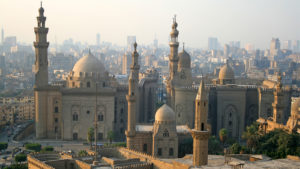 21. Imhotep is known as the first physician, the first engineer, and the first architect.

22. In an attempt to control the annual flooding of the Nile, one of the largest dams in the world was built in Egypt in 1971, the Aswan High Dam.

23. Ancient Egyptians believed that the tears of the goddess Isis made the Nile overflow each year. They celebrated the flood with a festival called the Night of the Tear Drop.

24. The Copts are the biggest Christian community in Egypt and in the Middle East. Since Christianity was the main religion in Egypt between the 4th and 6th centuries, the term “Copt” originally meant all Egyptians.

25. 150 years ago, Americans and Europeans believed that mummies had great healing powers. They would often grind up the mummies into powder and use it as “medicine” for all kinds of diseases.

26. The word pharaoh began as a nickname for the Egyptian king. It means “great house” because everyone believed that the king’s human body was home to a god. The term wasn’t actually used until the 20th dynasty. 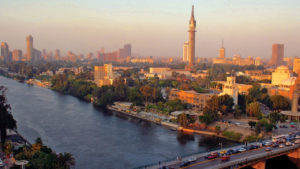 27. In Ancient Egypt, every large city supported one favorite god, similar to how each city now has a sports team.

28. Ancient Egyptians needed to predict when the Nile would flood, which led to the development of the world’s first calendar.

29. The pyramids of Egypt aren’t only the oldest of the seven wonders of the ancient world, they’re the only ones to have survived until today.

30. The oldest surviving work about mathematics was written by the Ancient Egyptian scribe Ahems around 1650 B.C. It was found on the Rhine Mathematical Papyrus and is titled, “The Entrance into the Knowledge of All Existing Things and All Obscure Secrets.”

31. In 2011, archeologists found an enormous statue of the Ancient Egyptian pharaoh Amenhotep III, the grandfather of Tutankhamen. It’s one of the biggest statues ever found, however, it was first discovered in 1923 and then rehidden. 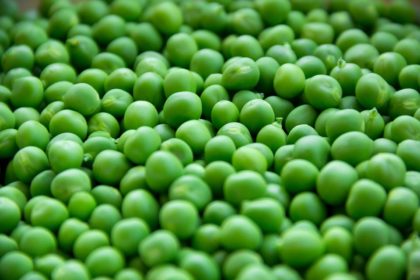 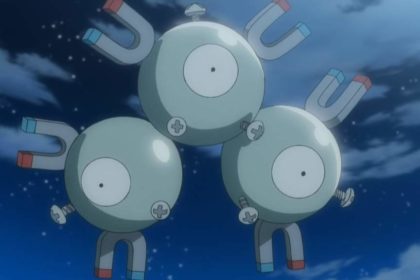 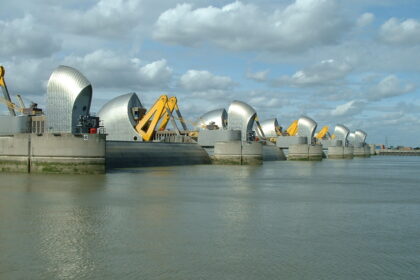 30 Fascinating And Interesting Facts About The Thames Barrier