Timur, also known as Tamerlane, was a Turco-Mongol conqueror. As the founder of the Timurid Empire in Persian and Central Asia, he became the first ruler in the Timurid dynasty. According to John Joseph Saunders, Timur’s background was Iranized and not steppe nomadic. Take a look below for 30 more interesting and fascinating facts about Timur.

1. Born into the Barlas confederation in Transoxiana on April 9, 1336, Timur gained control of the western Chagatai Khanate by 1370.

2. He led military campaigns across Western, South and Central Asia, the Caucasus and southern Russia, and emerged as the most powerful ruler in the Muslim world after defeating the Mamluks of Egypt and Syria, the emerging Ottoman Empire, and the declining Delhi Sultanate.

3. From his conquests, he founded the Timurid Empire, which fragmented shortly after his death.

4. Timur was the last of the great nomadic conquerors of the Eurasian Steppe, and his empire set the stage for the rise of the more structured and lasting Gunpowder Empires in the 1500s and 1600s.

5. Timur envisioned the restoration of the Mongol Empire of Genghis Khan. 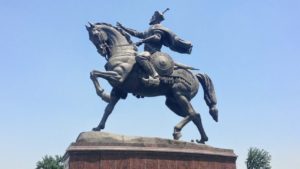 6. To legitimize his conquests, Timur decisively defeated the Christian Knights Hospitaller at the Siege of Smyrna, styling himself a ghazi.

7. By the end of his reign, Timur had gained complete control over all the remnants of the Chagatai Khanate, the Ilkhanate, and the Golden Horse, and even attempted to restore the Yuan dynasty in China.

8. Timur’s armies were inclusively multi-ethnic and were feared throughout Asia, Africa and Europe, sizable parts of which his campaigns laid to waste.

9. Scholars estimate that his military campaigns caused the deaths of 17 million people, amounting to about 5% of the world population at the time.

10. He was the grandfather of Timurid sultan, astronomer, and mathematician Ulugh Beg, who ruled Central Asia from 1411 to 1449, and the great-great-great-grandfather of Babur, founder of the Mughal Empire, which ruled parts of South Asia for over three centuries, from 1526 until 1857.

11. Timur is considered as a great patron of art and architecture, as he interacted with intellectuals such as Ibn Khaldun and Hafiz-i Abru. 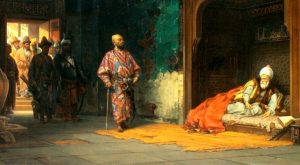 12. Tamerlane is the European derivation of his Persian nickname, Timur-e Lang, which means “Timur the Lame.”

13. During his mid-twenties, Tamerlane was crippled by injuries to his right led and right hand. Legend states that he was shot by arrows when his band of thieves was ambushed by a shepherd. It’s more likely that the injuries were sustained in battle when he was a soldier for the Khan of Sistan.

14. In 1941, Russian archaeologists excavated Tamerlane’s tomb, confirming that he had a debilitating hip injury and two fingers missing from his right hand.

15. The excavation revealed that he was tall for the time, at 1.73 meters, and broad-chested. He had prominent cheek bones and Mongoloid features.

16. Timur’s tomb was allegedly inscribed with the words “When I rise from the dead, the world shall tremble.”

17. His coffin supposedly read, “Whoever opens my tomb shall unleash an invader more terrible than I.” Hitler invaded the USSR within two days of the exhumation, and when Timur was finally reburied, the Soviet victory at Stalingrad shortly followed.

18. He referred to himself as the “Sword of Islam” and converted much of his empire to the religion. This included Genghis Khan’s descendants, the Borjigin clan.

19. Timur’s own religious affiliation is not clear, and he may have been using Islam as a means to consolidate and exert power. 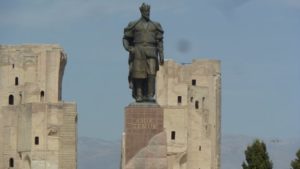 20. He was a highly intelligent politician who spoke Turkish, Mongolian and Persian.

22. Timur was a natural leader. He spent his teenage years leading a band of petty thieves. They stole livestock from farmers, and property from travelers and merchants.

23. In his twenties, Timur fought under the rule of various Khans and Sultans. His leadership skills led to him being given command of a thousand soldiers for an invasion of Khorasan. The success of this mission led to further commands and prestige.

25. In 1398, and at the age of 62, Timur was known as a legendary conqueror with a vast territory. He turned his army towards India in the south-east. Unlike his other conquests, Timur slaughtered the Pakistani and Indian people, justifying the barbarism as a holy war against the Hindu religion. 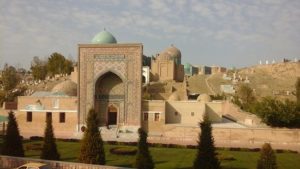 26. The Sultan of Delhi used war elephants, covered with chain mail, to terrify Timur’s troops. However, Timur placed hay on the back of camels, set the hay on fire, and prodded them until they painfully charged at the elephants. The elephants turned and stamped their own troops, granting Timur an easy victory. The population of Delhi were massacred.

27. Much like Genghis Khan, Timur was opportunistic. His campaigns of Persia and Delhi took advantage of power struggles that had weakened their defenses.

28. Timur’s cruelty grew in his later years. Legend states that his invasion of Baghdad in 1399 required each of his soldiers to show him two severed heads from the largely Christian population.

29. In revenge for insulting letters sent by the Ottoman Sultan Bayezid, Timur conquered the Ottoman Empire in 1402, and Bayezid died in captivity.

30. Timur had 4 sons. The eldest two, Jahangir and Umar Shaykh, died before him, while Miran Shah died soon after. Timur was succeeded by his youngest son, Shah Rukh. 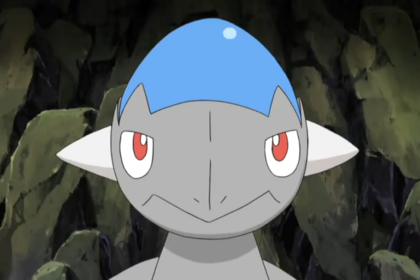 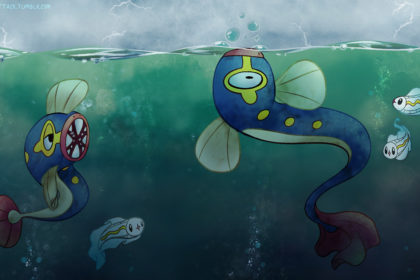 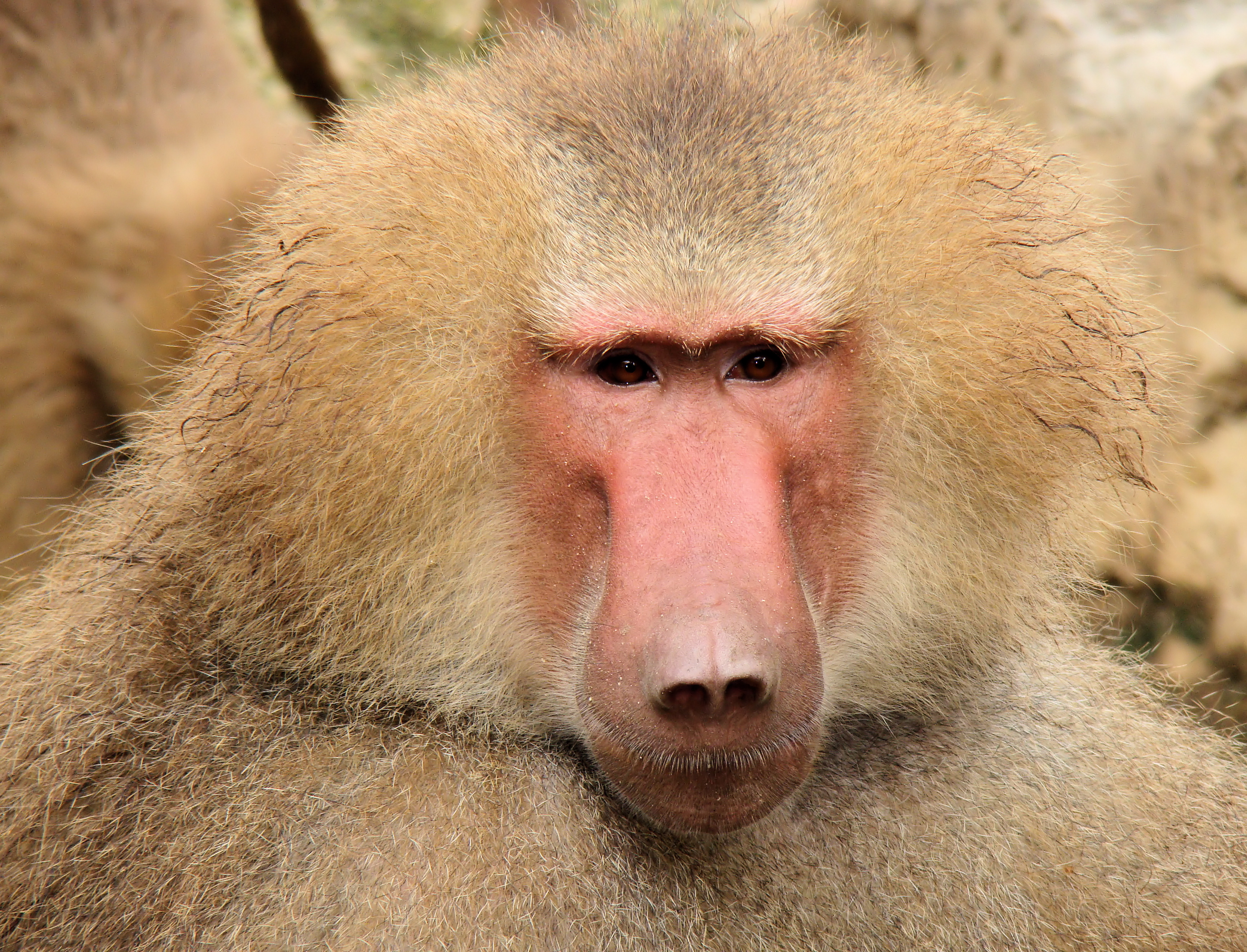