Thor: The Dark World is a 2013 American superhero movie based on the Marvel Comics character Thor, produced by Marvel Studios and distributed by Walt Disney Studios Motion Pictures. It’s the sequel to 2011’s Thor and the eighth movie in the Marvel Cinematic Universe. Take a look below for 30 more interesting and fascinating facts about Thor: The Dark World.

1. The movie was directed by Alan Taylor, with a screenplay by Christopher Yost and the writing team of Christopher Markus and Stephen McFeely.

3. In Thor: The Dark World, Thor teams up with Loki to save the Nine Reals from the Dark Elves led by the vengeful Malekith, who intends to plunge the universe into darkness.

4. The movie grossed over $644 million worldwide, making it the 10th highest grossing movie of 2013.

5. Chris Hemsworth improvised hanging Mjolnir on a coast hook in a polite manner, after playing with it between takes. 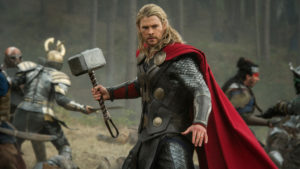 6. The prologue was filmed in a blend of live-action and CGI, as the Asgardian costumes were too constrictive in which to fight effectively and convincingly. There are only three characters played by human actors in the entire scene, Malekith, Kurse and Bor. All other characters are CGI.

7. In the movie, Thor accidentally destroys a statue of his grandfather, Bor, and Loki wisecracks that he killed him. In the Marvel comics, Thor ended up killing his grandfather, as part of a deception by Loki.

8. Loki was originally not going to appear at all, and there was going to be a much greater focus on Malekith and the Dark Elves. However, following his popularity in The Avengers, the script was re-written to give him a big role.

9. Thor: The Dark World is the last movie written by Don Payne. He died from bone cancer before the movie was released.

10. Chris Hemsworth grew out his hair for over a year to have more authentic long hair, rather than use a wig, like he had to do in the previous movie.

11. Because of the height difference between the two, a box, and later a ramp, had to be used in some of the close-ups, and kissing scenes between Natalie Portman and Chris Hemsworth. 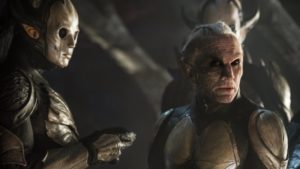 12. Stellan Skarsgard wasn’t sure if he could perform the Stonehenge scene nude, even though he would be wearing a thong. The production team gently encouraged Skarsgard by reminding him that he had done much worse in the movie Nymphomaniac: Vol. II.

13. There were about 30 hammers made for Thor of various weights for different uses. The main hammer was made from aluminum, but is replicated in different materials and weights, including a “soft” version for stunts. Of the 30, 5 versions were used most often, including the “lit hammer,” that emits light when lightning strikes.

14. Director Alan Taylor was so impressed by Adewale Akinnuoye-Agbaje’s performance as Kurse, he made Adewale do all of his own stunts, because the stuntmen didn’t move the same way as he did.

15. A new language was created specifically for the Dark Elves. Christopher Eccleston and Adewale Akinnuoye-Agbaje had to memorize some of their dialogue in this alien script.

17. The shot of the levitating truck was achieved with a large hydraulic rig, which could be programmed to change speed and movement.

18. It took six hours of make-up to complete Malekith’s look. 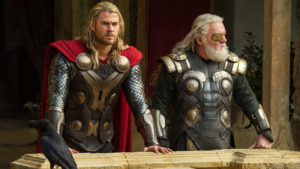 19. A track in the movie is called “Lokasenna.” This is a Norse poem that describes an exchange of insults between Loki and the other gods. Aptly, this track is used when Loki and Odin meet at the beginning.

20. Adewale Akinnuoye-Agbaje described Kurse as, “an amalgamation of a bull and lava-like creature.” For his role as Kurse, he underwent a daily three hours of make-up and forty pounds of prosthetics. He said, “I’m sure there will be a certain amount of CGI, but a good 80% was me in that suit.”

21. The stuntmen and extras, playing the Dark Elves, had to go through a training period where they practiced standing tall and proud, since the dark elves are envisioned to be a noble people. Prosthetics Designer David White helped out too, by designing the helmet so that the eye line was slightly pulled down, forcing the actors to tilt their heads slightly up and back, which gave them a very proud, strong feel.

22. In the Marvel Comics, the Svartalfar are Dark Elves. In Norse Mythology, it literally means black elf.

23. Malekith’s thunder burned face is an homage to the classic John Byrne design of the character, whose face was half-purple in the comics. The starburst on his chest armor was also a nod to the original comic design.

24. In the Marvel Comics and Norse Mythology, the Einherjar are the souls of the glorious dead feasting in Valhalla. In the movie, they are Asgard’s city guards. 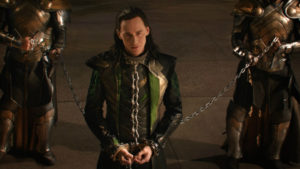 25. According to the filmmakers, among the Marauders that the Asgardians arrest and imprison, are Korbinites. These are a race of aliens Thor encountered. One of them, Beta Ray Bill, became Thor’s ally, and was deemed worthy to receive an Asgardian Hammer of his own.

26. Up to 11,000 weapons were used for the movie. A team of up to 20 technicians worked to build new props, or transform some of the props from the first movie, with more wear and tear.

27. Tom Hiddleston half-jokingly offered to direct, but was turned down, because of a lack of previous experience.

28. Despite being the main villain, Christopher Eccleston’s name doesn’t appear in most of the promotional material, including the poster.

30. Thor: The Dark World is the first Marvel Studios movie to start with just the Marvel Studios logo. Aptly enough, starting with this movie, the logo has been given an update, as well as a fanfare, written by Composer Brian Tyler. 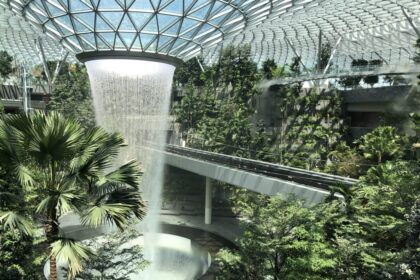 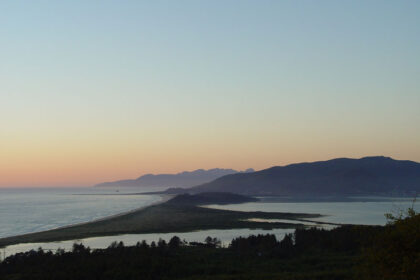 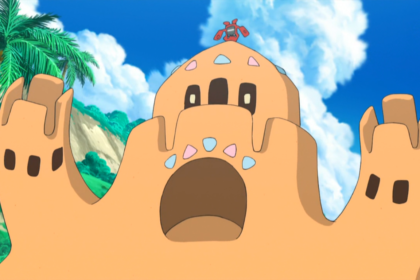