Albert Bacon Fall was a United States Senator from New Mexico and the Secretary of the Interior under President Warren G. Harding, infamous for his involvement in the Teapot Dome scandal. Take a look below for 26 more interesting and strange facts about Albert B. Fall.

1. He supported a military invasion of Mexico in 1916 as a means of ending Pancho Villa’s raids.

2. Fall was born in Frankfort, Kentucky, to William R. and Edmonia Taylor Fall.

3. He attended schools as a child in Nashville, Tennessee, but was primarily self-educated.

4. By the age of 11, Fall was employed in a cotton factory. This is most likely the cause of his respiratory health problems, which he suffered throughout his life.

5. Due to his illnesses, Fall moved west as a young man to seek a better climate.

6. He tried Oklahoma and Texas, but eventually he settled in Las Cruces, New Mexico Territory, where he practiced law.

9. Jack Fall and his sister Caroline died within a week of each other during the influenza epidemic that swept the world in 1918.

10. The family lived at the Three Rivers Ranch in the Tularosa Basin.

13. In 1892 and 1893, he served on the territorial council. Fall was appointed judge of the third judicial district in 1893, and associate justice of the New Mexico Supreme Court later the same year.

15. During the Spanish-American War, Fall served as captain of an infantry company.

17. In 1910, he was a delegate to the territory’s constitutional convention.

18. Fall was appointed to the position of Secretary of the Interior by President Warren G. Harding in March, 1921. Soon after his appointment, Harding convinced Edwin Denby, the Secretary of the Navy, that Fall’s department should take over responsibility for the Naval Reserves at Elk Hills, California, Buena Vista, California, and Teapot Dome, Wyoming.

19. This last setting became the namesake of the scandal to erupt in April, 1922, when the Wall Street Journal reported that Secretary Fall had decided that two of his friends, oilmen Harry F. Sinclair and Edward L. Doheny, should be given leases to drill in parts of these Naval Reserves without open bidding.

20. His acceptance of bribes for the leases resulted in the Teapot Dome scandal.

21. During congressional hearings concerning the scandal in 1924, he explained the concept of oil field drainage with a remark that was later adapted as a line of dialogue in the 2007 movie “There Will Be Blood:” “Sir, if you have a milkshake and I have a milkshake and my straw reaches across the room, I’ll end up drinking your milkshake.”

22. The investigation found Fall guilty of conspiracy and bribery, $385,000 having been paid to him by Edward L. Doheny.

23. Fall was jailed for one year as a result, making him the first former cabinet officer sentenced to prison as a result of misconduct in office.

24. Doheny was not only acquitted on the charge of bribing Fall, but Doheny’s corporation foreclosed on Fall’s home in Tularosa Basin, New Mexico, because of “unpaid loans” which turned out to be that same $100,00 bribe.

25. Harry Sinclair was fined and served six months for contempt of court.

26. Albert Fall died on November 30, 1944, after a long illness, in El Paso, Texas. He was buried in Evergreen Cemetery in El Paso. 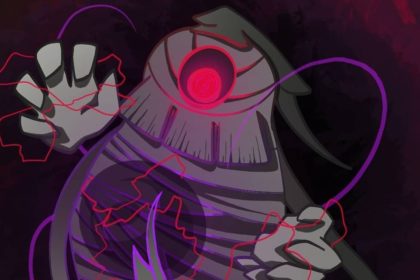 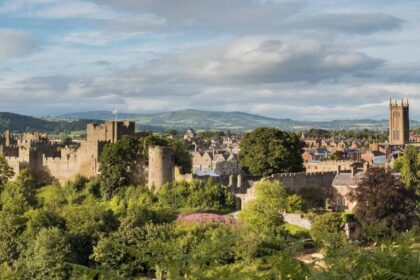 30 Fascinating And Fun Facts About Shropshire