1. The movie is set in the mid 22nd century, when humans are colonizing Pandora, a lush habitable moon of a gas giant in the Alpha Centauri star system, in order to mine the mineral unobtanium, a room-temperature superconductor.

2. The movie’s title refers to a genetically engineered Na’vi body with the mind of a remotely located human that is used to interact with the natives of Pandora.

3. Development of Avatar began in 1994, when James Cameron wrote an 80 page treatment for the movie.

4. Filming of Avatar was supposed to take place after the completing of James Cameron’s 1997 movie Titanic, for a planned release in 1999, but, according to Cameron, the necessary technology wasn’t yet available to achieve his vision for the movie.

5. The work on the language of the movie’s extraterrestrial beings began in 2005, and James Cameron began developing the screenplay and fictional universe in early 2006. 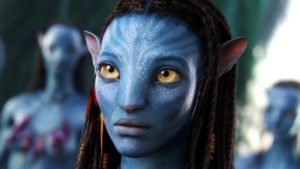 7. During its theatrical run, Avatar broke several box office records and became the highest grossing movie of all time, as well as in the United States and Canada, surpassing James Cameron’s Titanic, which had held those records for 12 years.

8. Avatar became the first movie to gross more than $2 billion and it became the best selling movie of 2010 in the United States.

10. Director James Cameron, known for being tough on set, allegedly kept a nail-gun on set that he would use to nail cellphones, that would ring, to a wall above the exit sign.

11. James Cameron was convinced that CGI effects had progressed enough to make Avatar when he saw Gollum in The Lord of the Rings: The Two Towers.

12. At the time of auditioning, Sam Worthington was living in his car. 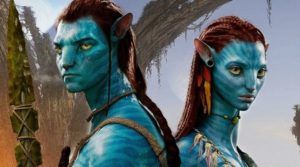 13. The Na’vi language was created entirely from scratch by linguist Dr. Paul R. Frommer. James Cameron hired him to construct a language that the actors could pronounce easily, but didn’t resemble any single human language. Frommer created about 1,000 words.

14. Matt Damon and Jake Gyllenhaal were the studio’s first choices to play Jake Sully, but James Cameron decided to cast the less known Sam Worthington in the lead role.

15. Chris Pine auditioned for the lead role and said that it was his worst audition ever.

16. Jake’s atrophied legs were prosthetics cast from the legs of a real paraplegic. Sam Worthington’s real legs were tucked into the wheelchair and digitally removed in post production.

17. The cigarette that Sigourney Weaver’s character “smokes” is computer generated.

18. Some CGI scenes took an average of 47 hours to render.

19. According to Sam Worthington, he was invited to the casting via a phone call. The person who called told him nothing about the script, nor did they even tell him the director’s name. Worthington was disappointed at first, thinking it was another waste of time. 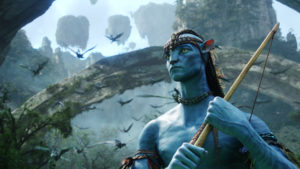 20. James Cameron admitted in an interview that he got the idea for Avatar after watching Disney’s 1995 animated movie Pocahontas.

21. James Cameron wanted an unknown actor to play Jake Sully, because it would give the character a “real” quality.

22. Sam Worthington said in an interview that it was easier for him to master the Na’vi language than the American accent.

23. The whooping and cackling sounds made by the wolf life predators on Pandora are actually real spotted hyena calls.

24. Composer James Horner stated that Avatar was his most difficult film and the biggest challenge of his career. He said in an interview that he worked on the music from 4 AM to 10 PM for a year and a half.

25. All animals on Pandora have six limbs, except for the humans and the Na’vi.

26. The book Grace picks up in the abandoned school is called “The Lorax” by Dr. Seuss. Like the plot of the movie, the book is about a forest full of beautiful trees and mystical creatures that are destroyed by man’s lust for ever growing industry. 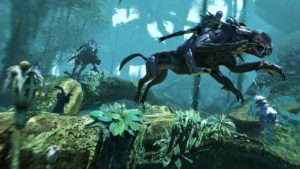 27. The word “avatar” is Sanskrit for “incarnation.” It’s used extensively in Hindu scriptures to refer to human incarnations of God.

28. Avatars have eyebrows and five digits per hand or foot, while the Na’vi only have four and no eyebrows. The Avatars are also broader in the chest and arms, appearing more “muscular.”

29. The movie is 40% live action and 60% photo-realistic CGI. A lot of motion capture technology was used for the CGI scenes. 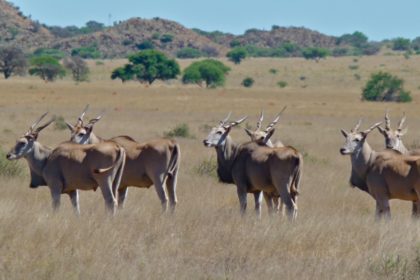 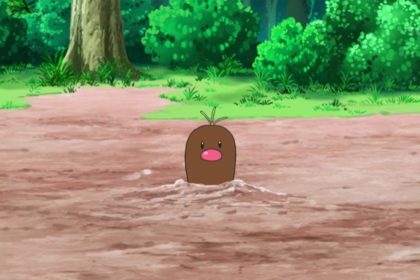