Platoon is a 1986 American anti-war movie written and directed by Oliver Stone, starring Tom Berenger, Willem Dafoe and Charlie Sheen. It’s the first movie of a trilogy of Vietnam War movies directed by Stone, followed by Born on the Fourth of July an Heaven & Earth. Take a look below for 30 more interesting and fascinating facts about Platoon.

1. Oliver Stone wrote the screenplay based upon his experiences as a U.S. infantryman in Vietnam, to counter the vision of the war portrayed in John Wayne’s The Green Berets.

2. Platoon was the first Hollywood movie to be written and directed by a veteran of the Vietnam War.

5. The movie was banned in Vietnam because of its depiction of the Vietnamese. It was also banned in Malaysia for its excessive profanity and violence. 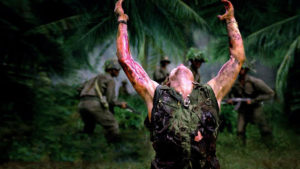 6. According to his DVD commentary, the scene in which Chris saves a Vietnamese girl from being raped, was inspired by an incident in which Oliver Stone intervened in an assault on a villager in Vietnam.

7. In a television interview, Charlie Sheen credited Keith David with saving his life. While shooting in an open-door Huey gunship, the helicopter banked too hard and sheen was thrown towards, and would have gone through, the open door. David grabbed him and pulled him back in.

8. The movie poster depicting Elias with his hands in the air, is a recreation of a 1968 photograph by Art Greenspon. This photograph was recognized as the thirteenth greatest military photograph in a September, 2000, issue of the Army/Navy/AF Time.

9. Prior to the scene where Elias’ half of the platoon is smoking marijuana, the actors actually did smoke marijuana. Unfortunately for them, Willem Dafoe reported, by the time the stage was set and they actually filmed everyone had come off their high and felt awful.

10. Aside from editing the movie, and winning an Oscar for her work, Claire Simpson also suggested to Oliver Stone that he use Samuel Barber’s “Adagio for Strings” over some of the more emotional footage. 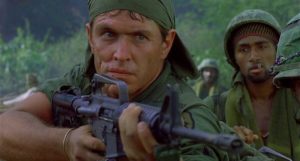 11. At one point, a character is warned not to drink from a river because he might get malaria. During filming, Willem Dafoe got thirsty and drank water from a river, not knowing that a dead pig was not far upstream. He was sick for 24 hours, but luckily not with malaria.

12. In many U.S. military leadership classes, the character of Lieutenant Wolfe is used as an example of how not to behave as a junior officer.

14. Platoon is narrated by Charlie Sheen, eerily echoing his father Martin Sheen’s narration of Apocalypse Now, which is also filmed extensively in the Philippines.

15. Special packs of Marlboro cigarettes were made for the movie on the insistence of Oliver Stone, who wanted the cherry-red color on the pack to more closely match those made during the late 1960s.

16. Military Advisor Dale Dye witnesses Oliver Stone suffer a PTSD attack on-set, while filming the village scene. He claimed that they had a good cry together afterwards, based on their mutual experience in Vietnam. 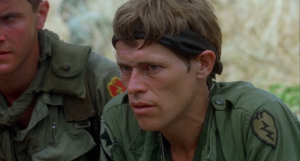 17. Oliver Stone considered casting Johnny Depp for the lead role of Private Chris Taylor, but Depp was too young for the part, and unknown at the time. Stone said that Depp would someday become a huge star, and is therefore one of the first filmmakers who introduced Johnny Depp to Hollywood.

18. The final battle in the movie was a recreation of an actual event that was witnessed by Military Advisor Dale Dye, who was a combat correspondent with the 2nd Battalion, 3rd Marines.

19. Johnny Depp recalled that during one particularly stressful scene, he was so intimidated by Oliver Stone’s aggressive behavior, that he came close to vomiting. Stone still insisted on a second take.

20. Some of the Vietnamese cast members were actually tourists who were vacationing in the Philippines at the time of filming.

21. Tom Berenger lost 28 pounds during the pre-filming boot camp. Filming for the movie began the day after the camp ended. Oliver Stone didn’t want the actors to lose their edge.

22. The U.S. Department of Defense declined to co-operate in the making of the movie. Military equipment was therefore loaned from the Armed Forces of the Philippines.

23. During the opening credits, Big Harold falls and rolls down a hill. Forest Whitaker claims that it was a real, unintentional fall. 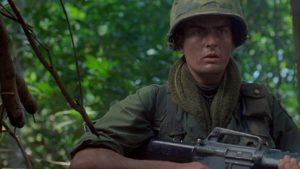 24. Oliver Stone originally was looking for a Native American actor to play Sergeant Elias. When he failed to do so, he cast Willem Dafoe instead. Several scenes with Elias reflect Stone’s original idea of the Native American spirit embodying Elias.

25. Most of the voices heard over the radios are provided by Dale Dye.

26. John Depp says when he left for the Philippines to shoot Platoon at the age of 22, it was his first time out of the United States.

27. Dale Dye is in a body bag being taken off a truck at the start of the movie.

28. Dale Dye’s wife, Katherine, was the Vietnamese woman who was thrown into a mass-grave by two American soldiers after the final battle.

29. Oliver Stone, at one point, wanted Mickey Rourke for Sergeant Barnes, and Nick Nolte as the experienced Sergeant Elias. Both were offered the parts, but both turned them down.

30. Oliver Stone had an actual RPG fired towards the end. This added to the effect’s realism. 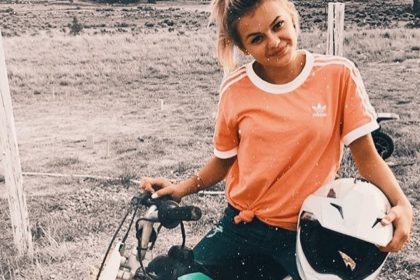 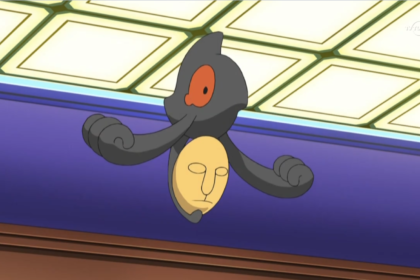