Fish are one of the oldest animal families to live on the planet. They have been here long before the dinosaurs, which is about 500 million years ago, and they’re still thriving. There are over 25,000 known species of fish, with many more that we haven’t yet discovered. Take a look below for 30 more fun and interesting facts about fish.

1. Lungfish can live out of water for several years. They’re able to do this but secreting a mucus cocoon and then burrowing itself under the unbaked ground. It will then take in air with its lungs through a built in breathing tube that leads to the surface.

2. The majority of fish species reproduce by laying eggs, but other species, such as great white sharks, will give birth to live offspring called “pups.”

3. Great white sharks are able to raise their body temperature. This helps them hunt for prey in cold waters.

4. The oldest known fish was an Australian lungfish that, in 2003, was still alive and 65 years old.

5. Fish usually form schools with millions of other fish. They use their eyes and a lateral line to hold their places in the school. Lateral lines are a row of pores that run along a fish’s sides from its head to its tail. There are special hairs in the pores that sense changes in water pressure from the movements of other fish and predators.

6. They can use many low pitched sounds to send messages to each other. They can moan, grunt, croak, boom, hiss, whistle, break, shriek or wail. Some fish are even known for rattling their bones and gnashing their teeth. 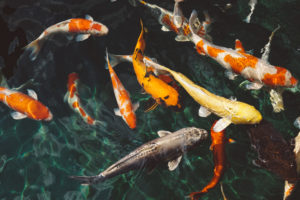 7. A fish’s jaw isn’t attached to its skull, which is why they can shoot their mouths forward like a spring to catch prey.

8. Sharks are the only fish that have eyelids.

9. Fish have sleep like periods where they lower their response to stimuli, slow their physical activity, and reduce their metabolism but they never go into full deep sleep.

10. Some fish species are herbivores, meaning that they have a plant based diet. They usually low their jaw teeth to graze, but they also have tooth like grinding mills in their throat called pharyngeal teeth.

11. Most species of fish have taste buds all over their body.

12. One third of male fish in British waters are changing their sex due to pollution in human sewage.

14. Saltwater fish need to drink more water than freshwater fish. This is because seawater is saltier than the liquids in a fish’s body, and the water inside the fish is constantly flowing out. If they don’t drink water to replace the lost water, they will dry up like prunes.

15. Most brands of lipstick contain fish scales in them.

16. A fish doesn’t add new scales as it grows, but the scales it has increase in size. This is why growth rings are formed and why they reveal the age of a particular fish. 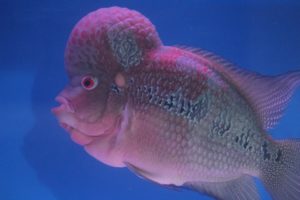 17. Fish that have thin fins with a split tail indicate that they swim very quickly or that they cover vast distances.

18. Fish that live among rocks and reefs near the ocean floor have broader lateral fins and larger tails.

19. Most fish species can see in color. They will often use colors to camouflage themselves so that they can hide from predators.

21. Like humans, fish can drown in water. Fish need oxygen to life, so if there isn’t enough oxygen in the water, they will suffocate.

22. Inflated porcupine fish can reach a diameter of up to 35 inches, or 90 centimeters. It’s able to inflate itself by swallowing water and then storing it in its stomach very quickly. The stomach increases in size with more water. When the fish is taken out of water, it can still inflate itself but with air.

23. Fangtooth fish are only a few inches long, but they have teeth that are the same size as a humans.

25. Fish would suffocate if they tried chewing beecause chewing would interfere with water passing over their gills. 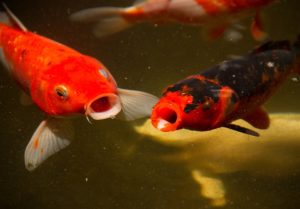 26. The giant whale shark is the biggest fish in the world. It can grow to nearly 60 feet, or over the length of two school buses. They can weigh over 25 tons. They mainly eat plankton, but they have over 4,000 teeth that are each 3 millimeters long.

27. Seahorses are the only fish that’s able to swim upright.

28. Some fish species don’t have scales. For example, sharks have rough sandpaper like skin instead of scales.

29. In Japan, the fugu or puffer fish is a delicacy. The fish contains tetrodotoxin, which is a deadly poison. The fish is so delicious that Japanese gourmets risk their lives to prepare it. To make the dish, chefs must have a certificate from a special school that teaches how to prepare the deadly fish.

30. A male emperor angelfish usually lives with up to 5 female mates. If the fish dies, one of the females then turns into a male fish and becomes the leaders of the group. 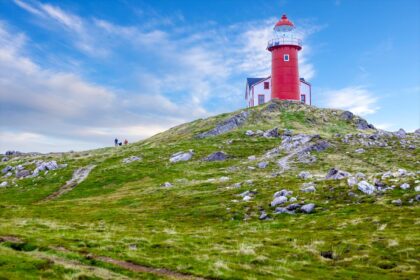 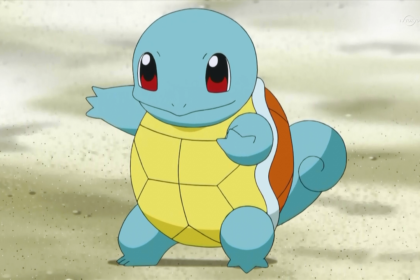 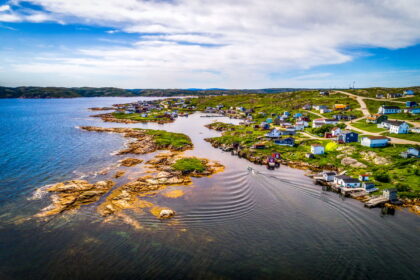