Edward Heward Bunker was an American author of crime fiction, a screenwriter, convicted felon and an actor. He wrote many books, some of which have been adapted into movies. Take a look below for 27 more strange and bizarre facts about Edward Bunker.

1. He was a screenwriter on “Straight Time,” “Runaway Train,” and “Animal Factory.”

2. Bunker started a criminal career at a very early age, and continued on this path throughout the years, returning to prison again and again.

3. He was convicted of bank robbery, drug dealing, extortion, armed robbery, and forgery.

4. A repeating pattern of convictions, paroles, releases and escapes, further crimes and new convictions continued until he was released yet again from prison in 1975, at which point he finally left his criminal days permanently behind. 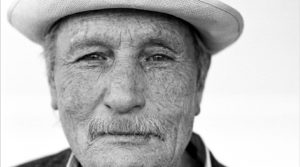 6. His mother, Sarah, was a chorus girl from Vancouver, and his father, Edward N. Bunker, a stage hand.

7. His first clear memories were of his alcoholic parents screaming at each other, and police arriving to “keep the peace.”

8. When his parents divorced, Bunker ended up in a foster home at the age of five, but he felt profoundly unhappy and ran away. As a result, Bunker went through a progression of increasingly bad institutions.

9. He attended a military school for a few months, where he began stealing and eventually ran away again, ending up in a hobo camp 400 miles away.

10. By age 11, Bunker was picked up by the police and placed in juvenile hall after he assaulted his father. 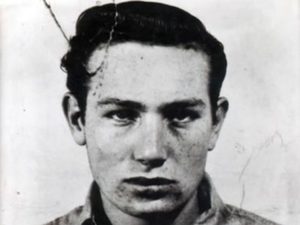 12. Although young and small, he was intelligent, streetwise and extremely literate.

14. At the age of 16, he was caught on a parole violation, and was this time sent to adult prison.

15. In Los Angeles County Jail, he stabbed another inmate and soon gained a respectful reputation as a fearless young man. Some thought that he was unhinged, but in his book “Mr. Blue: Memoirs of a Renegade,” he stated that this was a ruse designed to make people leave him alone.

16. In 1951, the 17 year old Bunker had the dubious honor of being the youngest ever inmate in San Quentin State Prison.

17. While in solitary confinement, he was situated close to the death row cell of Caryl Chessman, who was writing on a typewriter. He had already met Chessman earlier, and Chessman sent him an issue of Argosy magazine, in which the first chapter of his book “Cell 2455, Death Row” was published. 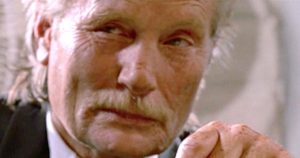 18. When friend Louise Fazenda, a former star of the silent screen, arranged for him to have a typewriter, Bunker started to write. The resulting work, smuggled out, was considered unpublishable, but Bunker’s talent had been recognized.

20. Bunker ended up back in jail for 90 days on a misdemeanor charge. He was sent to a low-security state work farm, but escaped almost immediately.

21. Pretending to be insane, faking a suicide attempt and claiming that the Catholic Church had inserted a radio into his head, he was declared criminally insane.

22. In the early 1970s, Bunker ran a profitable drug racket in San Francisco. He was arrested again when the police, who had put a tracking device on his car, followed him to a bank heist.

23. Bunker expected a 20 year sentence, but thanks to the solicitations of influential friends and a lenient judge, he got only five years. 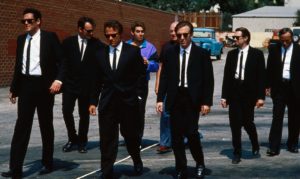 24. In prison, Bunker continued to write. He finally had his first novel “No Beast So Fierce,” published in 1973, to which Dustin Hoffman purchased the film rights.

25. Bunker’s hard-boiled and unapologetic crime novels are informed by his personal experiences in a society of criminals in general and by his time in the penal system in particular.

27. Bunker was close friends with Mexican Mafia Leader Joe “Pegleg” Morgan was well as actor Denny Trejo, who is the godfather of his son, both of whom he first met in Folsom State Prison. 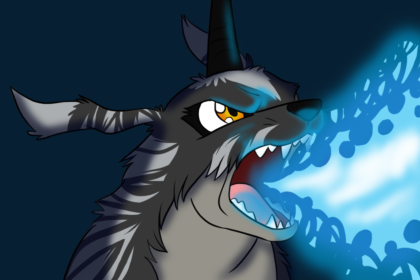 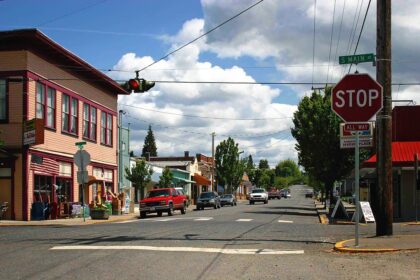 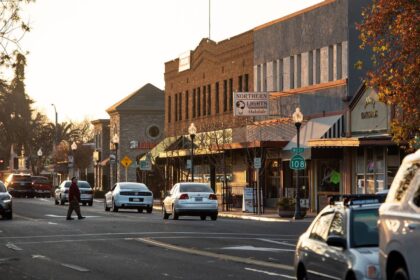