Iron Man 2 is a 2010 American superhero movie based on the Marvel Comics character Iron Man. The movie was produced by Marvel Studios and distributed by Paramount Pictures. It’s the sequel to 2008’s Iron Man, and is the third movie in the Marvel Cinematic Universe. Take a look below for 30 more interesting and fascinating facts about Iron Man 2.

1. The movie was directed by Jon Favreau and written by Justin Theroux.

3. The movie takes place six months after the events of Iron Man. Tony Stark is resisting calls by the United States government to hand over the Iron Man technology while also combating his declining health from the arc reactor in his chest. Meanwhile, rogue Russian scientist Ivan Vanko has developed the same technology and built weapons of his own in order to pursue a vendetta against the Stark family, in the process joining forces with Stark’s business rival, Justin Hammer.

4. The movie received generally positive reviews and was commercially successful, grossing over $623.9 million at the worldwide box office, and receiving an Academy Award nomination for Best Visual Effects.

5. Not being tech literate, Mickey Rourke found the most challenging part about playing Whiplash, was pretending to know his way around a computer. 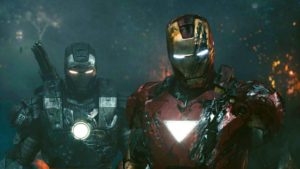 6. Scarlett Johansson dyed her hair red before she even got the part of Black Widow, because she wanted the role so badly.

7. A lot of Whiplash’s identifying features were suggested by Mickey Rourke himself. He wanted to perform half of his role in Russian, and consulted on the character’s tattoos and gold teeth as well as having a pet cockatoo. In fact, Rourke paid for the bird and the gold teeth out of his own pocket.

8. Samuel L. Jackson was promised that Nick Fury would be given more screentime by Jon Favreau. Jackson almost didn’t return to play Fury, due to problems with contract negotiations, but secured a landmark nine-picture deal to play Nick Fury, not only in this movie, but in many other Marvel Studio productions.

10. When Tony Stark asks Natalie Rushman if she actually speak Latin, she responds with the phrase, “Fallaces sunt rerum species,” a quote from Lucio Anneo Seneca meaning, “The appearances of things are deceptive.”

12. To prepare for her role, Scarlett Johansson trained six weeks before the movie started principal photography and the entire six months of shooting the movie. 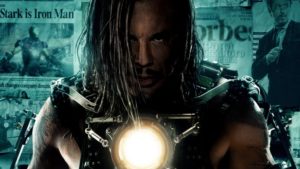 13. Numerous news clippings shown in the movie, show Tony Stark and Ivan Vanko when they were younger men. most of these, are actual photos of Robert Downey Jr. and Mickey Rourke, both of whom came to fame in the 1980s.

14. According to Jon Favreau, the Asian man who hands Vanko false papers, in order to get to Monaco, is a member of the Ten Rings, the terrorist organization that Stark encountered in the first movie. This organization is reportedly headed by Iron Man’s nemesis, the Mandarin.

15. Scarlett Johansson had an initial freak-out moment when she first saw her character’s cat-suit, wondering how she was going to be able to move in such a tight costume.

16. The dance Justin Hammer does before presenting the drones at the expo was improvised, and something he does to help himself get into character. It may also be a nod to former Microsoft CEO Steve Ballmer, who was known for his energetic stage presence.

17. Ivan Vanko originally had a tattoo of Loki on his neck. However, the movie’s producers feared that it would cause confused fans to believe that Vanko would have a connection to Loki, so the tattoo was removed in post-production using CGI.

18. Don Cheadle replaced Terrence Howard as Rhodey, due to a falling out between Howard and Marvel Studios. 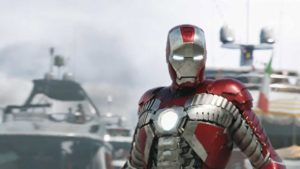 19. According to Mickey Rourke, he carried out a lot of research in Russia choosing what tattoos Ivan Vanko should carry on his body. He wanted authentic Russian tattoos, which would represent Vanko’s Russian heritage, prison societies, and special clubs he might be in.

20. Tony Stark’s race car at Monaco was supposed to be Iron Man red, but Robert Downey Jr. insisted on driving the blue and white car.

21. Mickey Rourke almost dropped out of the movie when Marvel’s initial pay offer to him was $250,000.

22. Hammer’s factory is really Elon Musk’s Space X facility in Hawthorne, California. The people walking in the background are actual employees, even though filming took place at night.

23. Kenneth Branagh directed the post-credits scene that sets up the Thor movie.

24. Mickey Rourke complained that many of his scenes were cut, especially scenes that provided more character development for Ivan Vanko.

25. near the end of Tony Stark’s flight with Rhodes, he says, “You wanna be the War Machine? Then take your shot!” This is an homage to War Machine, Rhodes’ superhero alias in the comics. 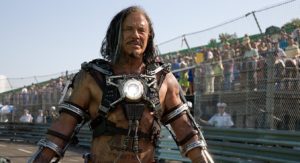 26. In the comics, Tony Stark possesses a suitcase containing a portable suit of armor. This famous “suitcase armor” has been revised for the movie. The suitcase converts into a series of plates that slide over a wire framework.

27. Tony Stark refers to the suitcase armor as “the football,” a reference to the briefcase, with nuclear launch codes, that accompanies a U.S. President.

28. While filming the fight scene in Monaco, Mickey Rourke couldn’t get the hang of the whips, so they played Gnarls Barkley’s “Crazy” loudly for him to get the rhythm.

29. Black Widow’s alias of “Natalie Rushman” is inspired by “Nancy Rushman,” a S.H.I.E.L.D. cover identity she has used in the comics.

30. The photo Tony Stark views in his research of Ivan being arrested, is an actual media photo of Mickey Rourke being arrested on a drugs charge when he was younger. 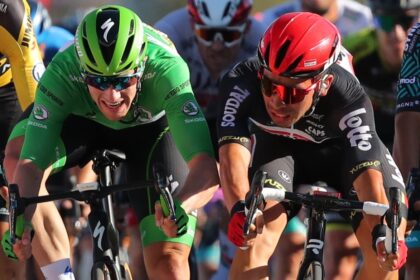 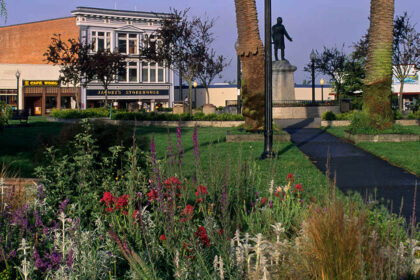 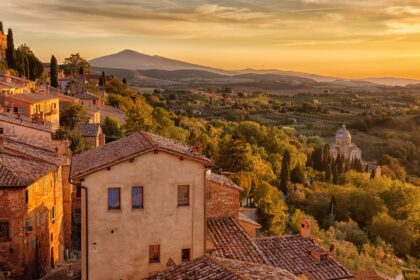