John Wilkes Booth was the American actor who assassinated President Abraham Lincoln at Ford’s Theater in Washington, D.C. on April 14, 1865. Take a look below for 30 more interesting and bizarre facts about John Wilkes Booth.

1. He was a member of the prominent 19th century Booth theatrical family from Maryland and a well known actor in his own right.

2. He was a Confederate sympathizer, vehement in his denunciation of Lincoln and strongly opposed to the abolition of slavery in the United States.

3. Booth and a group of con-conspirators originally plotted to kidnap Lincoln but later planned to kill him, Vice President Andrew Johnson, and Secretary of State William H. Seward in a bid to help the Confederacy’s cause.

4. Robert E. Lee’s Army of Northern Virginia had surrendered four days earlier, but Booth believed that the American Civil War was not yet over because Confederate General Joseph E. Johnston’s army was still fighting the Union Army. 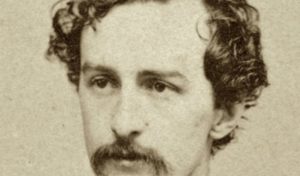 5. Booth was completely successful in carrying out his part of the plot.

6. He shot Lincoln once in the back of the head, and the President died the next morning.

7. Seward was severely wounded but recovered, and Vice President Johnson was never attacked.

8. After the assassination, Booth fled on horseback to southern Maryland and, 12 days later, arrived at a farm in rural northern Virginia, where he was tracked down.

9. Booth’s companion gave himself up, but Booth refused and was shot by Union soldier Boston Corbett after the barn in which he was hiding was set ablaze.

10. Eight other conspirators were tried and convicted, and four were hanged shortly after. 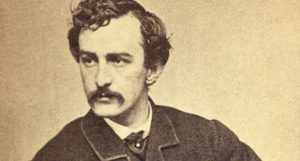 11. Booth was born in Bel Air, Maryland, the son of Junius Brutus Booth, an actor, and Mary Ann Holmes.

12. He was a spoiled child whose education was limited because of his failure to attend school regularly.

13. His father was often on the road, appearing in plays in other parts of the country, and he died when Booth was only 14 years old.

14. Booth was very handsome and charming, and he decided while still in his teens to become an actor like his father and his brother Edwin.

15. Although he sometimes refused to learn his lines and was unwilling to work very hard at acting, he had natural talent that made him popular in performances of the plays of William Shakespeare, especially in Richmond, Virginia.

16. In 1860, the year Lincoln was elected president, Booth became more popular as he played to approving audiences across the country.

17. Unlike the rest of his family, Booth had always been a supporter of the South.

18. He believed that the Civil War was necessary to maintain Southern freedom. 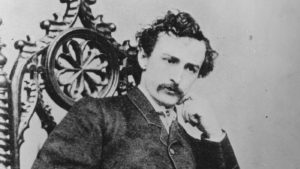 19. Booth resented the Northern position that slavery had to be outlawed.

20. He attended the execution of John Brown, one of the most famous abolitionists in history. Booth wrote that he considered abolitionists to be “traitors” and that they deserved the same fate as Brown.

21. When a breathing problem in 1863 forced Booth to leave the stage for a while, he began to work on a plan to kidnap President Lincoln and deliver him to Richmond.

22. He may have intended to use the President in an exchange to secure the release of some Confederate prisoners.

23. It’s not known whether this was all Booth’s idea or if he was acting on the orders of someone else. He enlisted six other Confederate supporters in the scheme.

24. In March, 1865, they planned to capture Lincoln near Washington, D.C., but the President failed to appear. Booth’s anger over the mission’s failure is believed to have led to his decision to assassinate Lincoln. 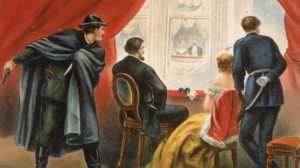 25. After being killed, Booth’s body was shrouded in a blanket and tied to the side of an old farm wagon for the trip back to Belle Plain.

26. There, his corpse was taken aboard the ironcald USS Montauk and brought to the Washington Navy Yard for identification and an autopsy.

27. The body was identified there was Booth’s by more than ten people who knew him.

28. Among the identifying features used to make sure that the man that was killed was Booth was a tattoo on his hand with his initials J.W.B., and a distinct scar on the back of his neck.

29. The body was buried in a storage room at the Old Penitentiary, later moved to a warehouse at the Washington Arsenal on October 1, 1867.

30. In 1869, the remains were once again identified before being released to the Booth family, where they were buried in the family plot at Green Mount Cemetery in Baltimore, after a burial ceremony conducted by Fleming James, minister of Christ Episcopal Church, in the presence of more than 40 people. 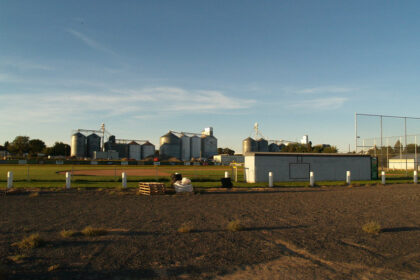 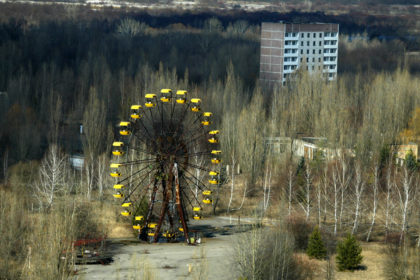 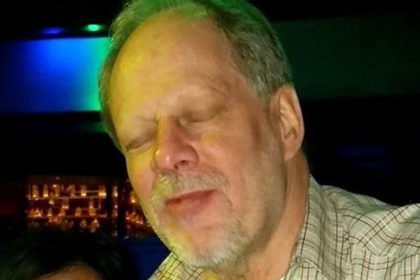