Ariana Grande-Butera is an American singer and actress. She began her career in 2008 in the Broadway musical 13, before playing the role of Cat Valentine in the Nickelodeon television series Victorious, and in the spinoff Sam & Cat, until 2014. Take a look below for 30 more fun and interesting facts about Ariana Grande.

1.Her music career began in 2011 with the soundtrack Music from Victorious.

3. The single “The Way”, opened in the top 10 of the Billboard Hot 100, with critics comparing her wide vocal range to that of Mariah Carey.

4. Her second studio album, My Everything, entered at number one in the United States and charted in the top 10 in 24 other countries. 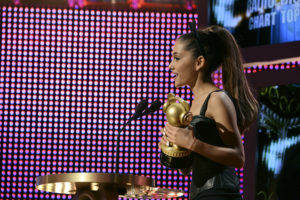 5. The single “Problem” and several other singles, were continuously in the top 10 of the Billboard Hot 100 for 34 weeks and had the most top 10 singles of any artist in 2014.

6. In 2016, Grande released her third studio album Dangerous Woman, which charted at number two on the Billboard 200.

7. The title track from Dangerous Woman debuted at number 10 on the Billboard Hot 100, making Grande the first person in the history of the chart to have the lead singles from each of their first three albums debut within the top 10 in the United States.

8. As of June, 2017, Grande’s music videos have been viewed a total of more than 9 billion times online.

10. All three of Grande’s albums have been certified platinum by the RIAA.

11. She has supported a wide range of charities and has a very large following on social media. 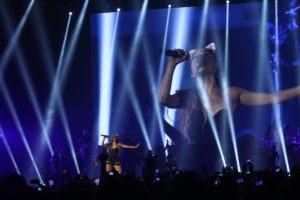 12. In 2016, Time Magazine named Ariana Grande as one of the 100 most influential people in the world on their annual list.

13. Grande’s name was originally inspired by Princess Oriana from Felix the Cat.

14. She has an older half-brother, Frankie Grande, who’s an actor, dancer and producer.

15. Grande was raised a Roman Catholic but abandoned Catholicism during the reign of Pope Benedict, citing opposition to the church’s stance on homosexuality noting that her brother Frankie is gay.

16. She has followed Kabbalah teachings since she was 12 years old, along with her brother Frankie.

17. When she was 10 years old, she co-founded the South Florida youth singing group Kids Who Care, which performed for charitable fund raising events and raised over $500,000 for charities in 2007 alone.

18. After watching Blackfish, she urged fans to stop supporting SeaWorld and has become a vegan. 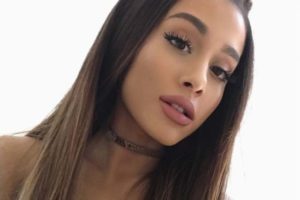 19. She has cited Cuban-American star Gloria Estefan as the person who inspired her to pursue a career in the music industry, after Estefan complimented a performance she saw Grande give on a cruise ship when she was 8 years old.

21. Her modest look early in her career was described as “age appropriate” compared with other pop stars who grew up in the public eye.

22. Grande had to dye her hair red every other week for the role in Victorious because the executive producer, Dan Schneider, didn’t want all the cast members to be brunettes, and the red hair was also a feature that the network felt would first the personality of Cat.

23. She loves to sleep in as little clothing as possible. She has stated that her, “grandmother encourages naked sleeping.”

24. She confessed that she swore and cursed a lot. She says that she has a “sailor mouth.”

25. On stage, Grande is known for her short skirts, crop tops and her signature white knee-high boots. 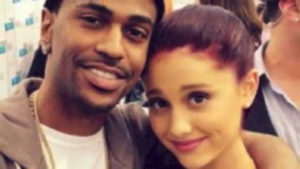 26. She was featured on Seventeen Magazine in a March, 2013, public campaign Delete Digital Drama to end online bullying along with Bridgit Mendler and Kat Graham.

27. She began dating Nathan Sykes, a member of The Wanted, in September, 2013. The couple separated a few months after they began dating.

28. One of her favorite board games is Monopoly and she has said that she never gets sick of the game even though it can take a long time to finish.

29. She’s a big hockey fan. She used to go to every home game of the Florida Panthers. 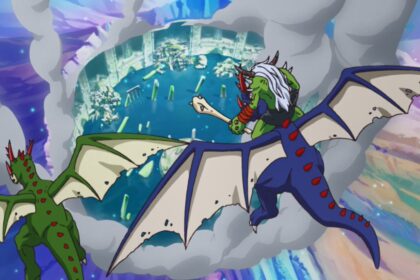 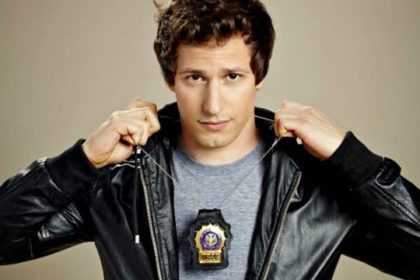 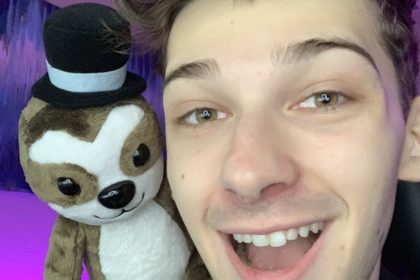