Pythagoras of Samos was an Ionian Greek philosopher and the eponymous founder of the Pythagoreanism movement. His political and religious teachings were well-known in Magna Graecia and influenced the philosophies of Plato, Aristotle and, through them, Western philosophy. Take a look below for 30 more fun and interesting facts about Pythagoras.

1. Knowledge of Pythagoras’ life is largely clouded by legend and obfuscation, but he appears to have been the son of Mnesarchus, a seal engraver on the island of Samos.

2. Modern scholars disagree regarding Pythagoras’s education and influences, but they do agree that, in around 530 BC, he traveled to Croton, where he founded a school in which initiates were sworn to secrecy and lived a communal, ascetic lifestyle.

3. Following Croton’s decisive victory over Sybaris in around 510 BC, Pythagoras’ followers came into conflict with supporters of democracy and Pythagorean meeting houses were burned.

4. Pythagoras may have been killed during his persecution, or he may have escaped to Metapontum, where he eventually died.

5. The teaching most securely identified with Pythagoras is metempsychosis, or the “transmigration of souls,” which holds that every soul is immortal and, upon death, enters into a new body. 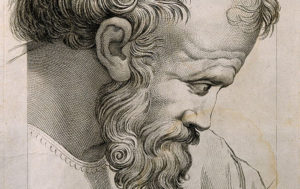 6. He may have also devised the doctrine of musica universalis, which holds that the planets move according to mathematical equations and thus resonate to produce an inaudible symphony of music.

7. He most likely prohibited his followers from eating beans, but he may or may not have advocated a strictly vegetarian diet.

8. Pythagoras is credited with many mathematical and scientific discoveries, including the Pythagorean theorem, Pythagorean tuning, the five regular solids, the Theory of Proportions, the sphericity of the Earth, and the identity of the morning and evening stars as the planet Venus.

9. It was said that Pythagoras was the first man to call himself a philosopher and that he was the first to divide the globe into five climatic zones.

10. Classical historians debate whether Pythagoras made the discoveries that he was credited with, and many of the accomplishment credited to him likely originated earlier or were made by his colleagues or successors.

11. Like many learned Greek researchers and philosopher, Pythagoras probably traveled extensively as a young man, leaving his island of Samos for Egypt, Africa and other parts surrounded by the Mediterranean. 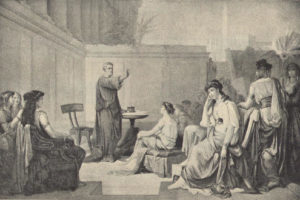 12. The core principles of his religious beliefs stated that everything is related to mathematics and numbers, a principle held by his followers.

13. The Pythagorean theorem is believed to have been used by the ancient Babylonians and the Indians, although their use of this is based on evidence of the understanding of the principle, and not on recorded writings.

14. The highly secretive nature of Pythagoras’ school has made it difficult to discern what role he actually played in discovering the theorem.

15. Pythagoras believed that he had already lived four lives, all of which he could remember. Others claimed that he was able to travel through space and time and could talk to plants and animals.

16. He believed that the Earth was round and that mathematics could explain the physical world. He also devised the triangular figure of 4 rows, adding up to 10 and believed the design to be sacred.

17. A special type of cup is credited to Pythagoras. The cup works normally when the user sips from it, although the contents are spilled if the user drinks too quickly.

18. He may have had a condition known as synesthesia. A person with this condition is said to be able to hear colors and see music, or associate smells with people’s names.

19. The philosopher Plato was influenced by Pythagoras, and thought that mathematics affected philosophy. Pythagoras also influenced the establishment of the Freemasons and other secret societies. 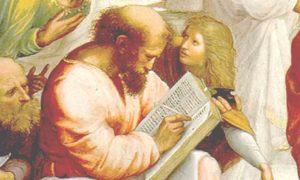 20. Pythagoras was an Ionian, which was one of the four main tribes of ancient Greece.

21. In approximately 530 BC, he moved from Samos to the city of Croton, which is in an area of Southern Italy where many ancient Greek city-states were located.

22. Pythagoreans practiced the religious beliefs established by Pythagoras and also studied his philosophical theories. It’s believed that Alcmaeon, one of the greatest medical theorists of ancient times, was one of his pupils.

24. At some point, for unknown reasons, the Pythagoreans were attacked and driven out of Croton, and other places, with many being killed.

26. His teaching underwent a major revival in the first century BC among Middle Platonists, coinciding with the rise of Neopythagoreanism. 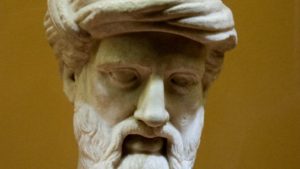 27. Pythagoras continued to be regarded as a great philosopher throughout the Middle Ages and his philosophy had a major impact on scientists such as Nicolaus Copernicus, Johannes Kepler and Isaac Newton.

28. Pythagorean symbolism was used throughout early modern European esotericism and his teachings as portrayed in Ovid’s Metamorphoses influenced the growth of the vegetarian movement.

29. According to legend, Pythagoras discovered that musical notes could be translated into mathematical equations when he passed blacksmiths at work one day and heard the sound of their hammers clanging against the anvils.

30. Pythagoras was said to have had extraordinary success in dealing with animals. A fragment from Aristotle records that, when a deadly snake bit Pythagoras, he bit it back and killed it. 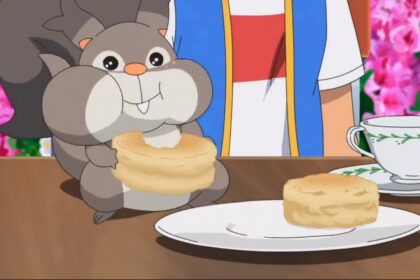 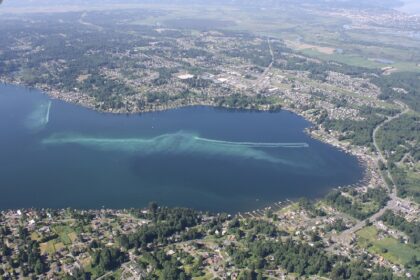 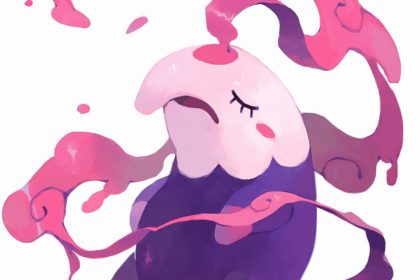