Donald McKinley Glover Jr., born September 25, 1983, is an American actor, comedian, writer, director, producer, singer, songwriter, rapper and DJ. He performs under the musical stage name Childish Gambino and as a DJ under the name mcDJ, although Glover’s next album will be his last under his stage name. Take a look below for 30 more fun and interesting facts about Donald Glover.

1. Glover first came to public attention for his work with Derrick Comedy while a student at New York University, and Tina Fey hired him at age 23 as a writer for the NBC sitcom 30 Rock.

3. He stars in the FX series Atlanta, which he created and occasionally directs. 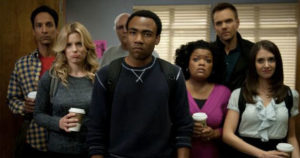 6. He will provide the voice of Simba in a remake of the Disney movie The Lion King.

7. After several self-released albums and mixtapes, Glover signed to Glassnote Records in 2011.

8. He released his first album, Camp, on November 15, 2011, to generally positive reviews.

9. His second studio album, Because the Internet, was released on December 10, 2013.

10. Glover’s third album Awaken, My Love!, was released on December 2, 2016, spawning the single “Redbone”, which peaked at number 12 on the Billboard Hot 100, and eventually earned him a Grammy Award for Best Traditional R&B Performance.

11. In 2017, Glover was included on the annual Time 100 list of the most influential people in the world.

12. Glover was born at Edwards Air Force Base in Kern County, California.

13. He was raised in Stone Mountain, Georgia. His mother, Beverly, is a retired daycare provider, and his father, Donald Glover Sr., is a retired postal worker.

14. His parents served as foster parents for 14 years.

15. Glover was raised as a Jehovah’s Witness.

16. He attended DeKalb School of the arts and was captioned “Most Likely to Write for The Simpsons” in his high school yearbook.

17. Glover graduated from the New York University Tisch School of the Arts with a degree in Dramatic Writing.

18. While at Tisch, Glover self-producer the independent mixtape The Younger I Get, which wasn’t released and was disowned by Glover for being “too-raw ramblings” of what he calls a “decrepit Drake.” 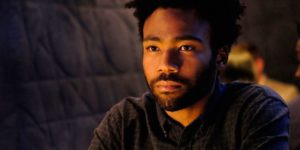 19. He auditioned to play Barack Obama on Saturday Night Live but lost to Fred Armisen.

20. He got the name Childish Gambino from a Wu-Tang Name Generator he found online.

21. In her 2011 book, “Bossypants,” Tina Fey said that during the early years of the show, Donald Glover was 30 Rock’s only black writer. She also said that he was so young that when he started on the writing staff, he was still living in a New York University dorm and working there as a Resident Adviser. Since he came from a large family in Stone Mountain, Georgia, Fey said that Glover was especially good at writing for the character of Kenneth, who was also supposed to be from Stone Mountain.

22. He’s the second African American performer to win an Emmy for Outstanding Lead Actor in a Comedy Series. He followed Robert Guillaume, who won in this category in 1985, in 2007.

23. When he decided to leave 30 Rock in 2009 to try acting, he had the full support of Tina Fey. Fey later wrote that of the many comedy writers she has known in her career who thought they should become actors, Glover was the only one she believed deserved to make it. She recalled thinking, “One hundred percent, he should go be a star.”

24. In an interview with The Guardian Glover stated, “I’m influenced by LCD Soundsystem as much as Ghostface Killah. A lot of the rap shows I saw as a kid were boring, but if you went to a Rage Against the Machine show or a Justice show, the kids were losing their minds. Kids just want to go nuts, Odd Future knows that. People want to experience something physical.” 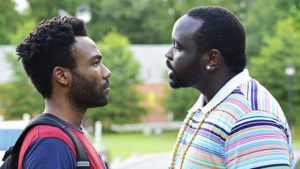 26. Rapper Vince Staples talks of Glover’s ability to constantly reinvent himself while actor and writer Naren Weiss cites his versatility as a source of inspiration.

27. Grover has a younger brother, writer and producer Stephen Grover, who was also nominated for an Emmy for Outstanding Writing for a Comedy Series for Atlanta.

28. In January 2017, Glover announced that he and his partner, Michelle, had a son in early 2016. In June, before performing “Baby Boy” in a tribute to his son, he revealed his name as Legend.

29. In September, he announced that he and Michelle were expecting a second son, who was born in January 2018. 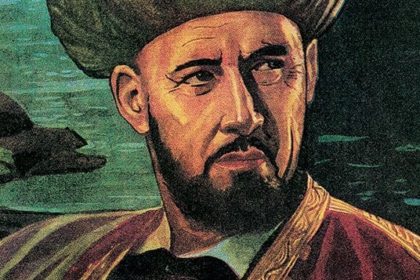 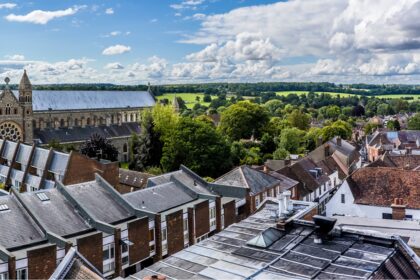 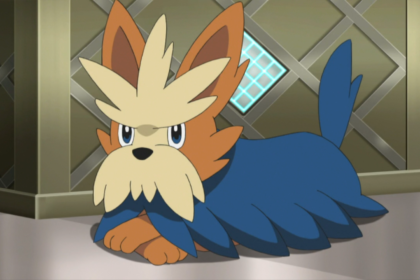