The Maltese Falcon is a 1941 film noir written and directed by John Huston in his directorial debut, and based on Dashiell Hammett’s 1929 novel of the same name. The movie stars Humphrey Bogart as private investigator Sam Spade and Mary Astor as his femme fatale client. Take a look below for 30 more fun and fascinating facts about The Maltese Falcon.

1. The story follows a San Francisco private detective and his dealings with three unscrupulous adventurers, all of whom are competing to obtain a jewel encrusted falcon statuette.

2. The movie premiered on October 3, 1941, in New York City, and was nominated for three Academy Awards.

3. The Maltese Falcon was selected for inclusion in the Library of Congress’ National Film Registry in 1989.

4. The movie is part of Roger Ebert’s “Great Movies” series and was cited by Panorama du Film Noir Americain as the first major film noir.

5. Three of the statuettes still exist and are conservatively valued at over $1 million each. This makes them some of the most valuable film props every made. In fact, each statuette is now worth more than three times what the movie cost to make. 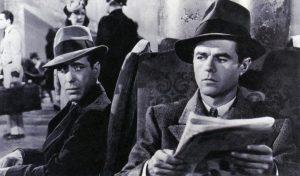 6. Two “Maltese Falcons” were used because Humphrey Bogart accidentally dropped the original during shooting. It’s on display in the movie museum at Warner Brothers studios; its tail feathers are visibly dented from when Bogart dropped it.

7. John Houston had Mary Astor run around the set several times before each of her scenes in order to give her a breathless, nervous appearance on screen.

8. Humphrey Bogart had to supply his own wardrobe. This was common practice at Warner Brothers as a way for the studio to save some money.

9. Much of the movie is filmed over Humphrey Bogart’s shoulder so that the audience can be in on his point of view.

10. When she landed the part of Ilsa in Casablanca, Ingrid Bergman watched The Maltese Falcon repeatedly so she could study Humphrey Bogart’s acting technique.

11. Warner Brothers planned to change the name of the movie to “The Gent from Frisco” because the novel’s title had already been used for the 1931 movie The Maltese Falcon. The studio eventually agreed to keep the original title at John Huston’s insistence. 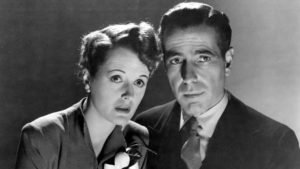 12. The unusual cigarette lighter that’s found on Sam Spade’s desk is a Ronson Touch-Tip table model. Made by Ronson Co. from 1935 to 1951, it’s a classic example of the art deco style that dominated that era. Originals are so sought after by collectors that at least one company now exists that is entirely dedicated to restoring original examples to full working order.

13. Mary Astor was having an affair with John Huston during the making of The Maltese Falcon.

15. Although he story-boarded every scene, John Huston was open to abandoning his plans if his more experienced cast came up with something better. He estimated that three quarters of the time he used his original set-ups, but for the remaining quarter, he adopted ideas that the cast had come up with during rehearsal.

16. The Maltese Falcon is the first pairing of Sydney Greenstreet and Peter Lorre, who would go on to make nine more movies together.

17. Walter Huston did his uncredited cameo as a good luck gesture for his son. He had to promise to the notoriously tight head of studio, Jack L. Warner, that he wouldn’t charge for his appearance. 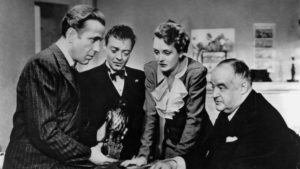 18. The opening scroll about the history of the Maltese Falcon is entirely made up.

19. As a joke, Walter Houston kept fumbling his walk-on cameo so his son John Huston had to do lots of different takes.

20. It was producer Henry Blanke who gave John Huston what he recalled as the single greatest piece of advice that he would ever receive as a director: “Shoot each scene as if it was the most important scene in the movie.”

22. According to Mary Astor in her autobiography “A Life on Film,” Sydney Greenstreet was very nervous before his first scene and remarked, “Mary, dear, hold my hand, tell me I won’t make an ass of meself!”

24. Most of The Maltese Falcon was shot sequentially. 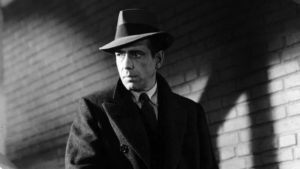 25. For decades, the movie couldn’t be legally shown on U.S. television stations because of its underlying suggestions of “illicit” sexual activity among the characters.

26. As Sydney Greenstreet performed his first scene flawlessly, John Huston held his breath, which was a nervous tic that stayed with him throughout his career as a director.

28. To cast Humphrey Bogart, Warner Brothers took him off his suspension for refusing to appear in Bad Men of Missouri.

29. Humphrey Bogart has absolutely no resemblance to the character of Sam Spade as described in his book. There, he is over 6 feet tall, has a hooked nose and blonde hair. 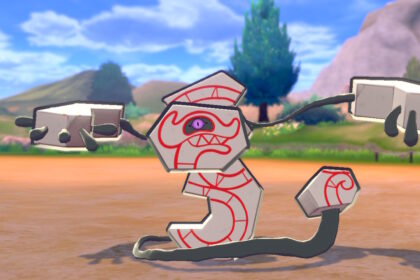 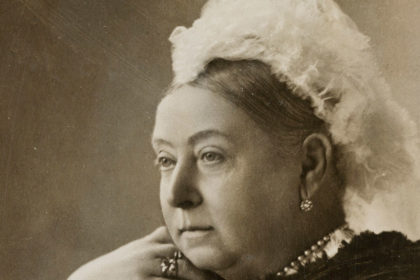 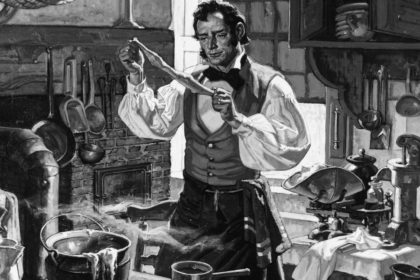