Sharpedo is a dual type Water and Dark Pokemon introduced in Generation III. It evolves from Carvanha starting at level 30. It can Mega Evolve into Mega Sharpedo using the Sharpedonite. Take a look below for 30 fun and fascinating facts about Sharpedo.

2. It has a large mouth filled with triangular, sharp teeth.

3. Its eyes are a deep red color and glow in the dark.

4. It has two gill slits situated directly behind each eye.

5. It is mostly dark blue with a white underbelly.

7. It has a tall dorsal fin with two notches cut into it, with a pelvic fin directly opposite it.

8. Its two pectoral fins are arranged so that they resemble the fins on the back of a torpedo.

9. As Mega Sharpedo, the fangs in its mouth have transformed, and the horns that have sprouted from its nose are fangs that can be regrown countless times. The yellow patterns on its body are old resurfaced scars that were carved in battle, causing it sharp pain and suffering. With explosive propulsion, it can exceed 125 mph in an instant.

10. Sharpedo swallows and shoots out jets of seawater from its rear, which allows it to swim 75 to 80 miles per hour. However, it is unable to swim long distances.

11. It is feared and known as Bully of the Sea, or Gangs of the Sea as a group, due to its sharp teeth.

12. It was once prized for its dorsal fin as a food item and has been a victim of overfishing.

13. Its fangs can rip through iron and steel, being able to tear apart a supertanker into pieces.

14. When its fangs fall out, they grow back immediately.

15. It is very sensitive to the scent of blood. It lives in the sea.

16. Sharpedo is known to prey on Wailmer, particularly small ones.

17. In Pokémon Omega Ruby and Alpha Sapphire, if a player surfs on a Sharpedo, it will have its own model, and it can surf significantly faster than other Pokémon. However, it is impossible to fish while surfing on a Sharpedo, the game stating, “It’s too risky to let go now!” An NPC on Route 124 refers to this as “speed surfing” if the player admits ignorance to their question.

18. Due to the censor that prevents Pokémon with offensive nicknames from being traded on the GTS, an English-language Sharpedo cannot be traded on the GTS without a nickname in Pokémon Black and White.

19. Sharpedo shares its category name with Hydreigon. They are both known as the Brutal Pokémon.

20. In a demo version of Ruby and Sapphire shown at Pokémon Festa 2002 in Japan, players started with a level 12 Sharpedo with no Ability. This was most likely done for the purpose of the demo only.

22. Sharpedo’s Pokédex entry for Moon states “It has a sad history. In the past, its dorsal fin was a treasured foodstuff, so this Pokémon became a victim of overfishing.” This is likely a reference to shark finning in the real world, where wild sharks are caught, have their fins cut off, and the still alive shark is thrown back in the water to die. Because of the practice, many species of sharks around the world are listed as threatened or endangered by the IUCN.

23. Sharpedo and Carvanha are the only Dark-type Pokémon to have a piscine body.

24. Sharpedo is based on a shark with the body of a torpedo. It also looks like a shark that has been cut in half. Its general body shape is also similar to an ocean sunfish. Both fish are known for their sandpaper-like skin. Mega Sharpedo seems to also be based on a sawshark or sawfish.

25. Sharpedo is a combination of shark and torpedo. It may also involve sharp, referring to its fins and Rough Skin Ability.

26. Multiple Sharpedo appeared in Sharpedo Attack!. They attacked Ash and his friends, plus Mr. Briney, while they were at an uncharted, crescent-shaped island. They gained the pod’s trust when Brock healed their leader’s injury, which had been inflicted when it came across Team Rocket.

27. Multiple Sharpedo appeared in PK13, where they were attacking Pikachu and the others to across the deserted island, where an Aggron tied up an Azumarill.

28. Four Sharpedo appeared in Pokémon Ranger and the Kidnapped Riolu! (Part 1), under the ownership of J’s henchmen. They were used to attack Ash and his friends, along with Kellyn.

29. Multiple Sharpedo appeared in Going for the Gold!, where they were accidentally attracted by Clemont’s invention, which was meant to lure in a golden Magikarp.

30. A Sharpedo that can Mega Evolve appeared in Volcanion and the Mechanical Marvel, under the control of Levi and Cherie’s Mega Wave. Sharpedo was used to battled against Ash’s Pikachu, Greninja, Talonflame, Hawlucha, and Noivern. It was later freed from their control when Alva’s Mega Wave Crystal was destroyed, and it escaped. 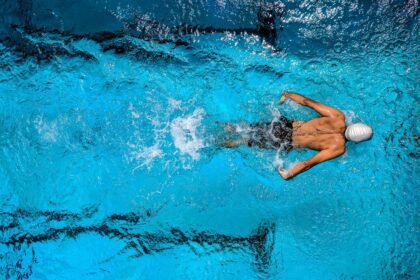 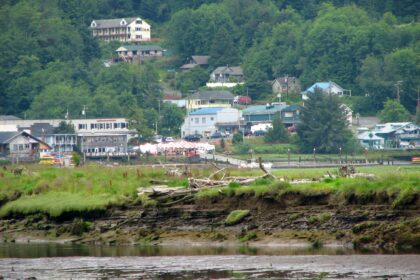