1. Set in Modesto, California in 1962, the movie is a study of the cruising and rock and roll cultures popular among the post-World War II baby boom generation.

2. The movie is told in a series of vignettes, telling the story of a group of teenagers and their adventures over a single night.

3. The genesis of American Graffiti was in George Lucas’ own teenage years in early 1960s Modesto.

4. Filming was initially set to take place in San Rafael, California, but the production crew was denied permission to shoot beyond a second day.

5. American Graffiti premiered on August 2, 1973, at the Locarno International Film Festival in Switzerland and was released on August 11, 1973, in the United States. 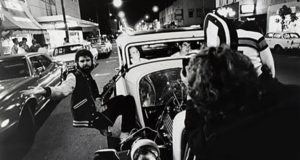 6. American Graffiti received widespread critical acclaim and was nominated for the Academy Award for Best Picture.

8. Since its initial release, American Graffiti has gained an estimated return of well over $200 million in box office gross and home video sales, not including merchandising.

9. In 1995, the United States Library of Congress deemed the movie, “culturally, historically, or aesthetically significant,” and selected it for reservation in the National Film Registry.

10. Due to the low budget, George Lucas wasn’t able to pay all of the crew members. He offered to give many of them a screen credit in lieu of payment, and they accepted. Traditionally, only department heads received screen credit. Giving screen credit to so many crew members has now become a tradition, which is why closing credits last so long now.

11. Harrison Ford was asked to cut his hair for the movie. He refused, stating that his role was too short, and offered to wear a hat instead. 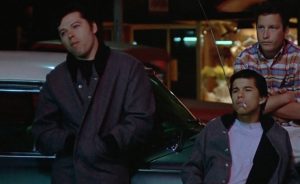 12. When Charles Martin Smith pulls up on the Vespa in the beginning, his crash into the building wasn’t scripted. He genuinely lost control of his bike and Lucas kept the cameras rolling.

13. When Wolfman Jack makes an on-air prank call to Pinky’s Pizza, the voice on the other end belongs to George Lucas.

14. Ironically, George Lucas missed his high school reunion because he was too busy shooting American Graffiti.

15. Wolfman Jack, who played himself in the movie, was specifically chosen by George Lucas to play a role in the movie because Lucas remembered listening to him on the radio when Lucas was in high school.

16. The owner of the Thunderbird was never more than a few feet away from his prized possession during filming, and was always wiping her down. He also drove Suzanne Somers crazy telling her what to do and what no to do.

17. The film was shot in sequence, so as filming went on and the actors grew tired from the shooting schedule, the characters they played would also look more and more tired as the night went on.

18. Dissatisfied with the name “American Graffiti,” producers Francis Ford Coppola and Ned Tanen suggested that George Lucas rename it, “Another Slow Night in Modesto” or “Rock Around the Block.” 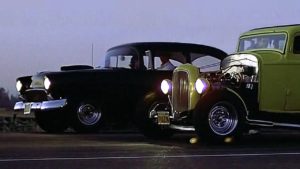 20. Screenwriters Willard Huyck and Gloria Katz wanted an additional title card at the end detailing the fates of the women, but George Lucas refused, arguing it would prolong the ending.

22. Richard Dreyfuss recalls that he was often called onto the set early during camera setups because the plaid shirt he wears for much of the movie made for an effective test pattern.

23. About 300 pre-1962 cars were needed to create the cruising scenes, and over 1,000 classic car owners who responded to ads in local newspapers were interviewed.

24. The street gang The Pharaohs that “kidnap” Richard Dreyfuss in the movie are based on George Lucas’ car club cohorts growing up in Modesto called The Faros.

25. Paul Le Mat, Harrison Ford, and Bo Hopkins were often drunk between takes, and had conducted climbing competitions to the top of the local Holiday Inn sign. 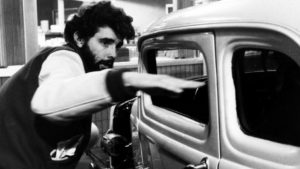 26. The playing of “oldies” in the soundtrack became part of a 1970s trend where various recordings by the original artists were used to score a movie.

27. The movie was shot almost exclusively at night.

28. Fred Roos, a former casting director on The Andy Griffith Show, suggested Ron Howard for Steve Bolander. Howard accepted the role to break out of the mold of his career as a child actor.

29. Harrison Ford was arrested one night while in a bar fight and kicked out of his motel room.

30. The Douglas DC-7 airplane, shown at the end of the movie was previously owned by the rock group Grand Funk Railroad. 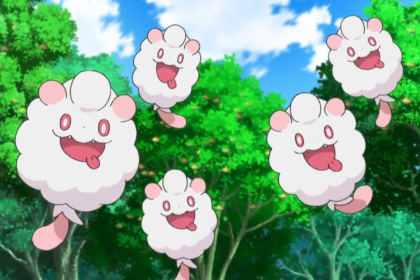 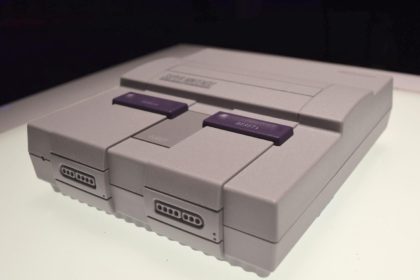 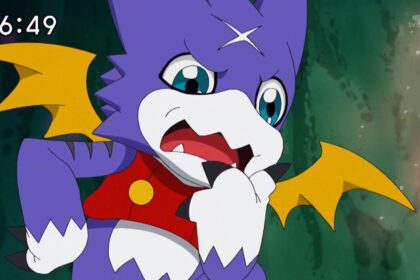