Guglielmo Marconi was an Italian inventor and electrical engineer known for his pioneering work on long distance radio transmission and for his development of Marconi’s law and a radio telegraph system. He’s credited as the inventor of radio, and he shared the 1909 Nobel Prize in Physics with Karl Ferdinand Braun, “in recognition of their contributions to the development of wireless telegraphy.” Take a look below for 30 more awesome and interesting facts about Guglielmo Marconi.

1. Marco was an entrepreneur, businessman, and founder of the Wireless Telegraph and Signal Company in the United Kingdom in 1897, which became the Marconi Company.

2. He succeeded in making an engineering and commercial success of radio by innovating and building on the work of previous experimenters and physicists.

3. In 1929, Marconi was ennobled as a Marchese by King Victor Emmanuel III of Italy and, in 1931, he set up the Vatican Radio for Pope Pius XI.

4. Marconi was born into the Italian nobility as Guglielmo Giovanni Maria Marconi in Bologna on April 25, 1874, the second son of Giuseppe Marconi, an Italian aristocrat landowner from Porretta Terme, and his Irish and Scottish wife Annie Jameson, daughter of Andrew Jameson.

5. Between the ages of two and six, Marconi and his elder brother Alfonso were brought up by his mother in the English town of Bedford. 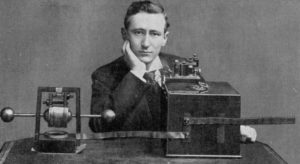 6. After returning to Italy, and at the age of 18, Marconi became a neighbor of University of Bologna physicist Augusto Righi who had done research on Heinrich Hertz’s work.

7. Righi permitted Marconi to attend lectures at the university and also to use the University’s laboratory and library.

8. Marconi received further education in Florence at the Istituto Cavallero and, later, in Livorno.

9. Marconi didn’t do well in school, according to Robert McHenry, though historian Giuliano Corradi characterizes him in his biography as a true genius.

10. He was baptized as a Catholic but had been brought up as a member of the Anglican Church, being married into it, although his marriage was latter annulled.

11. He was confirmed in the Catholic faith and became a devout member of the Church before his marriage to Maria Cristina in 1927. 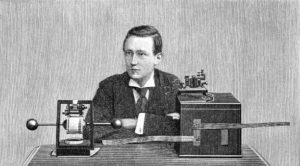 12. In 1888, Heinrich Heinz published his findings on electromagnetic radiation or radio waves and Professor Righi had done research on Hertz’s work and shared some of his work with Marconi, who continued to experiment with wireless telegraphy.

13. In the summer of 1895, Marconi moved his experiments outside and set up an antenna which increased the range of his wireless telegraph significantly.

14. Because Marconi was unable to interest the Italian government in funding his research, he and his mother left for London in 1896.

15. On May 13, 1897, Marconi sent the first ever wireless signal over open sea and so impressed William Preece, the Chief Electrical Engineer of the British Post Office that he introduced Marconi’s work to the Royal Institution on June 4, 1897.

16. In 1899, Marconi traveled to the U.S. at the invitation of The New York Herald to cover the America’s Cup yacht races and on November 15, 1899, the ocean liner SS St. Paul on which he was returning to England was the first to use wireless to report her immanent arrival.

17. On January 18, 1901, Marconi sent the first transatlantic radio message originating in the U.S. and it was a greeting from President Theodore Roosevelt to King Edward VII of Great Britain.

18. Marconi received much recognition and many international honors for his work.

19. In 1909, Marconi shared the Nobel Prize in Physics with Karl Braun and in 1918, he received the Franklin Institute’s Franklin Medal. 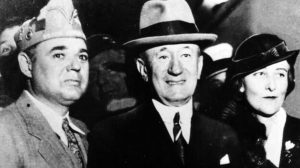 20. In 1914, Marconi was made a Senator in the Italian Senate and was appointed Honorary Knight Grand Cross of the Royal Victorian Order.

21. In 1929, he was elevated to Marquis by King Victor Emmanuel III of Italy.

22. Marconi was twice engaged to American feminists: Josephine B. Holman, a graduate of the Indianapolis Classical School for Girls as well as Bryn Mawr, and Inez Milholland, a Greenwich Village social activist who famously led a 1913 suffragist parade riding a white horse.

23. He was the first inventor-entrepreneur to win a Nobel Prize, for Physics, in 1909.

24. No one would have survived the Titanic disaster had it not been equipped with a Marconi transmitter. Thanks to the wireless technology, the nearby Carpathia arrived at the scene in time to save 705 passengers and crew members.

25. Marconi was the first person to speak publicly about what we now call cellphones, tasers and radar. 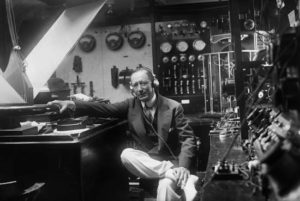 26. He was an Italian delegate to the Paris Peace Conference, after the First World War. He met privately with U.S. President Woodrow Wilson in Paris, but was unable to convince Wilson to support Italian postwar claims to parts of the dismantled Austro-Hungarian Empire.

27. Marconi’s company was involved in the founding of both NBC and BBC.

28. In England, the Marconi company was the lead members of a consortium of electrical equipment manufacturers that formed the British Broadcasting Company.

29. For nearly twenty years, Marconi’s home was a 220 foot yacht that he christened the Elettra. Marconi purchased the boat, which had been built for an Austrian prince, from the British government after the First World War.

30. Marconi was a member of Mussolini’s Grand Council of Fascism. He joined the National Fascist Party in 1923 and served Mussolini as president of Italy’s National Research Council, and the Royal Academy of Italy. 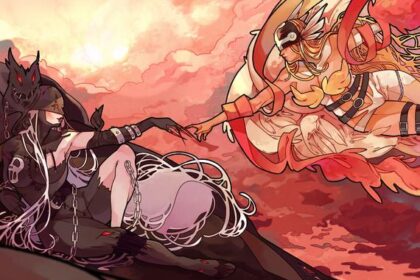 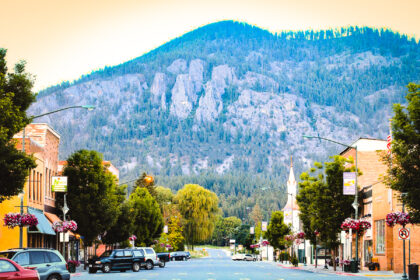 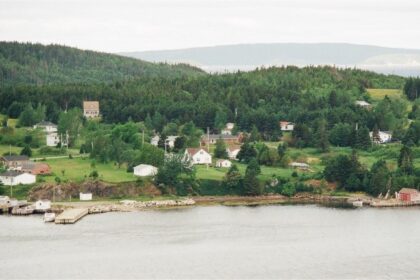