Frogs belong to the Amphibian group of animals. They’re known for their jumping abilities, croaking sounds, bulging eyes and slimy skin. There are approximately 4,800 species of frogs around the world. Take a look below for 25 more interesting and fun facts about frogs.

1. Frogs usually live in forested and wetland areas. They mostly live in water, or within ground cover, in trees and sometimes in grasslands as well as deserts.

2. Their lifespan varies widely from each species. Some species can live for a year while others live for 30 years.

3. The goliath frog, Conraua goliath, is the largest living frog in the world. They can grow to be 32 centimeters, or 12.6 inches, in length from snout to vent. They can weigh up to 3.25 kilograms, or 7.17 pounds.

4. The gold frog, Psyllophryne didactyla, is the smallest frog in the world. It can grow up to 1 centimeter, or 0.39 inches, long and can weigh about 1 gram, or 0.035 ounces.

5. While the majority of frogs are diurnal, some are nocturnal. 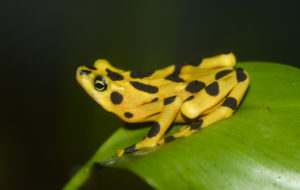 7. They’re mostly solitary animals, though they aren’t territorial, with the exception of breeding season.

8. They have a moist and permeable skin layer that covers their mucous glands. This is what allows them to breathe through their skin, as well as their lungs.

9. The moisture on a frog’s skin dissolves oxygen from the air and water surrounding the frog and transmits it into the blood.

10. When they’re submerged under water or buried in soil, like when they are during hibernation, they only breathe through their skin.

11. Their skin is water permeable, which means that they can let water in and out. they don’t drink water with their mouth, which is why they absorb it through the skin.

12. Frogs have a seat pouch, which is an area on their bellies that is designed for water absorption. It’s absorbed through capillary action from the water or a moist surface.

13. Frogs are primarily carnivores, which means that they feed on prey. Their usually diet consists of insects such as flies, mosquitoes, moths, dragonflies, grasshoppers, worms, snakes, mice, baby turtles, small fish and other small frogs.

14. Their use their sticky and muscular tongue to catch and swallow food. Their tongue isn’t attached to the back of their mouth, instead its attached to the front, which is what allows it to stick its tongue out much further.

15. Frogs don’t hunt, they rather wait for their prey to come close enough for them to strike. They can’t chew their food, which is why they swallow it whole.

16. Since they’re cold blooded, they don’t need to feed often to support their metabolism. 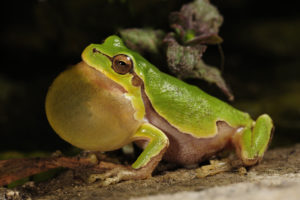 17. During extreme conditions, they can enter a state of torpor, which is a state of decreased physiological activity, and remain inactive for months. In colder regions, they’re known to hibernate for months.

18. Some species of frog can jump up to 20 times their own body length in a single leap.

19. When they feel threatened, some species of frog will jump into a puddle or pond where they can hide.

20. They can see forwards, sideways and upwards all at the same time. They never close their eyes, even when they sleep. However, they have eyelids that blink to protect their eyes from dirty residue and preserve their moisture.

21. Frogs use their eyes to help them swallow food. When swallowing a big mouthful, the frog will blink its eyes. The blinking pushes its eyeballs down on top of its mouth. This helps squeeze the food in its mouth and into its throat.

22. Their ears are called tympanums, and they look like a flat, disc shaped patch of skin that’s directly adjacent to each eye.

23. In the majority of frog species, only the male frog croaks. They croak to attract female frogs for breeding, and to warn other male frogs to stay off their territory.

24. African frogs are the best jumpers out of all other species. They’re able to hop 4.2 meters, or 14 feet, in a single bound.

25. Waxy tree frogs don’t hop but walk like a chameleon, using their opposable first fingers and toes to grip branches. 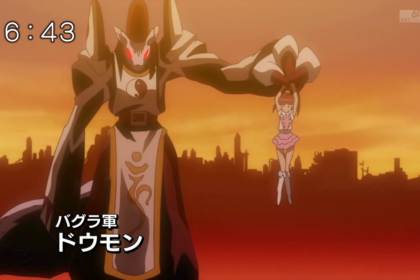 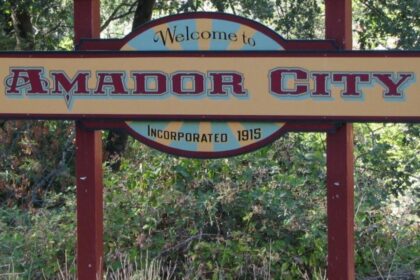 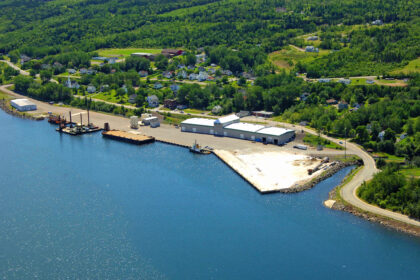