Cheddar cheese is a relatively hard, off-white, or orange if spices such as annatto are added, sometimes sharp-tasting natural cheese. It originated in the English village of Cheddar in Somerset. Take a look below for 25 more fun and interesting facts about Cheddar cheese.

1. Cheeses of this style are produced beyond the region and in several countries around the world.

2. Cheddar is the most popular cheese in the United Kingdom, accounting for 51% of the country’s 1.9 billion pound sterling annual cheese market.

3. Cheddar cheese is the second most popular cheese in the United States, second to mozzarella, with an average annual consumption of 10 pounds, or 4.5 kilograms, per capita. 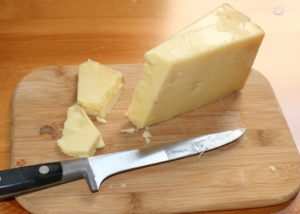 5. The term “Cheddar cheese” is widely used, but has no protected designation of origin within the European Union.

6. In 2007, a Protected Designation of Origin, “West Country Farmhouse Cheddar”, was created and only Cheddar produced from local milk within Somerset, Dorset, Devon and Cornwall and manufactured using traditional methods may use the name.

7. Cheeses that are more similar in taste and appearance to Red Leicester are sometimes popularly marketed as Red Cheddar.

8. Cheddar Gorge, on the edge of Cheddar, Somerset, contains many caves, which provided the ideal humidity and steady temperature for maturing Cheddar cheese.

9. Cheddar cheese traditionally had to be made within 30 miles, or 48 kilometers, of Wells Cathedral.

10. Cheddar cheese has been produced since at least the 12th century. 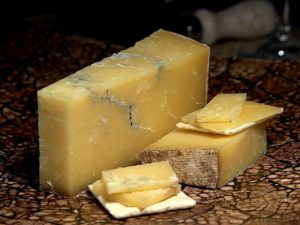 12. The Romans may have brought the recipe to Britain from the Cantal region of France.

13. Central to the modernization and standardization of Cheddar cheese was the 19th century Somerset dairyman Joseph Harding.

14. For his technical innovations, promotion of dairy hygiene, and volunteer dissemination of modern cheese-making techniques, Joseph Harding has been named “the father of Cheddar cheese.”

15. The Joseph Harding method was the first modern system for Cheddar production based upon scientific principles.

16. Joseph Harding’s sons, Henry and William Harding, were responsible for introducing Cheddar cheese production to Australia and facilitating the establishment of the cheese industry in New Zealand. 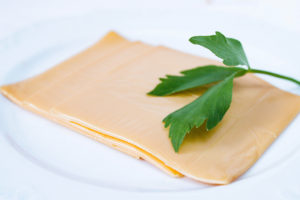 17. During World War II, and for nearly a decade after, most milk in Britain was used for the making of one single kind of cheese nicknamed “government Cheddar” as part of war economic and rationing.

18. Before World War I, there were more than 3,500 cheese producers in Britain, yet fewer than 100 remained after World War II.

19. According to a United States Department of Agriculture research, Cheddar cheese is the world’s most popular variety of cheese, and the most studied type of cheese in scientific publications.

20. According to local legend, Cheddar cheese was discovered by accident over 800 years ago when a milkmaid left a pail of milk in the nearby Cheddar Gorge caves and returned some time later to find the milk had turned into cheese.

21. The caves at Cheddar Gorge in Somerset, England are a constant temperature of 7 degrees, providing the optimum temperature for the cheese to mature.

22. During his time in office, between 1829 and 1837, United States President Andrew Jackson once held an open house party at the White House at which he served a 1,400 pound block of Cheddar cheese. 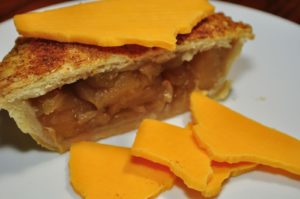 23. A giant wheel of Cheddar cheese was presented to Queen Victoria in England for a wedding gift in 1840, it weighed over 1,000 pounds. An average Cheddar wheel weighs just 60 to 75 pounds. 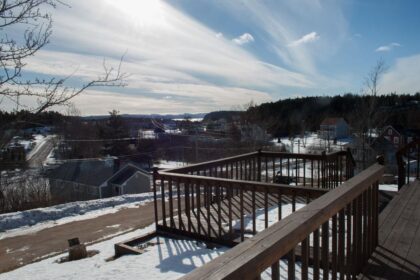